On September 11, 2001, the global security posture drastically changed in just a matter of hours. The US military had not conducted large-scale combat operations since the first Gulf War era and this too was all about to change. That morning at 8:46am in New York City an American Airlines Boeing 767 jetliner piloted by 5 hijackers slammed into the north tower of the World Trade Center. Then at 9:02am a second hijacked 767 aircraft crashed into the center’s south tower. Next at 9:37am a hijack 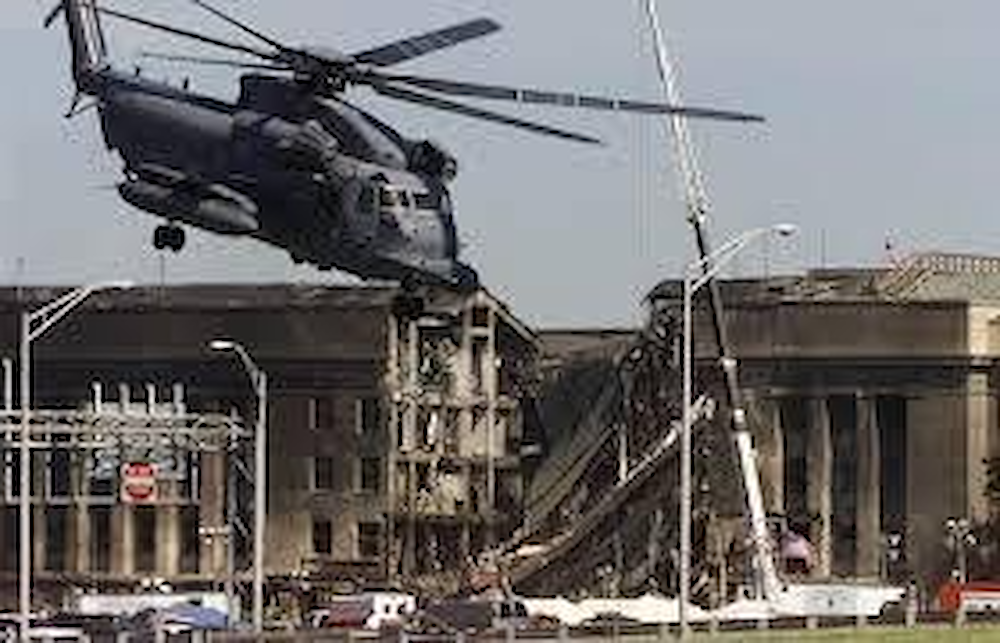 ed into the west wall of the Pentagon near DC. Finally, following a heroic attempt by passengers to re-take control, a hijacked United Flight 93 crashed in a rural Pennsylvania field. Later, the 9-11 Commission revealed that the hijacked Flight 93’s intended target was believed to be the White House or US Capitol Building. By 10:51am, both towers of the World Trade Center and five floors of the west Pentagon had all collapsed. In total, 2,996 people would become casualties, even exceeding the 2,408 US casualties on December 7, 1941 at Pearl Harbor. The United States was under attack and being propelled into war.

By the late afternoon of September 11 in Stuttgart, the garrison was locking down rapidly in response. The local posts were all placed in “force protection level Delta” providing the most proactive security possible. Quick reaction teams comprised of armed service members went into action at every gate as a result of the heightened state of alert. All vehicles entering Patch Barracks were searched as a prudent measure, DoD schools were closed, and families were directed to remain in their residences. At that point there was no way to tell if follow-on coordinated attacks against US assets or installations abroad were imminent.

Despite heightened tensions, the succeeding days witnessed an outpouring of solidarity from the local German community. Local residents steadfastly showed their support for the American garrison, and families lined the roads entering Patch Barracks displaying handmade signs. Masses of flowers were also laid at the entrance creating makeshift memorials in remembrance of the thousands of Americans who had died in the attacks. In an interview with Armed Forces Network shortly after the attacks, Marine Corps General Charlton Fulford, the USEUCOM Deputy Commander, expressed his initial thoughts and said: “I think my first reaction was horror, and then my second reaction was anger – for anyone to do this to any nation in the world, much less the United States of America.”

Back in the US, the initial DoD response began when Federal Aviation Administration (FAA) controllers advised the Northeastern Air Defense Sector (NEADS) at 08:36am that American Airlines Flight 11 had been hijacked. Some eight minutes later Flight 11 slammed into the World Trade Center North Tower. Confusion ensued as FAA controllers didn’t realize that multiple other aircraft were being hijacked simultaneously. The first response scramble, two fighters from Otis Air National Guard Base in Massachusetts, launched in response to an FAA request for assistance with respect to American Flight 11, but that plane had already crashed by the time the fighters took off. More than 35 minutes later; the second scramble, three fighters from Langley Air Force Base, launched in response to a faulty FAA report that American Flight 11 was still aloft and headed toward Washington, DC. This aircraft would later turn out to actually be United Flight 93. In sum, four fully-armed fighters and one back-up aircraft (armed with only 20mm training rounds) launched to intercept the hijacked aircraft, but none ever made contact in time primarily due to timing of communications from FAA to NEADS. Those five aircraft represented the beginning of Operation Noble Eagle (ONE) which would ultimately restructure the US military response plan to any hijacking event and maintained nearly continuous air patrols over Washington DC and New York City until spring 2002.

On September 12, 2001, NATO invoked Article V declaring the attack on September 11 against the United States as an attack against all NATO members. This historic action marked the only time since the alliance’s creation in 1949 that Article V had been invoked. Later on October 8, the alliance initiated Operation EAGLE ASSIST by deploying airborne warning and control system (AWACS) aircraft and crews from 12 participating nations to assist in patrolling North American skies. This also marked the first time NATO forces had deployed to the U.S. for a real contingency. By the time the operation ended on May 16, 2002, seven of the AWACS aircraft had flown over 360 sorties in support of the regular ONE air patrols. For their contribution, the NATO AWACS Component was awarded the Joint Meritorious Unit Award by Secretary of Defense Donald Rumsfeld.

Following the September 11 attacks, USEUCOM found itself quickly changing gears from a post-Cold War capacity and coalition building focus, to embracing terms such as Enable Global Operations. The command leveraged its relationships with NATO and other partner nations to sustain the projection of combat power into the U.S. Central Command theater over the years to come. This close relationship remains an ongoing part of the command’s efforts to this very day.

LTC Andrew Breithaupt, USAR, is a career Army aviator and has served as the reserve Deputy USEUCOM Historian since January 2020. He also has over 19 years of experience as a border security agent and Senior Official for the Department of Homeland Security with US Customs and Border Protection.