Only a few years after its establishment, the U.S. European Command (USEUCOM) supported one of the largest and most successful refugee relief operations of the 20th century. Fleeing the onslaught of Soviet troops, more that 200,000 Hungarians left their homeland and poured into neighboring Austria and Yugoslavia during the late fall of 1956. Over the ensuing months, the command through its air and ground components, U.S. Air Forces in Europe (USAFE) and U.S. Army Europe (USAREUR), provided much needed supplies for the care and feeding of refugees and later transported roughly 30,000 for eventual re-settlement in the United States.

Subtle changes were taking place behind the Iron Curtain in the mid-1950s that led many to renew the fight for lost freedoms. In a secret speech delivered to the 20th Congress of the Communist Party on 25 February 1956, Soviet Premier Nikita Khrushchev openly denounced Stalin as having strayed from Marxism-Leninism and announced a campaign of de-Stalinization. His speech sparked unexpected protests and rebellions throughout the communist world. On 23 October 1956, a group of students in Budapest, Hungary, took to the streets to demand accelerated government reforms. However, just days into a mounting country-wide revolt, Soviet troops stormed into Hungary with a heavy hand to end the uprising which subsequently spawned the largest refugee crisis within Europe since the end of World War II. 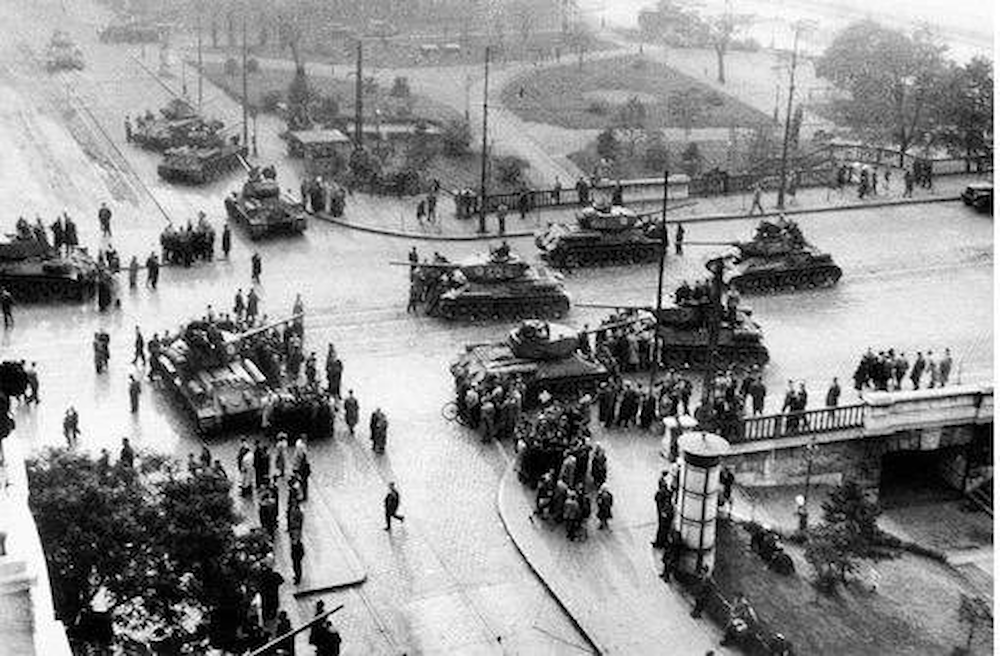 With thousands fleeing into neighboring Austria on a daily basis, American Ambassador Llewellyn Thompson made a direct appeal to USEUCOM for assistance in supporting Austrian government and United Nations efforts to cope with the influx of refugees. In turn, the command directed USAFE to coordinate all relief assistance and enlist the aid of USAREUR in securing materiel such as bedding, mess equipment, and medical supplies. During most of November 1956, USAFE airlifters flew several hundred tons of relief supplies to Red Cross refugee centers in Austria, Switzerland, and West Germany in what was known as OPERATION MERCY. The two component commands also worked to stockpile additional supplies and materiel at Neubiberg Air Base near Munich for future use.

Realizing additional action was needed to address a growing humanitarian crisis, U.S. President Dwight Eisenhower publically announced on 8 November the offer of asylum for an initial group of 5,000. Later on 1 December, Eisenhower directed the emergency admission of an additional 15,000 refugees, which was increased by another 18,000 several weeks later. The Department of Defense was charged with arranging for their transportation to the States and for setting up reception areas. About 9,000 refugees would travel by sea in American troop transports, while the remainder would be flown by military airlifters and civilian airliners. Upon arrival, the Hungarians were to be temporarily housed at Camp Kilmer, New Jersey where multiple federal agencies assisted them through a resettlement process to become the newest members of American society. 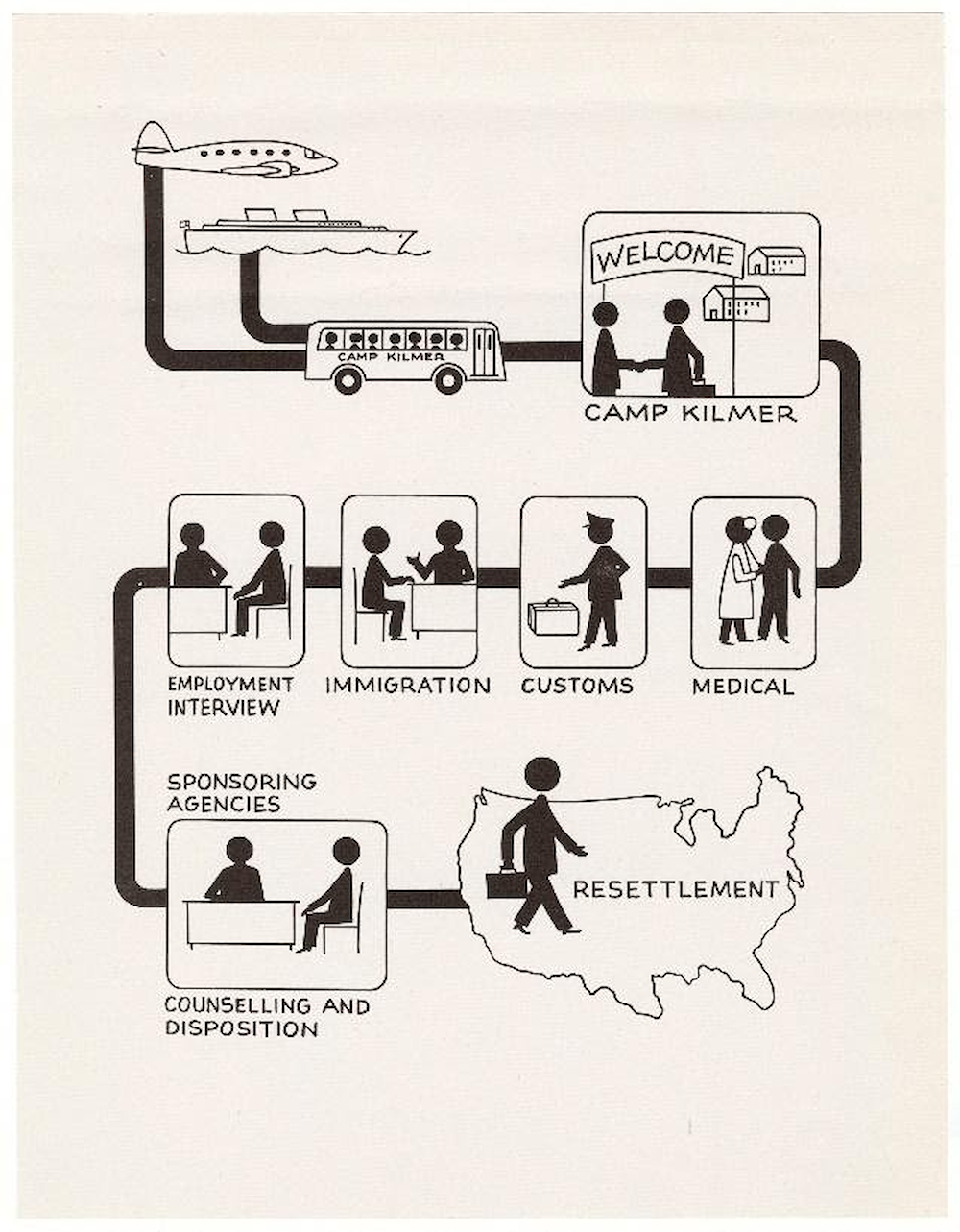 On the European side of what was designated as OPERATION SAFE HAVEN, USEUCOM directed USAFE and USAREUR to establish a staging area with temporary facilities near the Munich-Riem Civil Airport in preparation for the airlift. Almost overnight, soldiers and airmen had set up accommodations with cots and mattresses. Military doctors and nurses also set up a medical dispensary to take care of the sick. Traveling by train and bus from Vienna, Austria to Munich, the refugees would board either commercial airliners or airlifters operated by the Military Air Transport Service, the predecessor of today’s Air Mobility Command. After flights lasting over 15 hours with multiple stops across the North Atlantic, the refugees would disembark at McGuire Air Force Base, New Jersey, where they could be bussed to nearby Camp Kilmer to begin the resettlement process.

The first phase of the operation took place from 11 December 1956 to 3 January 1957. A total of 107 military flights transported 6,393 travelers to America. The busiest day occurred on Christmas Eve with 984 refugees flown from Munich to McGuire. President Eisenhower’s own transport, a Lockheed Super Constellation known as Columbine III, also participated alongside the military and commercial carriers during this period. Throughout the airlift, special missions carried women in the late stages of pregnancy, as well as children and medical patients in need of attentive care. The second phase of the airlift lasted a longer period from 6 January through 30 June 1957, with an additional 3,791 travelers flown by military airlifters. Commercial contract flights accounted for 4,170 refugees during both phases of SAFE HAVEN. In nearly seven months of continuous operations, the airlift experienced no accidents and transported all passengers safely. 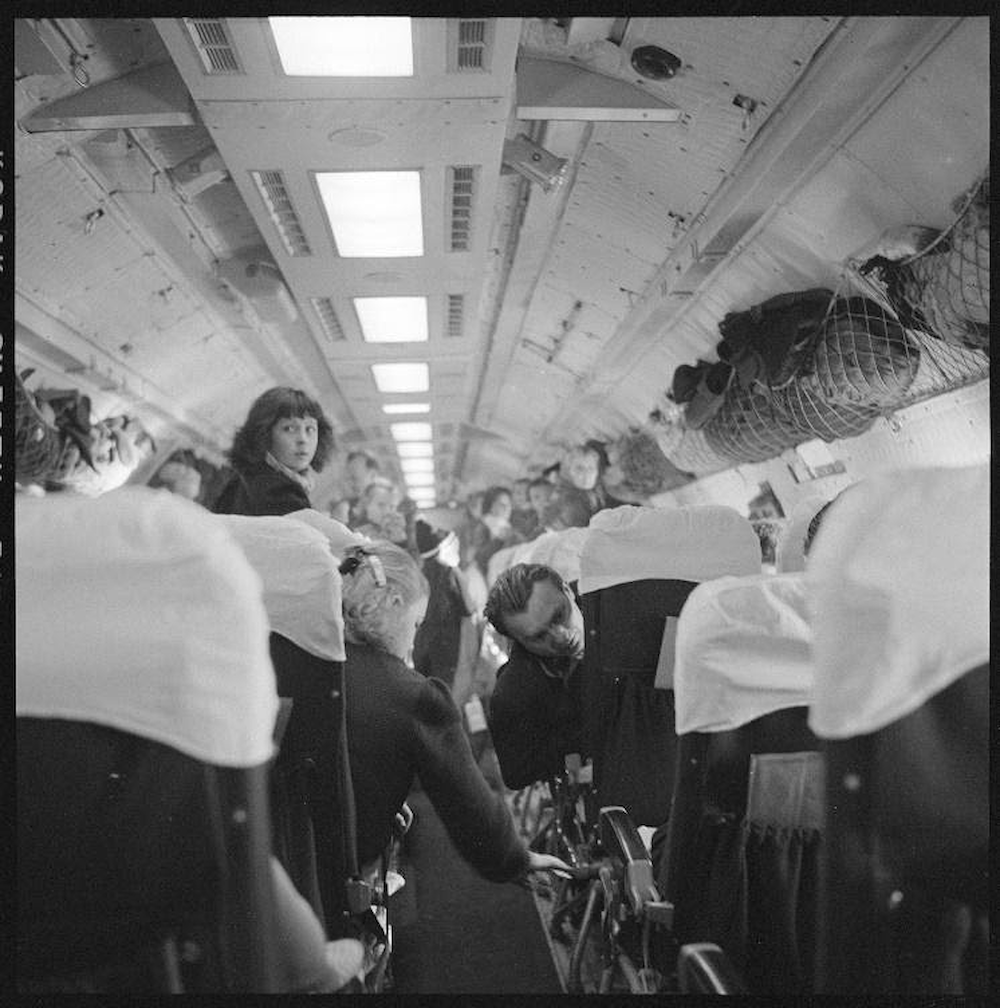 The international response to the Hungarian refugee crisis of 1956 was widely seen as a model for the conduct of such a large endeavor. Within days of the exodus starting, a multilateral effort was initiated to care, feed and resettle the refugees as fast as they arrived. By the end, over 180,000 refugees were resettled from Austria and Yugoslavia to 37 other countries. The episode also marked an important early milestone for USEUCOM and its components. Although keen on maintaining a high degree of readiness during a critical period of the Cold War, the command stood ready to assist those in need, whoever they were and wherever they came from.