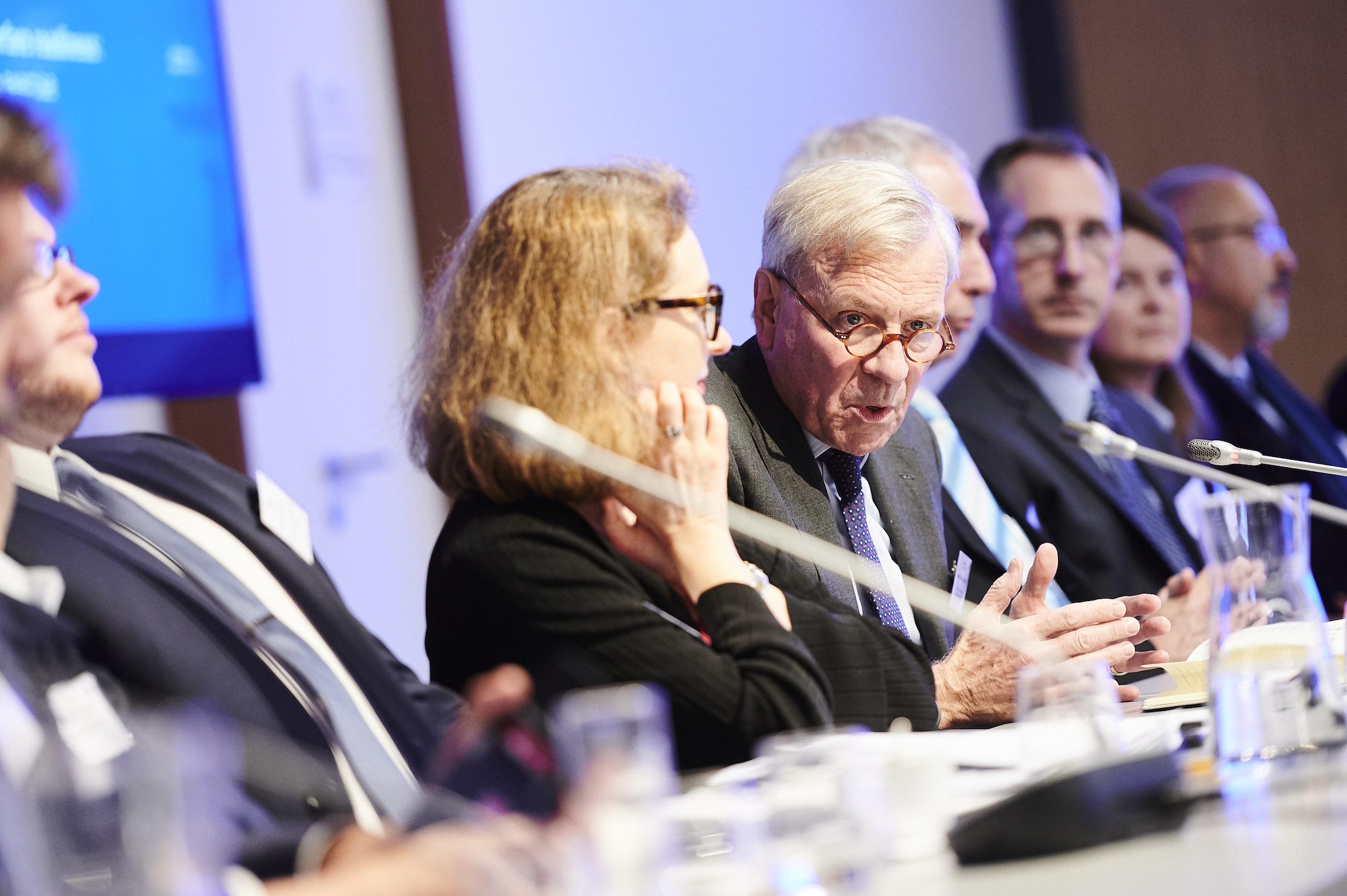 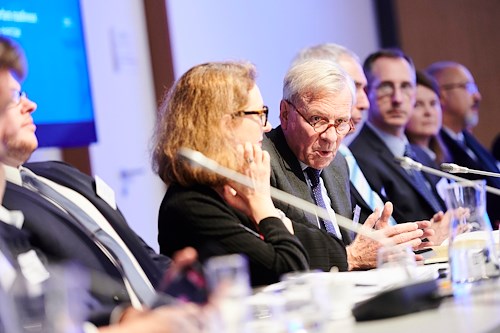 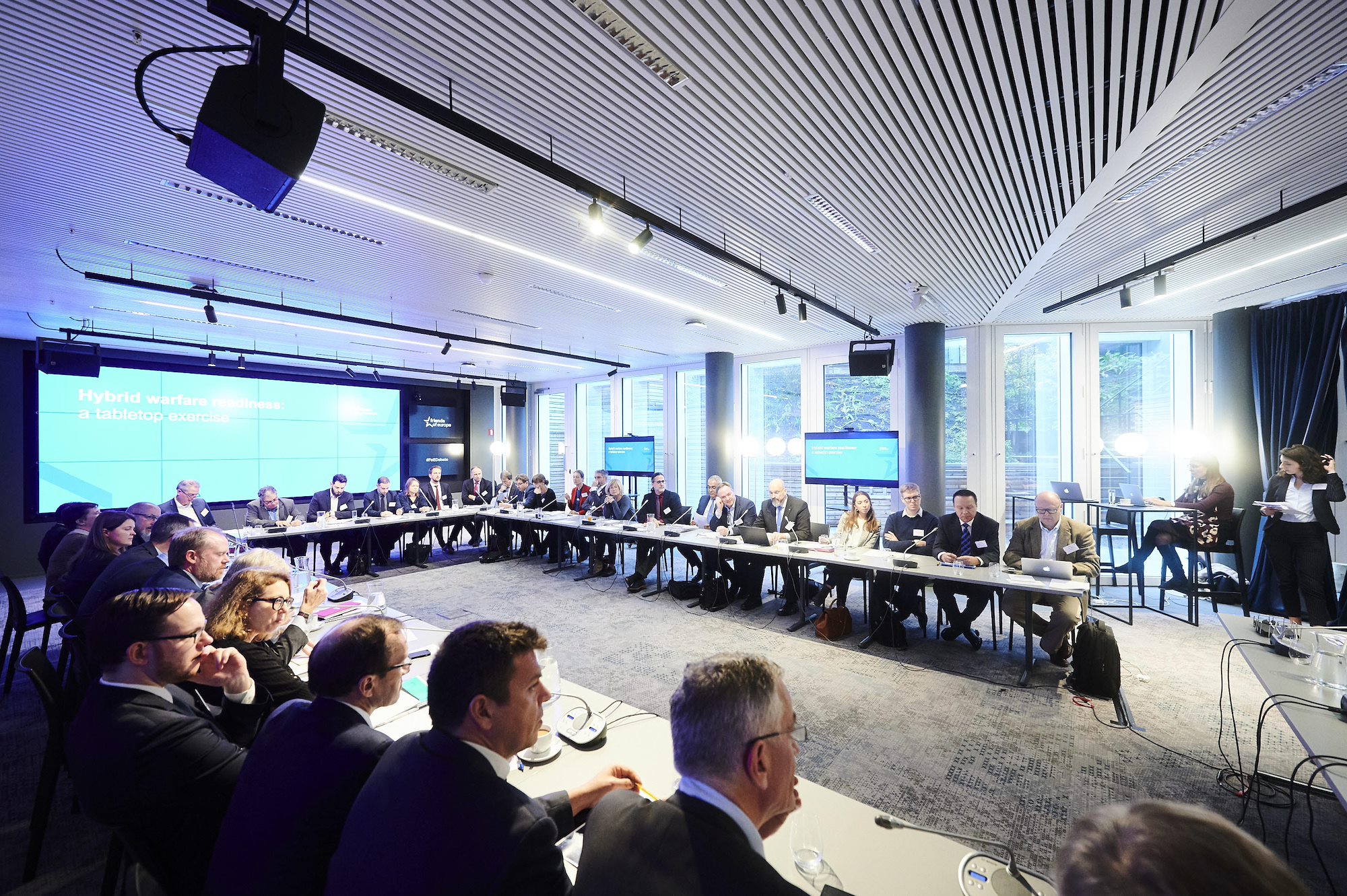 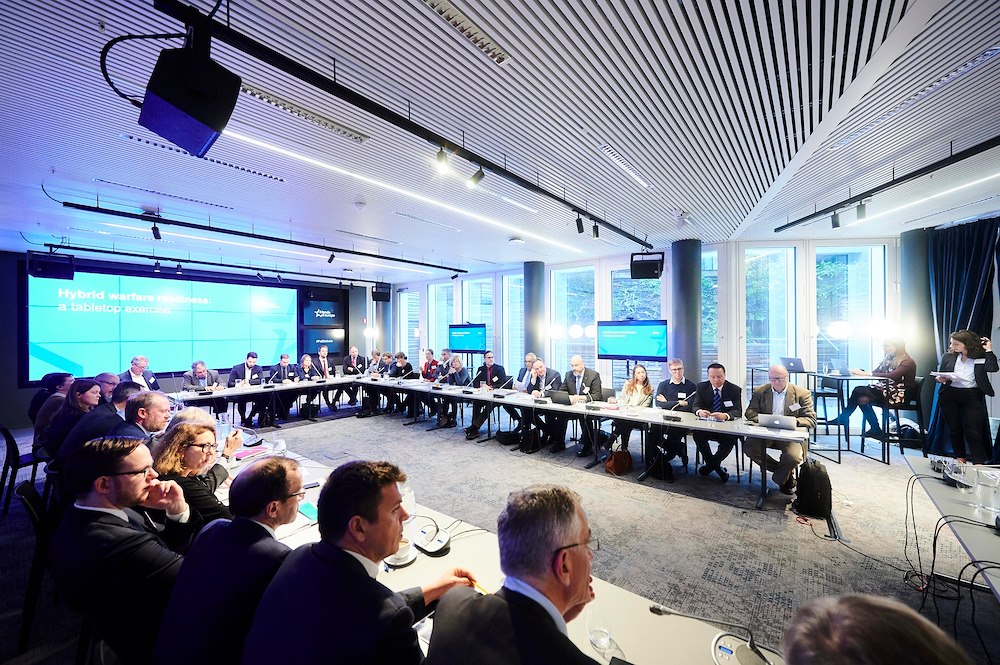 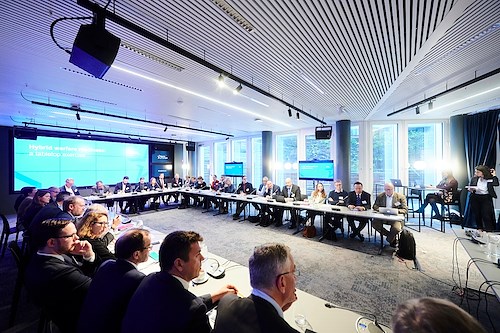 The purpose of the exercise was to strengthen NATO-EU and public-private cooperation by identifying gaps and vulnerabilities in addressing hybrid crises. Participants worked together during the exercise to determine how best to address a hostile hybrid campaign directed against large portions of Europe’s economy, internal cohesion, and territorial integrity. Hybrid threats include cyber-attacks, disinformation, election interference, and attacks on the supply chain.

“The main goal of this exercise was to identify and close any gaps in the NATO, EU, and national public-private relationships which may slow down the speed and accuracy of national and collective decision-making,” said Chris Kremidas-Courtney, the USEUCOM multilateral engagement coordinator. “It is important here to focus on enhancing Allies’ decision-making so that NATO can continue to act at the speed required.”

The whole-of-society counter- hybrid tabletop exercise was the first of its kind to involve the private sector. The event brought together more than 40 senior decision makers, including representatives from NATO, the EU, national governments, and senior officials from banks, cyber and media companies, the energy sector, commercial ports and civil society.

During the exercise participants explored issues such as information sharing and coordination among NATO, EU, national agencies and critical private-sector entities to build a collective ability to counter and respond to hybrid threats. The ability to work together in a comprehensive approach builds collective resilience which serves as an important aspect of deterrence against malign influence.

“As soon as the exercise ended there was a strong demand signal from all of the participants to do this again soon,” said Kremidas.

Kremidas offered that within the next couple of years four more of these type of exercises are planned to be conducted across Europe.