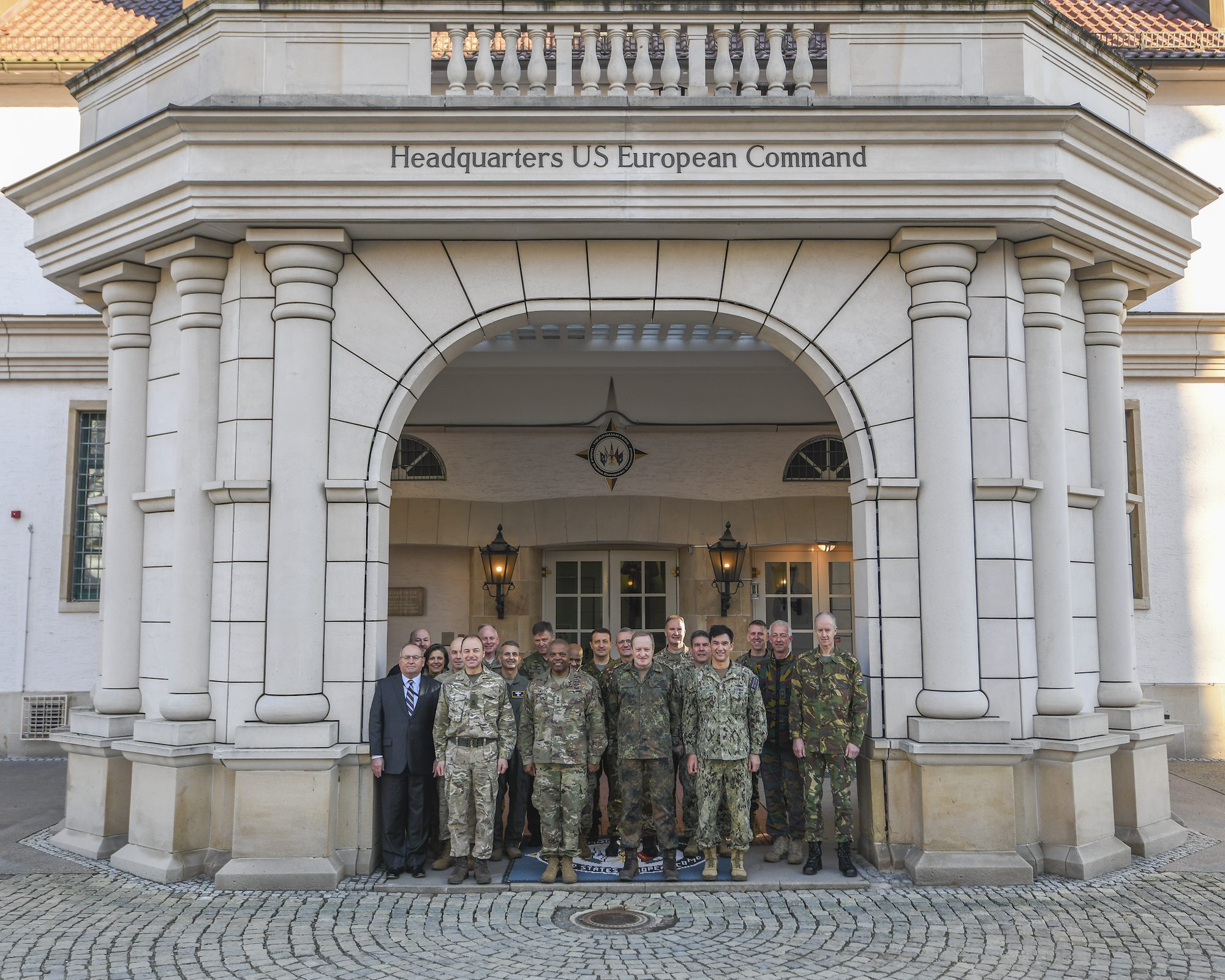 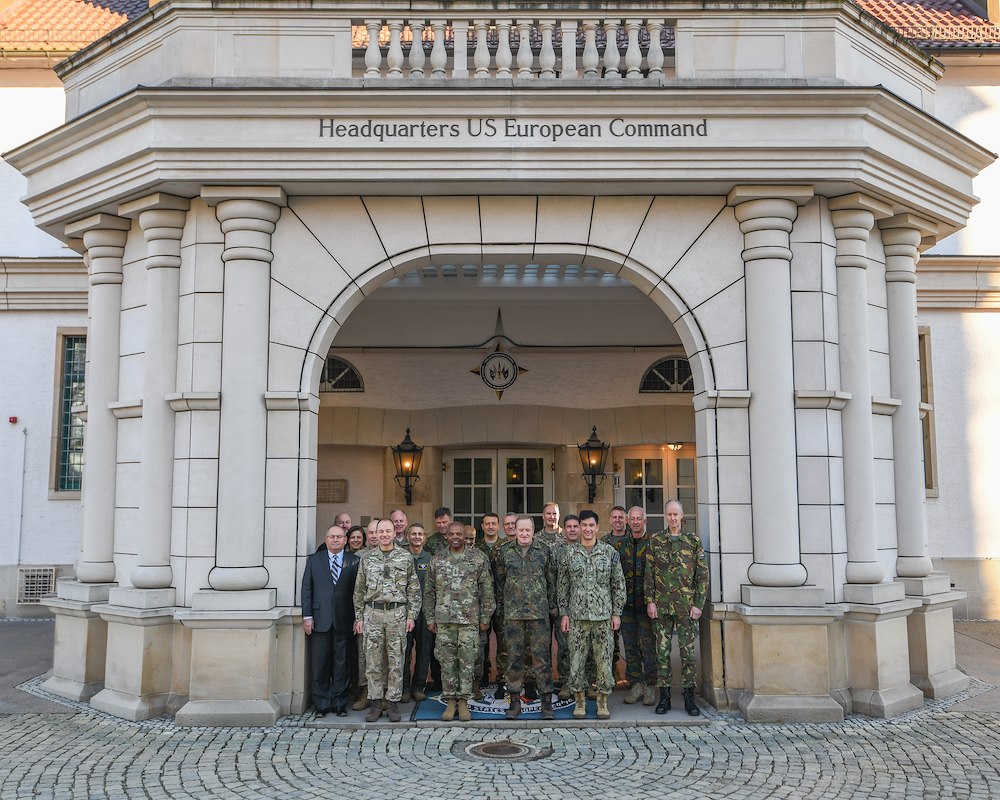 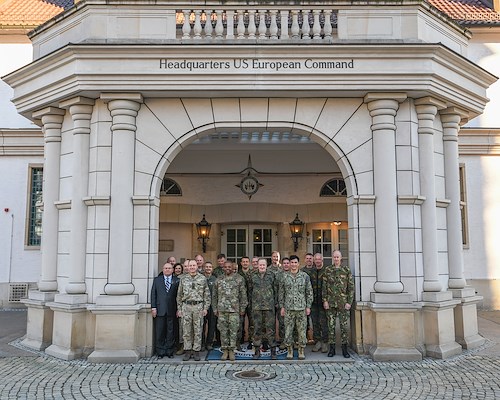 The event, hosted by Lt. Gen. Stephen M. Twitty, USEUCOM deputy commander, was the first time the staffs met as a group in person and served as an opportunity to strengthen ties between NATO Allies.

Twitty opened the meeting by acknowledging challenges faced across the theater and how important the staff talks are in addressing these challenges.

“These staff talks help us better synchronize and integrate, not only among individual nations, but from the whole-of-NATO perspective,” Twitty said.

Gen. Erhard Bühler, JFC Brunssum commander, also articulated the importance of the meeting, noting, “These talks will intensify the cooperation between us. We have work to do, and this will help us improve.”

JFC Brunssum’s role in NATO is based on three pillars: supporting the Resolute Support train, advise, and assist mission in Afghanistan; overseeing NATO’s enhanced forward presence (eFP) mission in northeastern Europe; and serving as standby command headquarters for NATO response force (NRF) 20, which is the Alliance’s go-to force for responding to emerging crises, disasters, and other contingencies.

The day’s events featured a series of discussions presented by subject matter experts on a variety of topics to include how to best respond to real-world events as they arise, command and control, and effective planning and execution of future exercises. The talks also focused on enhancing security across the theater.

Both Twitty and Bühler agreed that continued cooperation and communication are a necessity for strengthening the partnership between the two organizations, as well as strengthening alignment and interoperability into the future.

U.S. European Command is one of two U.S. forward-deployed geographic combatant commands whose area of focus spans across Europe, portions of Asia and the Middle East, and the Arctic and Atlantic oceans. The command is composed of approximately 70,000 military and civilian personnel and is responsible for U.S. defense operations and relations with NATO and 51 countries. For more information about U.S. European Command, visit https://www.eucom.mil.