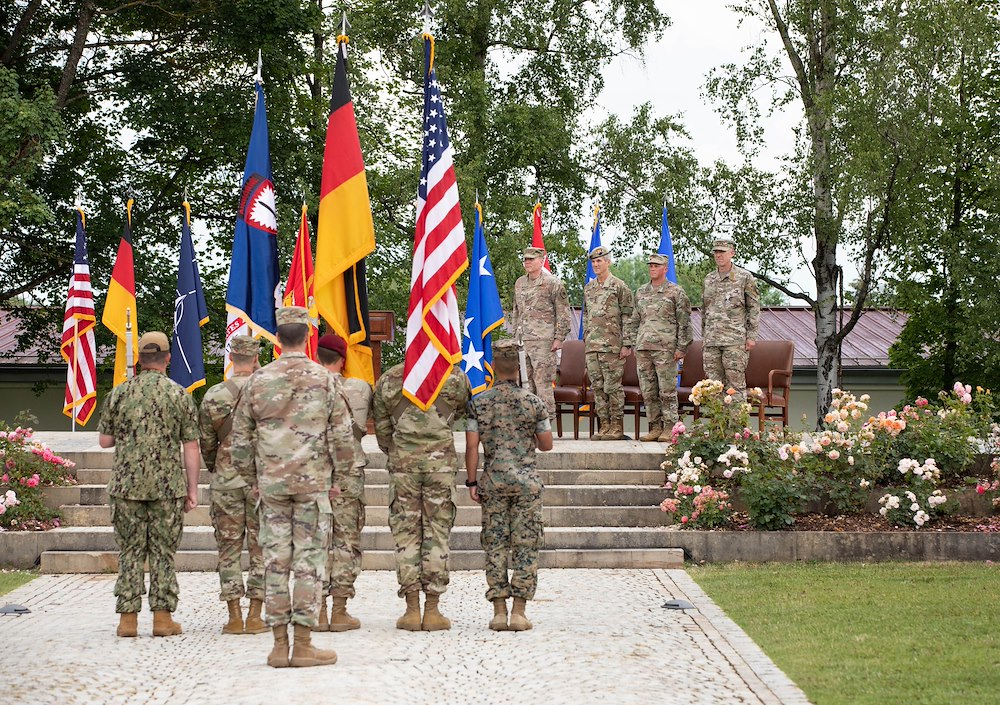 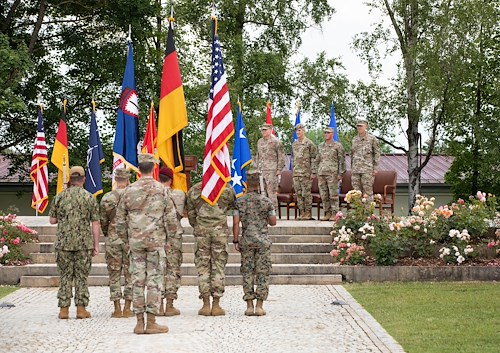 U.S. Air Force Maj. Gen. David H. Tabor, the outgoing Special Operations Command Europe (SOCEUR) commanding general, transferred responsibility to U.S. Air Force Maj. Gen (Select) Steven G. Edwards during a change of command ceremony at Patch Barracks on June 28.Edwards most recently served as Chief of Staff, Headquarters U.S. Air Forces in Europe-Air Forces Africa, Ramstein Air Base, Germany. He developed and implemented policies, plans, and programs for the strategic planning and operational execution of forces in support of U.S. European Command and U.S. Africa Command.“Under the dedicated and reliable leadership of Major General (Select) Edwards, SOCEUR will continue to prosper,” said Tabor. “Most of his career has been spent in special operations. His exceptional ethics and leadership for developing and maintaining readiness in these trying times is key for the future success of SOCEUR’s efforts in supporting higher headquarters’ priorities. I have no doubt that he will continue the momentum.”Tabor took command of SOCEUR two years ago and before that, worked as the Assistant Commanding General, Joint Special Operations Command at Ft. Bragg, N.C. His next assignment will be at the Department of the Air Force as the Director of Programming.“I want to personally thank Major General Tabor for his leadership during the past two years here at SOCEUR,” Edwards said. “His dedicated service to all allies and partners and the unique cultures they bring to our theater has fostered an inclusive operational footprint. I am honored to be a part of this vital command that continues to work throughout the theater, preserving security during this critical time.”