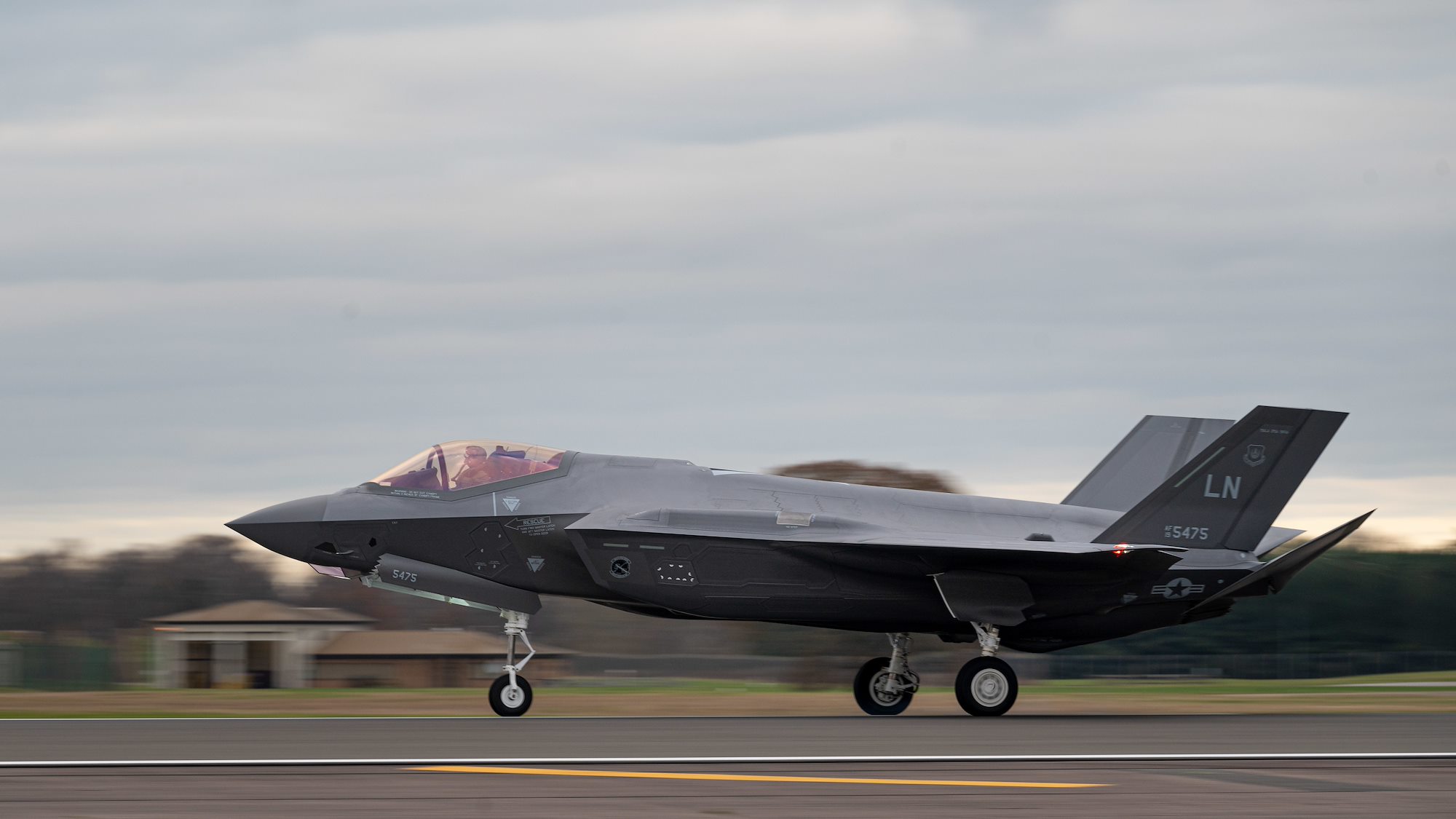 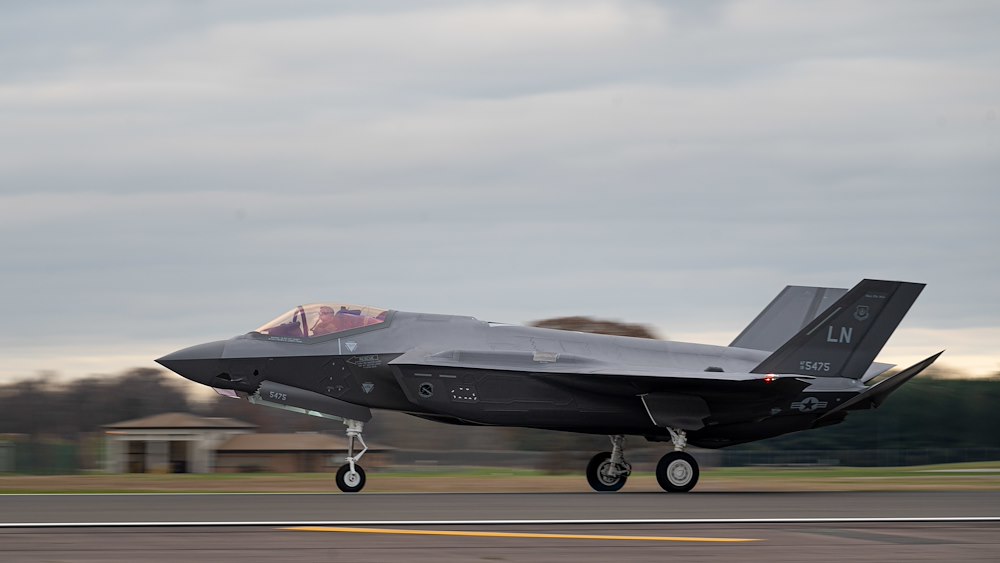 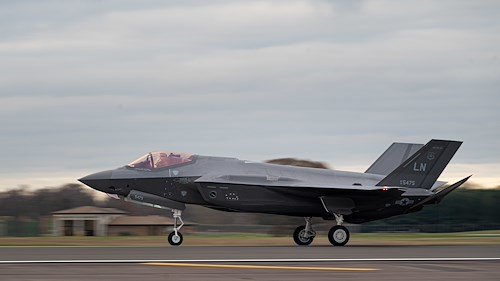 A U.S. Air Force F-35A Lightning II assigned to the 495th Fighter Squadron lands on the flightline at Royal Air Force Lakenheath, Dec. 15, 2021. The Liberty Wing was selected to host the first F-35 squadrons in Europe based on numerous factors, to include existing infrastructure, history with supporting fighter operations and the combined training opportunities the UK has to offer. (U.S. Air Force photo by Senior Airman Koby I. Saunders)
Share:
Download image
Photo by: Senior Airman Koby Saunders

RAF Lakenheath received its first delivery of F-35A Lightning II aircraft December 15. This is the result of a force posture adjustment that has been six years in the making. Announced in 2015, the long-anticipated arrival of the F-35 marks RAF Lakenheath as the first base in United States Air Forces in Europe to receive the new fifth generation aircraft.

“Our coalition forces train and fight in the most dynamic theater, requiring the most advanced platforms,” said Gen. Jeff Harrigian, U.S. Air Forces in Europe – Air Forces Africa commander.  “The Valkyries are leading our F-35 integration across Europe. We’ve come a long way, and now we’re extending our reach as a coalition force and what we will accomplish together.”

RAF Lakenheath was selected in 2015 to host the first U.S. F-35A squadrons in Europe based on very close ties with the RAF, existing infrastructure, and combined training opportunities. The U.K. is a critical component in training and combat readiness for Air Forces in Europe due to its excellent airspace and F-35 program partnership.

“‘Valkyries’ epitomizes the force’s move toward more inclusivity and equally represents the fifth-generation stealth fighter’s air superiority,” said Lt. Col. Ian McLaughlin, 495th Fighter Squadron commander. “Like the Valkyries themselves, we’ll be vital to determining the fate of our adversaries in the battlespace.”

The F-35A is an agile, versatile, high-performance, 9g-capable multirole fighter that combines stealth, sensor fusion and unprecedented situational awareness. The aircraft will belong to the 495th Fighter Squadron, which was nicknamed the “Valkyries” during a voting contest in 2020. The new F-35 squadron will consist of 24 aircraft, delivered in a phased approach.

“The amount of support we received, and continue to receive, from the community both here and back home has been overwhelming and highly appreciated,” said Col. Jason Camilletti, 48th Fighter Wing commander.

For more information and imagery on the F-35A arrival to RAF Lakenheath please visit: https://www.dvidshub.net/unit/48FWPA 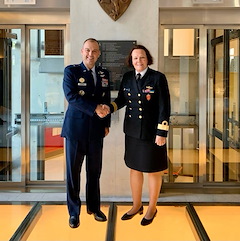