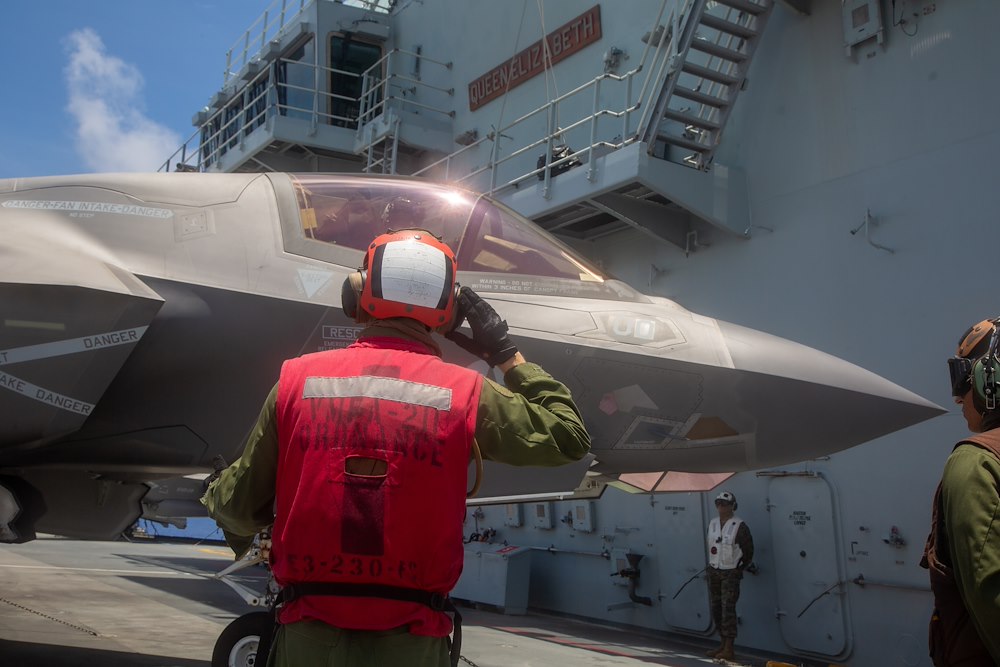 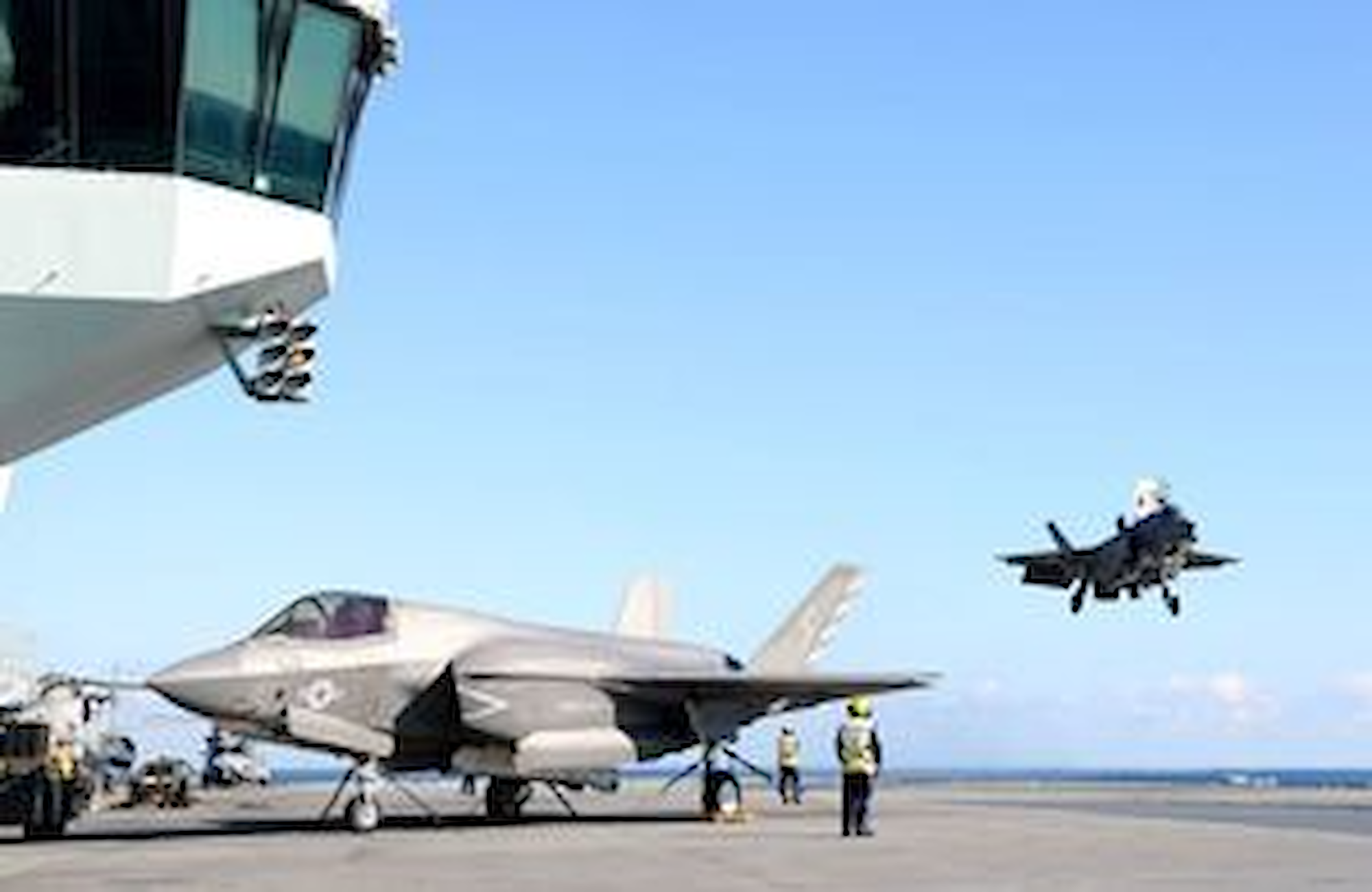 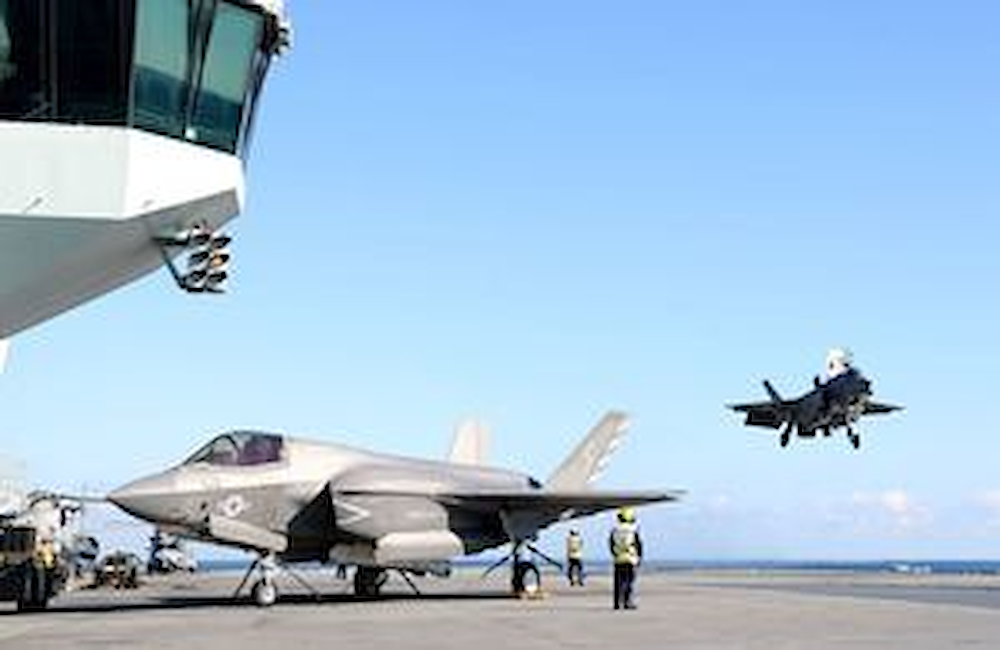 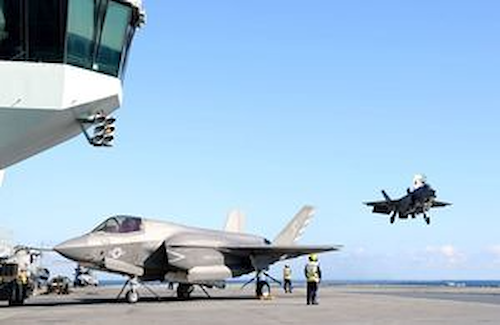 HMS Queen Elizabeth has welcomed 30 NATO Ambassadors in one of the final events of the Carrier Strike Group 21 (CSG21) deployment. They were joined by the Deputy Supreme Allied Commander Europe (DSACEUR) General Tim Radford and representatives from Italy, the Netherlands, the UK and the US. UK Minister for Defence Procurement Jeremy Quin welcomed the NATO delegation to the flight deck of HMS Queen Elizabeth where the visitors watched UK and US F-35 Lightning jets take off.

"CSG21 has opened the next chapter of the UK’s contribution to NATO. The deployment has underlined the breadth, depth and reach of the defence and security partnerships at the heart of the world’s longest enduring Alliance."

The visit comes as CSG21 nears the end of its 7-month deployment. It has travelled over 40,000 nautical miles to the Indo-Pacific and back. Ships and aircraft from the group have operated and exercised with over 40 countries – including many NATO allies – in an international demonstration of unity with our allies and partners.

The UK Carrier Strike Group is NATO’s first 5th generation carrier strike capability and marks a step change in military technology, interoperability and integration. It demonstrates the UK’s unwavering commitment to NATO and to the safety and security of our Euro-Atlantic home.

"It has been an honour to visit Carrier Strike Group 21 with NATO Ambassadors, as HMS Queen Elizabeth returns home.

The Carrier Strike Group is allied by design, and has engaged with over 40 allies and partners across the world during this deployment. We are delighted to have demonstrated Alliance unity in operation."

Yesterday, Italian F-35 jets landed on HMS Queen Elizabeth for the first time, the first European NATO partner to operate this aircraft from the new UK aircraft carrier. They are the same B variant as the joint RAF/Royal Navy and US Marine Corps stealth fighter currently embarked in the Portsmouth-based UK flagship. Italy are the only other NATO partner aside from the US and UK to operate this variant.

"The fact that US, Italian and UK F-35Bs are able to fly to and from one another’s flight decks offers tactical agility and strategic advantage to NATO.

This activity is a telling demonstration of the UK’s Flagship’s interoperability with other nations; Italy is the third nation to land an F-35B onto the deck of HMS Queen Elizabeth and the seventh military operating F-35 aircraft that the UK’s CSG has exercised with on CSG21." 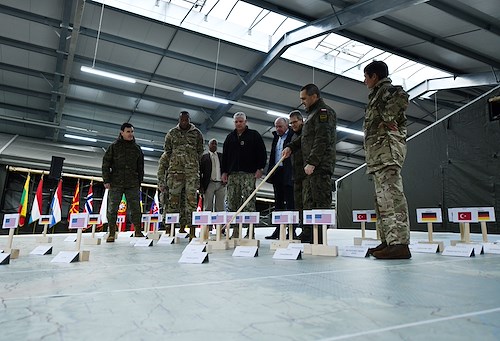 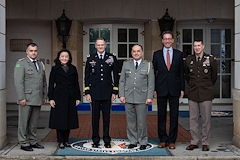