Participants from the U.S., Estonia, Latvia, Lithuania, Sweden and Finland pose in front of the Lithuanian Ministry of National Defense for the Baltic Sea Command, Control, Communications, Computer, Cyberspace, and Intelligence Synchronization Board (BSC5ISB), Dec. 1, in Vilnius, Lithuania.
Share:
Download image
Photo by: 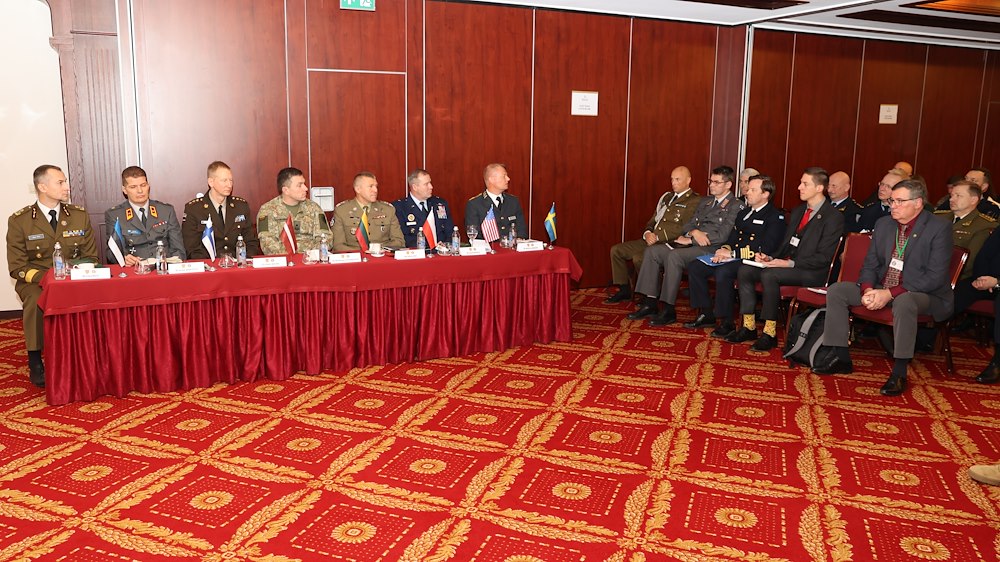 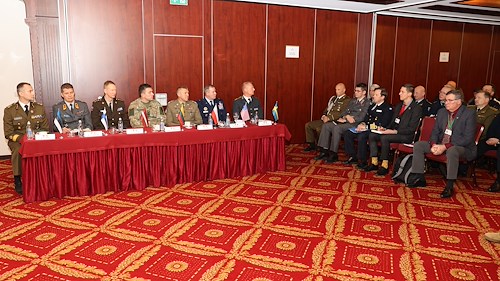 The BSC5ISB is a multinational, multidisciplinary forum designed to address interoperability initiatives at the tactical and operational level. This iteration was hosted by Brig. Gen. Mindaugas Steponavičius, the chief of defense staff for the Lithuanian armed forces and Lithuania’s chair to the board.

At BSC5ISB, working groups seek to identify and solve personnel, process and technology gaps that create challenges for interoperability in areas such as policy and architecture as well as air, land, maritime and cyberspace domains.

“The roadmaps developed by these international teams will translate directly into improved regional defense across all warfighting domains,” said Brig. Gen. Chad Raduege, USEUCOM’s C4 and cyber director and the U.S. chair for the board. “I could not be more impressed by the professionalism, critical thought and commitment shown by all attendees.”

General officers from Finland and Sweden and planners from Multinational Corps Northeast were also included for the first time. While the BSC5ISB currently focuses on the U.S., Estonia, Latvia and Lithuania there are provision that provide an opportunity to expand the board to include other nations including Poland, Germany, Denmark, Norway, Sweden and Finland. This means that the BSC5ISB could be a future home for their interoperability work as well.

Finland and Sweden already play a large role in regional stability, and they look to assess their expertise and ability to interoperate according to NATO standards.

Brig. Gen. Mattias Hanson, the Swedish armed forces chief of C4 intelligence, surveillance and reconnaissance, spoke on the board’s value from his perspective. “Joint operations start with trust, therefore, we have to meet and discuss different solutions physically,” he said. “It’s not all about technology; trust and policy and law is 70% of the work.”

This iteration also included service members from the U.S. Army’s V Corps played a significant role throughout the event by providing observations and lessons learned from their operational experiences in 2022.

“The Baltic Sea C5I Sync Board was an invaluable opportunity for V Corps and U.S. Army Europe-Africa to discuss interoperability and C5I opportunities across the land domain and strengthen our commitment to the region,” said Polish Army Maj. Gen. Adam Joks, the U.S. Army V Corps deputy commanding general for interoperability.

V Corps personnel emphasized interoperability challenges and solutions in the land domain and helped to scope and prioritize the work of the Land Working Group.

The BSC5ISB began when U.S. European Command and the three Baltic nations recognized command, control, communications and computer interoperability as priorities across defense modernization efforts in the region. In October 2021, the four Allies established the BSC5ISB. In just one year, the board has recorded successes related to tactical data link development, air and maritime sensor awareness, cybersecurity, federated mission networking and more.

Latvian National Armed Forces will host the next meeting in the first half of 2023. 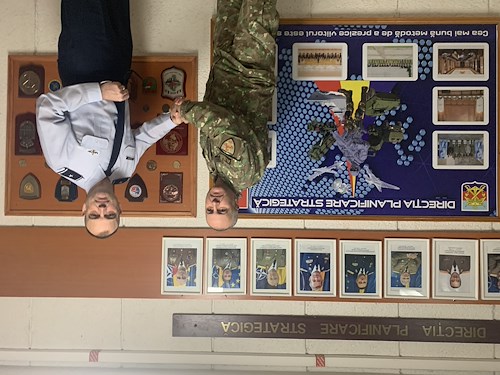 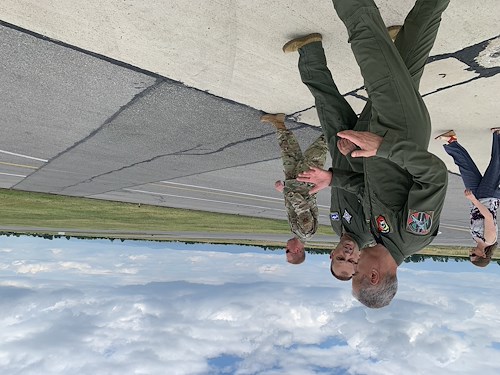 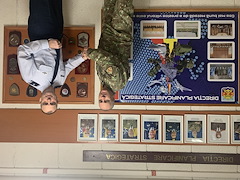