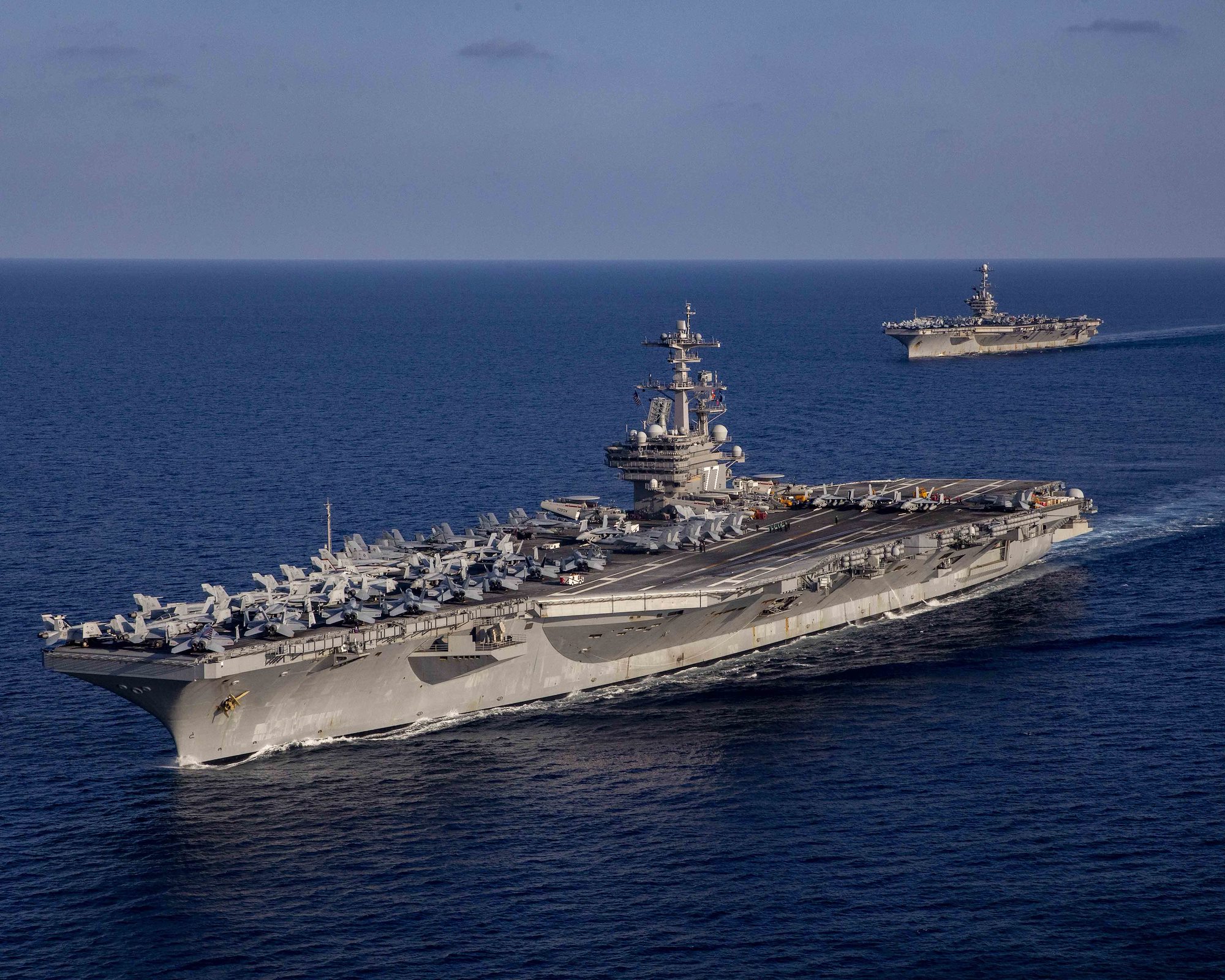 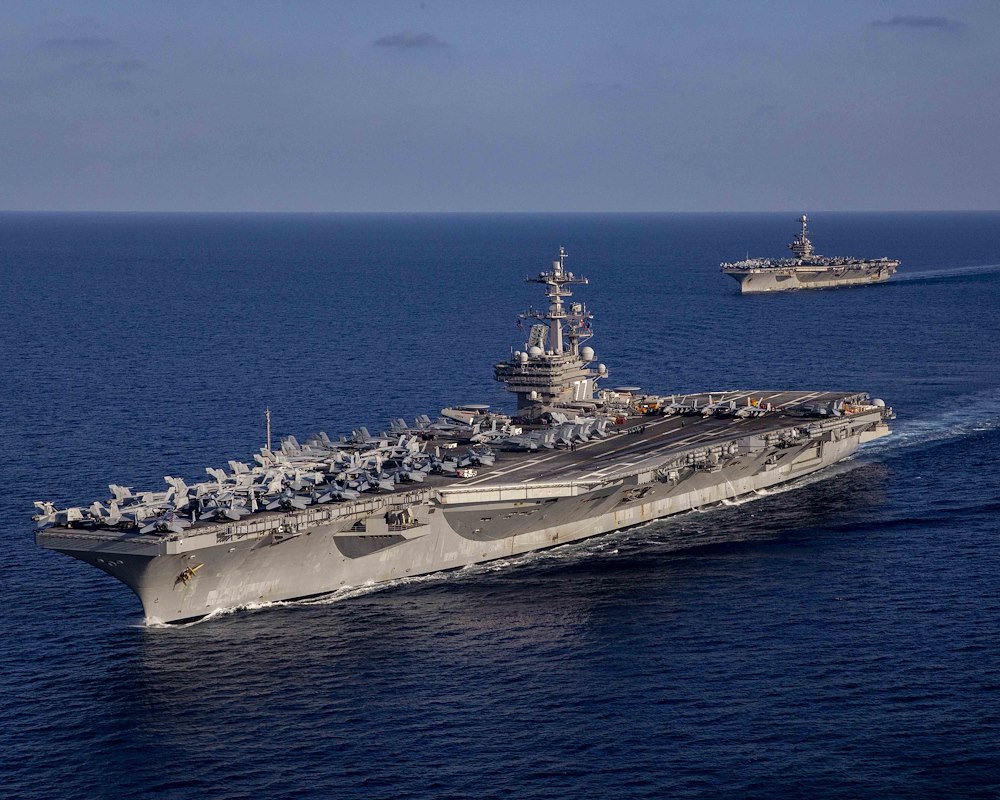 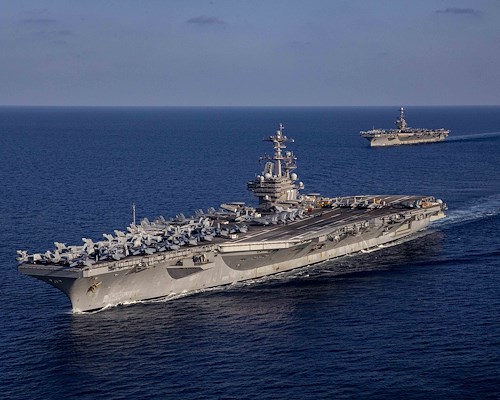 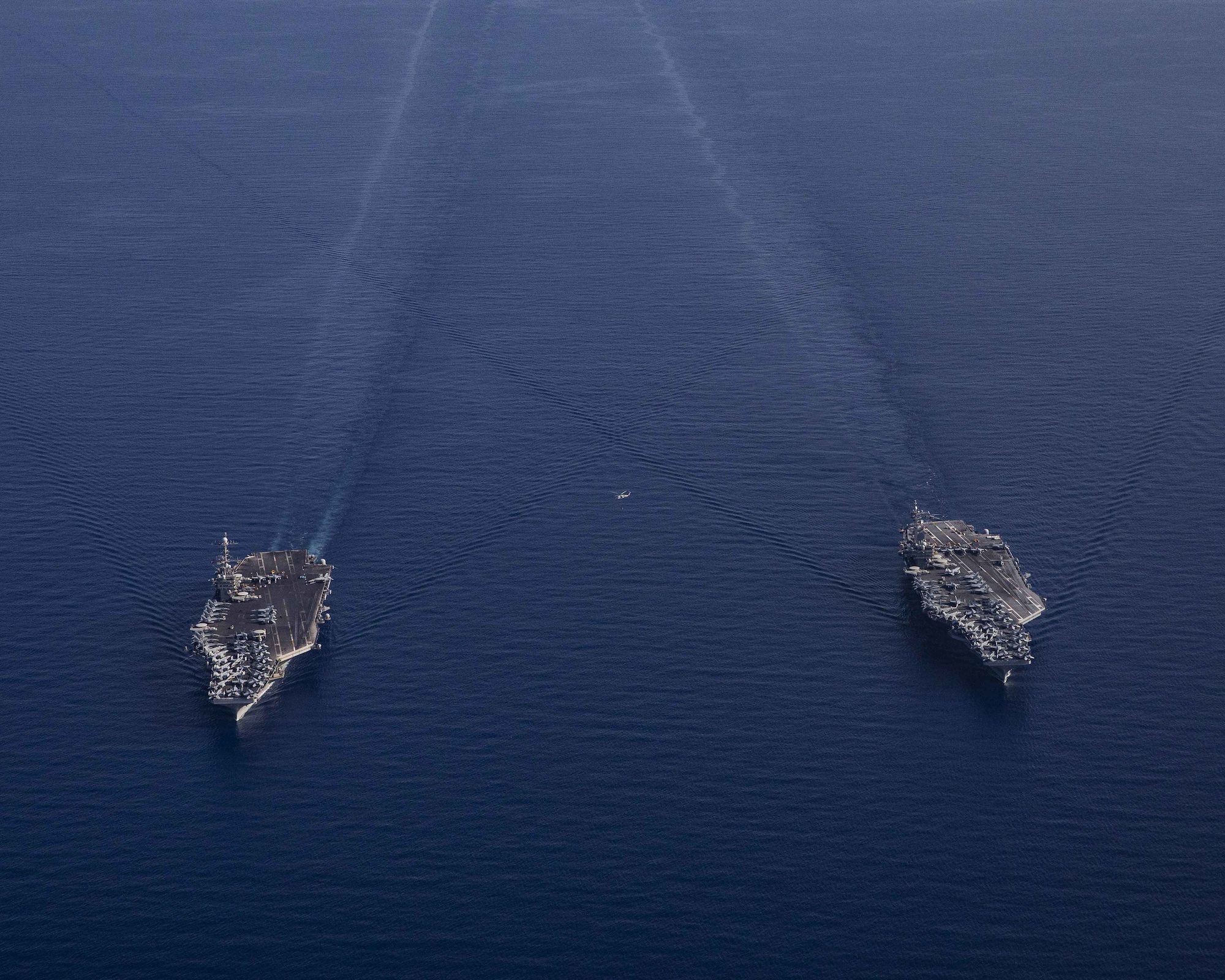 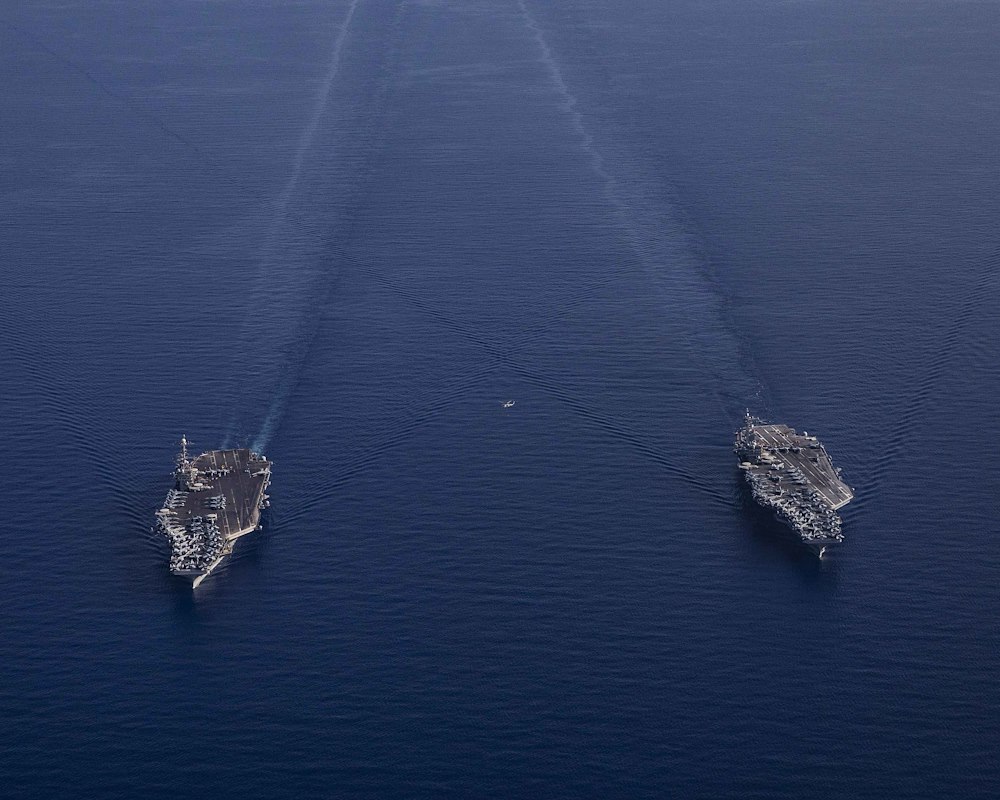 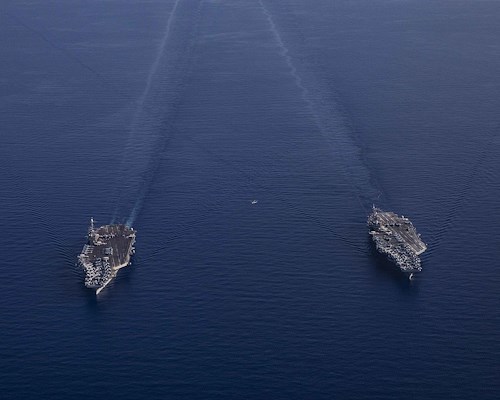 The relief marked the presence of two U.S. Navy aircraft carriers operating with one another in the Mediterranean, as well as GHWBCSG’s official assumption of Commander, Task Force 60 responsibilities in the U.S. Sixth Fleet area of operations. HSTCSG's transit through the Strait of Gibraltar on Aug. 30 followed the dual carrier operations.

“We have the watch,” said Rear Adm. Dennis Velez, commander, GHWBCSG, Carrier Strike Group 10. “The Truman and Bush Strike Groups represent a force that only a U.S. Navy carrier strike group can provide combatant commanders. The Truman Strike Group executed the mission, reassured our partners and allies, and gave our diplomats opportunities to negotiate from a position of strength. They served our nation and the region well. We are proud of our teammates and wish them well on their return to friends and family.”

“This has been a meaningful deployment for our strike group,” said Spedero. “We demonstrated our Navy’s resounding commitment to the NATO Alliance and to our partners in the region. Our Sailors set the stage for future operations and I look forward to seeing what the Bush’s strike group will accomplish during their deployment.”

The GHWBCSG will work alongside the Joint Force, partners, and allies throughout the region while in the Naval Forces Europe, Naval Forces Africa, U.S. Sixth Fleet area of operations,.

While operating together the CSGs conducted a face-to-face turnover between commanders and transferred ammunition. Additionally, the strike group teams worked together to create a unique opportunity for family members embarked on either carrier to spend quality time with one another aboard George H.W. Bush.