Religious freedom, or freedom of belief, is critical to the health of a diverse society and a diverse military. It allows different faiths and beliefs to flourish. Religious freedom protects the rights of all groups and individuals, including the most vulnerable, whether religious or not.
By U.S. Air Force Captain Christina Judd ,  United States European Command Stuttgart, Germany Feb 04, 2022
View Gallery
Gallery contains 1 image
× 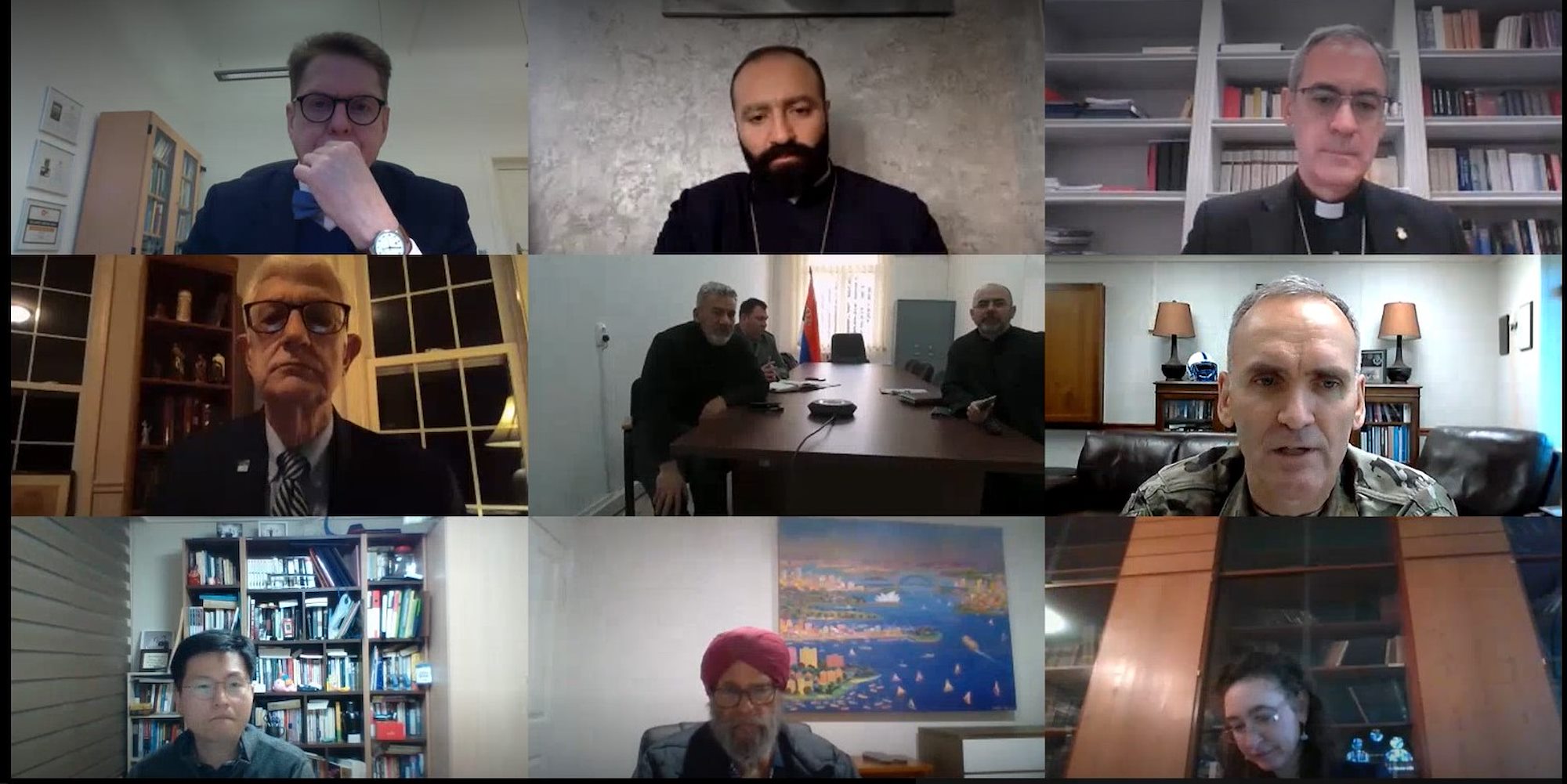 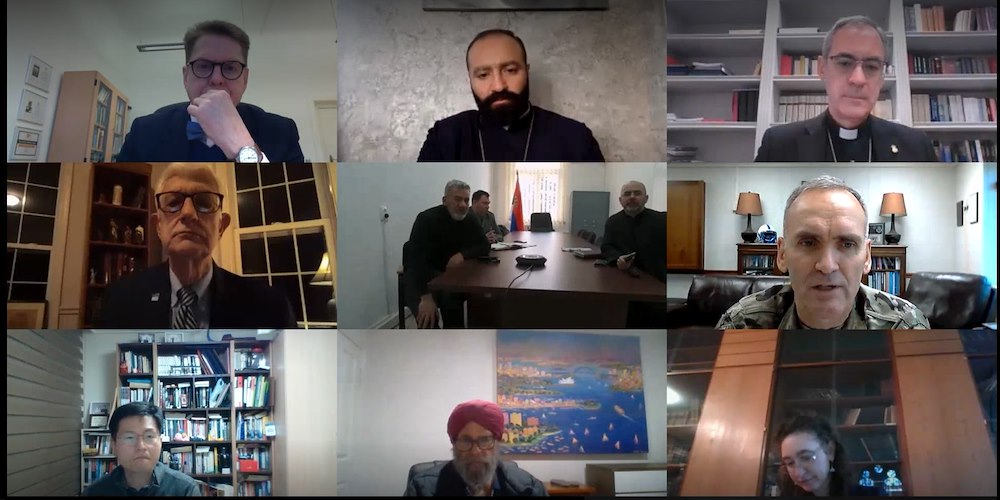 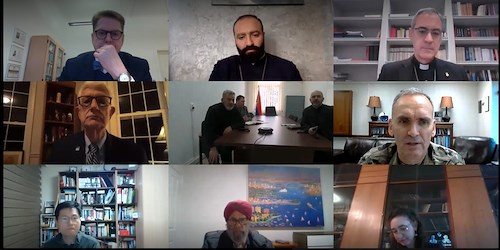 Opening the conference, U.S. Air Force Brig. Gen. Nicholas A. Gentile, Deputy Director of Partnering, Security Cooperation, and Weapons of Mass Destruction for U.S. European Command, challenged attendees to discover and share new perspectives on the principle of religious freedom, both in peacetime and in times of conflict.

“Chaplains have to be prepared in every faith to minister to those Soldiers, those Sailors, and those Airmen and Marines who are conducting battle and are in conflict and need that understanding and a voice that can advise all of us in our faith,” Gentile said. “I think that role that you few have is so critical and I can’t thank you enough for what you’re doing.”

This year’s IMCCC was the 33rd iteration of the annual event that USEUCOM started in 1990, and the second year to be held virtually. Over the years, the conference has evolved into an international endeavor that is hosted by a different participating NATO or partner nation each year, with USEUCOM serving as the co-host.

Originally slated to be held in Washington, D.C., COVID-19 restrictions required the event to shift to a virtual format, but was seen as all the more relevant while focusing on how religious freedom can be seen as a bastion for peace.

“Religious freedom is a fundamental human right and the first among rights guaranteed by the U.S. Constitution, as well as many constitutions in the world,” Barclay said. “Religious freedom provides the right to think, express, and act upon what one deeply believes."

Barclay went on to say that some of the primary goals of the annual conference are to share among attendees how to minister across religions and borders, understanding constraints and restrains of other chaplaincies, and what common issues are arising around the globe.

“No two military chaplaincies are alike,” said Barclay. “So, we need to understand the boundaries and opportunities that will be present when we are with other nations. As the chaplaincies evolve and interact over time, we should encounter ways to increase interoperability.”

Through the years, the conference has maintained the same purpose of providing a forum for dialogue and discussion to enhance partnerships and to foster cooperation and communication between national element chaplains.

The roster of presenters included doctors and experts from the Religious Freedom Institute, Berkley Center for Religion, Peace, and World Affairs, Georgetown University’s School of Foreign Service, and Woodrow Wilson International Center for Scholars. Presentations covered topics such as “Emerging Ethical Considerations in Artificial Intelligence and Autonomous Weapons” and “Religion and International Security: Trends for the Next Decade.”

President of the Religious Freedom Institute Dr. Thomas Farr spoke about the resounding benefits of religious freedom on stability, democracy, the equality of women, and how it is good for those who want to undermine religion-related violence and terrorism.

“The evidence suggests that where broad religious freedom exists, violent extremists are more likely to be deprived of the theological, ideological, and financial support they need to recruit,” said Farr. “We have seen this dynamic work in Indonesia, in South Africa, in Senegal, and in the United States.”

Religious freedom equality is the right policy – both morally and strategically - and is a critical tool to combat extremism, Farr pointed out. But it isn’t the only tool.

“Your troops should also witness your defense of the rights of others outside your own religious tradition,” Farr said. “And you must defend the rights of those who don’t believe and at the same time you must be open and inviting especially to the non-believers.”

Following the theme of religious freedom and its direct tie to strategy in world security, another presenter, Dr. Eric Patterson, from the Religious Freedom Institute spoke about Religion and Security in World Affairs: The Strategic Dimension. Patterson disproved the belief that some had about a decline in religiosity with the rise of science.

Barclay shared at the conclusion of the event how pleased he was that so many came together, the genuine interest and participation from around the world, and acknowledged that religion is a growing influence in most of the world.

“This conference empowers us to be more bold and speak about the positive roles and influences of religion in society,” Barclay said. “We learned how religious influence plays out at the strategic level and see it trickle down to the local level.”

About USEUCOM: U.S. European Command is responsible for U.S. military operations across Europe, portions of Asia and the Middle East, the Arctic and Atlantic Ocean. USEUCOM is comprised of more than 64,000 military and civilian personnel and works closely with NATO Allies and partners. The command is one of two U.S. forward-deployed geographic combatant commands headquartered in Stuttgart, Germany.