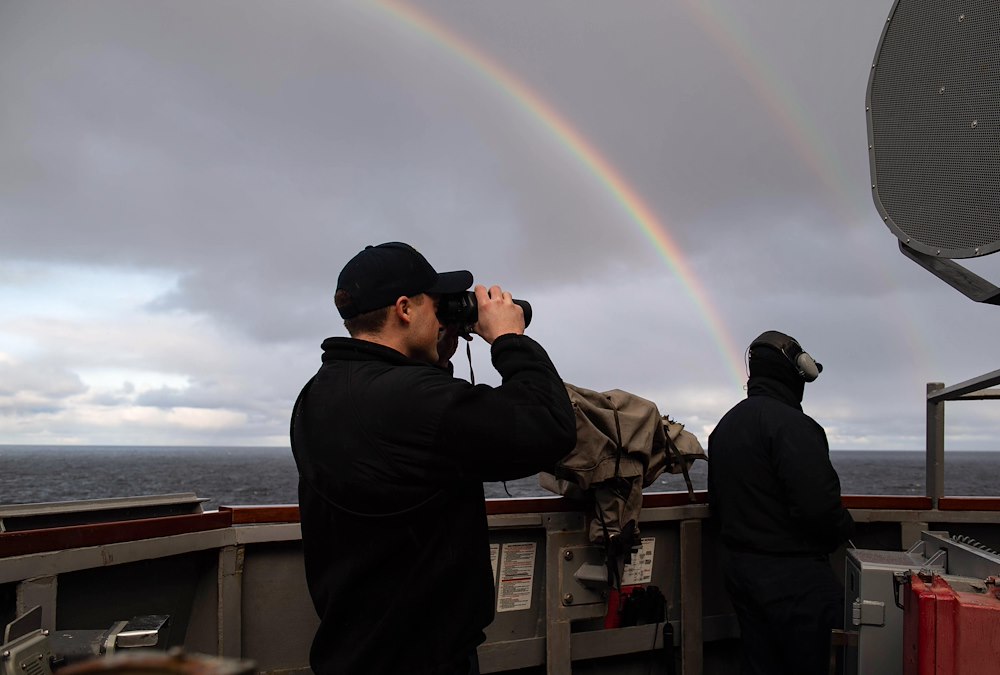 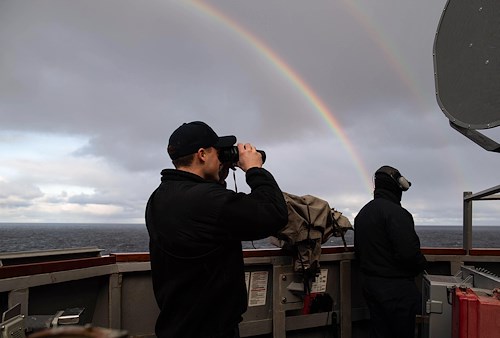 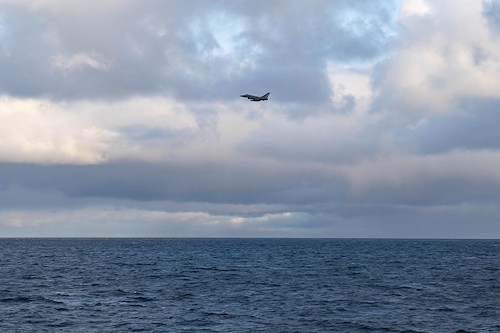 “Air defense exercises like these provide us with a unique opportunity for our watch standers to train in a dynamic environment,” said Cmdr. John D. John, commanding officer of Ross. “Being able to conduct these exercises with our NATO Allies provides all of us with the opportunity to maintain our warfighting readiness and improve interoperability.”

Ross has conducted similar air defense exercises while operating in the Baltic, most recently being last week with Italian Eurofighter Typhoon F2000 aircraft assigned to NATO and again with Portuguese Air Force F-16 Fighting Falcons in September. These steady operations demonstrate a continued commitment to maritime security and common defense.

Four U.S. Navy destroyers, including Ross, are based in Rota, Spain, and assigned to Commander, Task Force 65 in support of NATO’s Integrated Air Missile Defense architecture. These Forward-Deployed Naval Forces-Europe ships have the flexibility to operate throughout the waters of Europe and Africa, from the Cape of Good Hope to the Arctic Circle, demonstrating their mastery of the maritime domain.

U.S. Sixth Fleet, headquartered in Naples, Italy, conducts the full spectrum of joint and naval operations, often in concert with allied and interagency partners, in order to advance U.S. national security interests and stability in Europe and Africa.

This article was originally published on the U.S. Naval Forces Europe-Africa website.