Thousands of American Soldiers, along with our NATO allies, work diligently to enhance deterrence of nearby potential threats and increase readiness as part of Atlantic Resolve. Every individual working towards these goals plays an important part in accomplishing our mission in Europe.

We want to make sure that Soldiers are good to go and can come over and participate with NATO forces and be able to train and are able to accomplish the mission they came here to do
MIHAIL KOGALNICEANU, Romania Nov 20, 2020
View Gallery
Gallery contains 1 image
× 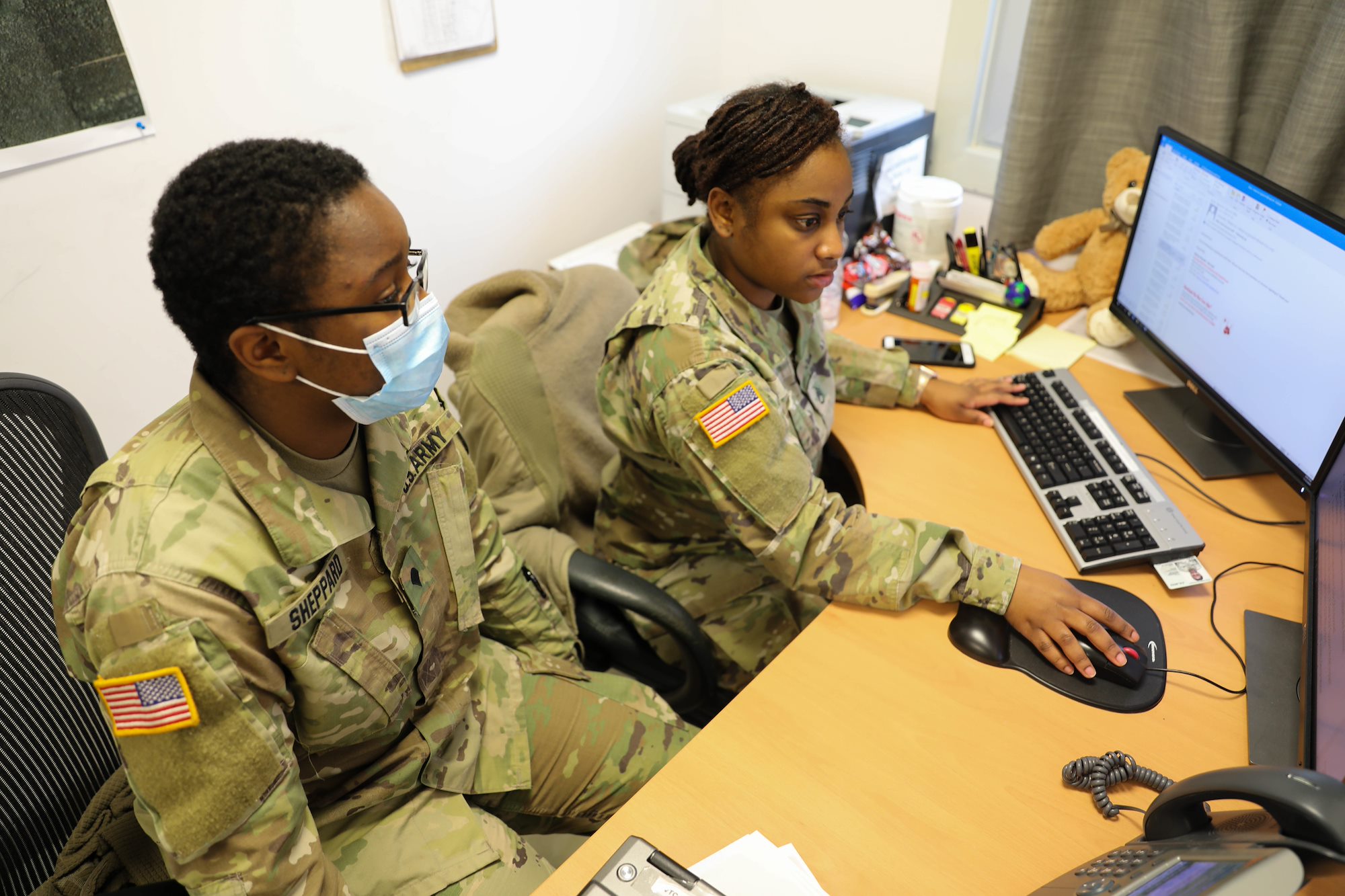 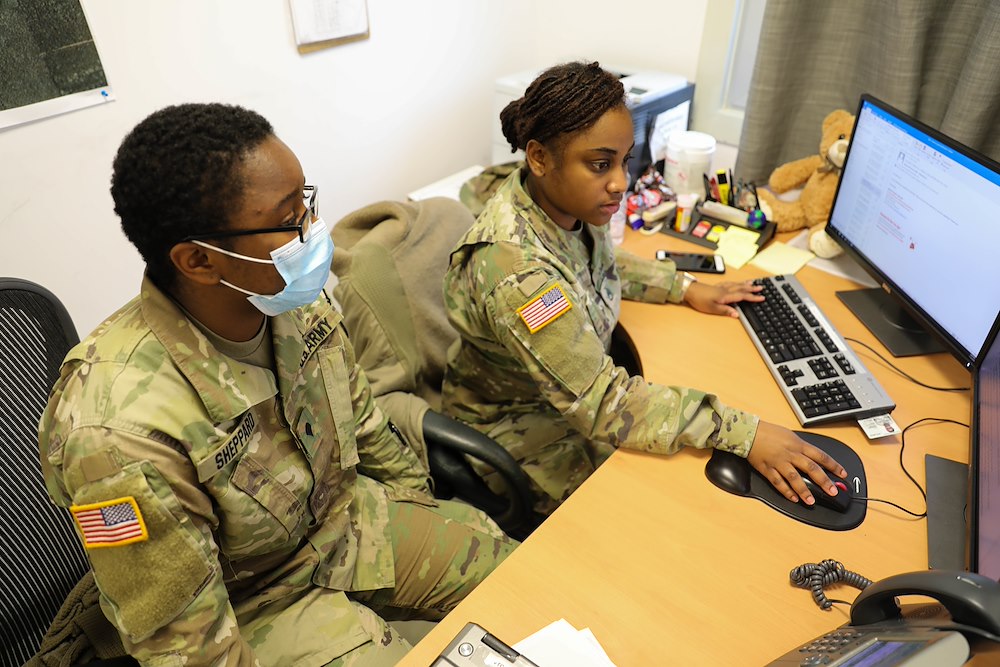 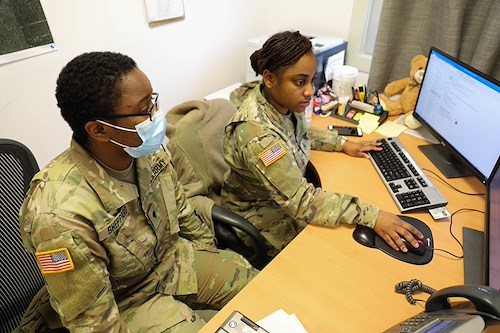 Thousands of American Soldiers, along with our NATO allies, work diligently to enhance deterrence of nearby potential threats and increase readiness as part of Atlantic Resolve. Every individual working towards these goals plays an important part in accomplishing our mission in Europe.

Staff Sgt. Breanna Gray not only works hard to do what she needs to as one of those individuals, she consistently makes those around her better at what they do as well.

“When you are a good leader, it makes them want to do things. When you're able to motivate Soldiers and help them see why you are doing something, that's my biggest thing. I know sometimes it's gonna be hard, but I make sure I am doing it with them,” said Gray.

Her enthusiasm to lead and her willingness to get in and do the work with her troops is something that does not go unnoticed by those with whom she serves.

“I wish she was my non-commissioned officer every single day at every single station. From basic training to now, I don't think I have met anyone this squared away,” said Spc. Laneeja Sheppard, Senior Medic, MK Aid Station. “She sets her expectations high for me. She is a great NCO, she's a great leader in general.”

Gray, a native of Jacksonville, Florida , joined the Army six years ago and quickly rose through the ranks to become an integral part of the U.S. Army mission in Europe.

“Staff Sgt. Gray is critical to the success of the Mihail Kogalniceanu and Novo Selo Training Area medical mission. Her responsibilities are key to keeping U.S. and NATO forces at MK and NSTA active by maintaining and protecting a healthy environment,” said Col. Jeffrey A. Wade, Director of Health Services, for Mihail Kogalniceanu, Romania and Novo Selo Training Area, Bulgaria.

According to the U.S. Army Reserve, the Safety of Soldiers is something that is taken very seriously. Reducing risk to the force is the number one priority with regards to COVID-19. Measures implemented across the force include proper screening, temperature checks, social distancing, face coverings, and hand washing or sanitizing. These measurements are a major part of what the Troop Medical Clinic here is overseeing. Under Staff Sgt. Gray's leadership, Soldiers in this area are kept safer while ensuring that those who we are serving are kept safe at home.

“We want to make sure that Soldiers are good to go and can come over and participate with NATO forces and be able to train and are able to accomplish the mission they came here to do. While doing that we want to make sure our NATO forces, Department of the Army civilians, and local nationals are not put at risk as troops are coming in. We want to keep the population safe,” said Gray.

As the non-commissioned officer in charge, Gray oversees a multidisciplinary team consisting of physicians, physician’s assistants, nurses, lab technicians and several medics from Regionally Aligned Forces units and NATO forces. Staff Sgt. Gray is responsible for the scheduling of air missions for movement of supplies and COVID-19 samples, tracking Department of the Army civilians and Service Member patients, and coordinating restrictions of movement (ROM) for COVID mitigation. She also communicates health results to higher headquarters and other commands in the Eastern European Theater of Operations.

With such a demanding role, the ability of her team, and Gray's ability to guide them in the execution of what they need to accomplish, is vital. She stays very busy, and has to rely on her Soldiers to get the job done whether she is able to be there with them or not.

“When you have Soldiers that you can not be around and they can still complete the mission. That's the best thing ever, I have an amazing team,” said Gray

Gray's high level of competence not only helps those she leads, it allows her leadership to better focus on their responsibilities as well.

“Staff Sgt. Gray’s keen sense of awareness allows me to focus on filtering and managing complex situations,” said Col. Wade. “She works tirelessly and demonstrates initiative in order to ensure mission success. She consistently achieves a measurable impact in support of Atlantic Resolve.”

While those around her are better because they work with Staff Sgt. Gray. She says the job is not without its challenges. In spite of the hardships, Gray certainly sees the individual rewards she has gotten from service.

“You have to have some type of mental strength. It is hard, some people may not feel they have the capacity to be leaders or guide other people. The best thing is that you learn,” said Gray. “Sometimes you are afraid to jump into new things, but you learn you are able. You become a better person. It's not only about the benefits, you build yourself.”

When asked why she was motivated to join the Army, Gray was quick to respond and said that her identity as a Soldier ties directly in with who she is as a person.

“Honestly, I am a helper. I like to change things and I like to help people. I have always wanted to do that,” she said. “I really do love what I am doing. Sometimes it's hard, but my biggest thing is being a leader. I am able to guide Soldiers. I love to be that source for people.”

According to Sheppard, her direct leader is more than capable to work with fellow Soldiers, regardless of rank. She said that Gray's abilities were on display recently while conducting COVID testing and screening for over 185 troops at MK.

“The different leaders were meeting, and she had the answers for everything. It was almost like she could answer a question before it was even asked. Her execution is always on point,” said Shepard

Soldiers at the Troop Medical Clinic have a demanding job. They often work long hours for consecutive days. Their jobs are even more important in the midst of a pandemic. Gray's leadership can help alleviate some of the stress that comes with such an important mission.

“She's always squared away. She doesn't forget my tasks or her tasks and we both have a million things to do. Even while she is doing her job, she reminds me, make sure you check on this, make sure you do that,” said Sheppard. “You can ask Staff Sgt. Gray to do anything and she can get it done.” 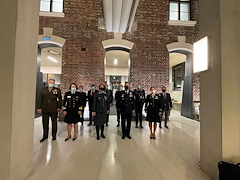