It’s a privilege to be able to join the U.S. Space Force, and continue to deliver space capabilities to warfighters across the Department of Defense, and to our Allies and partners across the globe.
By U.S. European Command Public Affairs ,  United States European Command Stuttgart, Germany Oct 13, 2020
View Gallery
Gallery contains 1 image
× 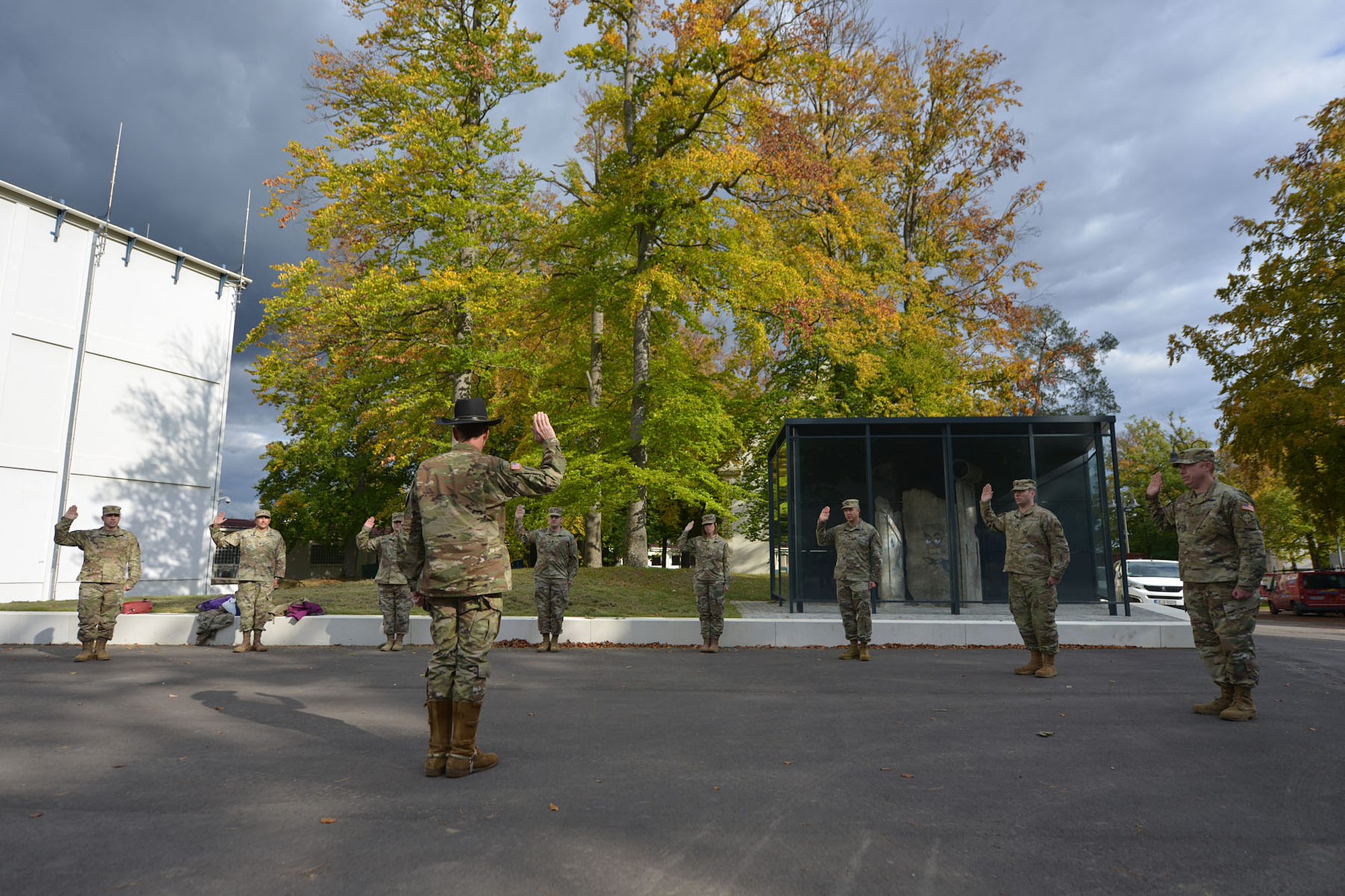 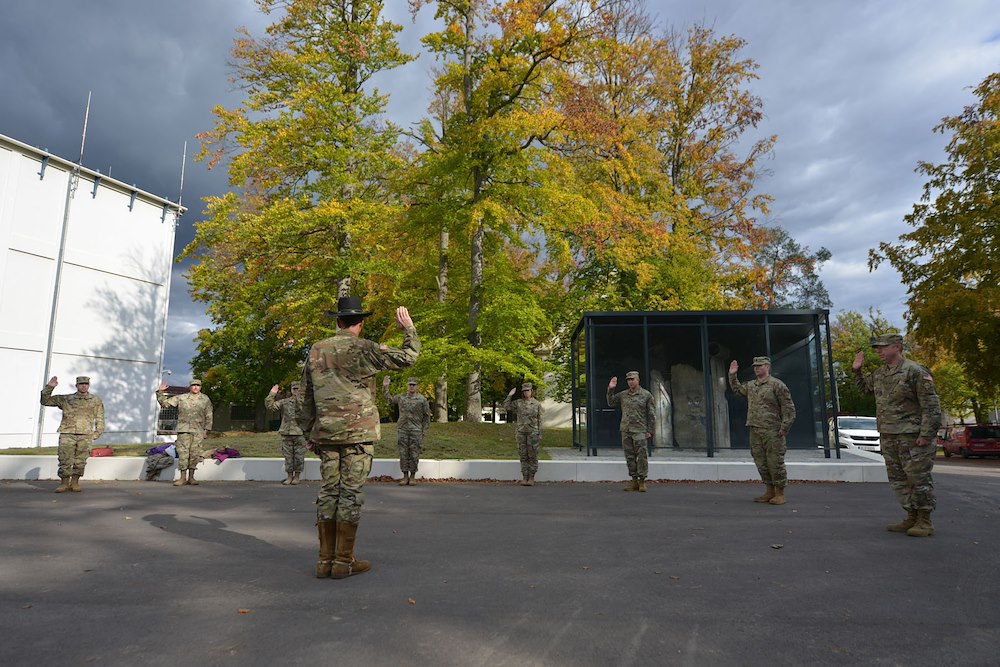 The ceremony was conducted by U.S. Army Col. James Bushong, Director, U.S. Space Command (USSPACECOM) Integrated Planning Element to USEUCOM and NATO, where he administered the oath of office and service members signed documents formalizing their transfer into the USSF.

“The transfer of these military professionals into the United States Space Force represents our commitment to the freedom of access to space for the peaceful purposes of all responsible nation,” said Bushong. “These warriors will stand beside our Allies and partners in the region to provide operational planning expertise, training and exercise support. The formation of USSPACECOM as America’s newest geographic combatant command marks our country’s demonstrated resolve to deter aggression and actively defend U.S. and Allied interests in the global commons of space.”

To officially transfer from one military service to another, military members separate from the current service and commission or enlist into the new service in their current rank. Both officers and enlisted members incur a minimum two-year active-duty service commitment in volunteering for the transfer.

The USSF, established on December 20, 2019 with the enactment of the fiscal year 2020 National Defense Authorization Act, organizes, trains, and equips space forces to protect U.S. and Allied interests in space and to provide space capabilities to the joint force.

The Defense Space Strategy, establishing the USSF as the newest branch of the Armed Forces and the USSPACECOM as a unified combatant command has set a strategic path to expand America’s space power.

Photos from the ceremony are available on the USEUCOM website at https://www.eucom.mil/ and on USEUCOM’s social media platforms.