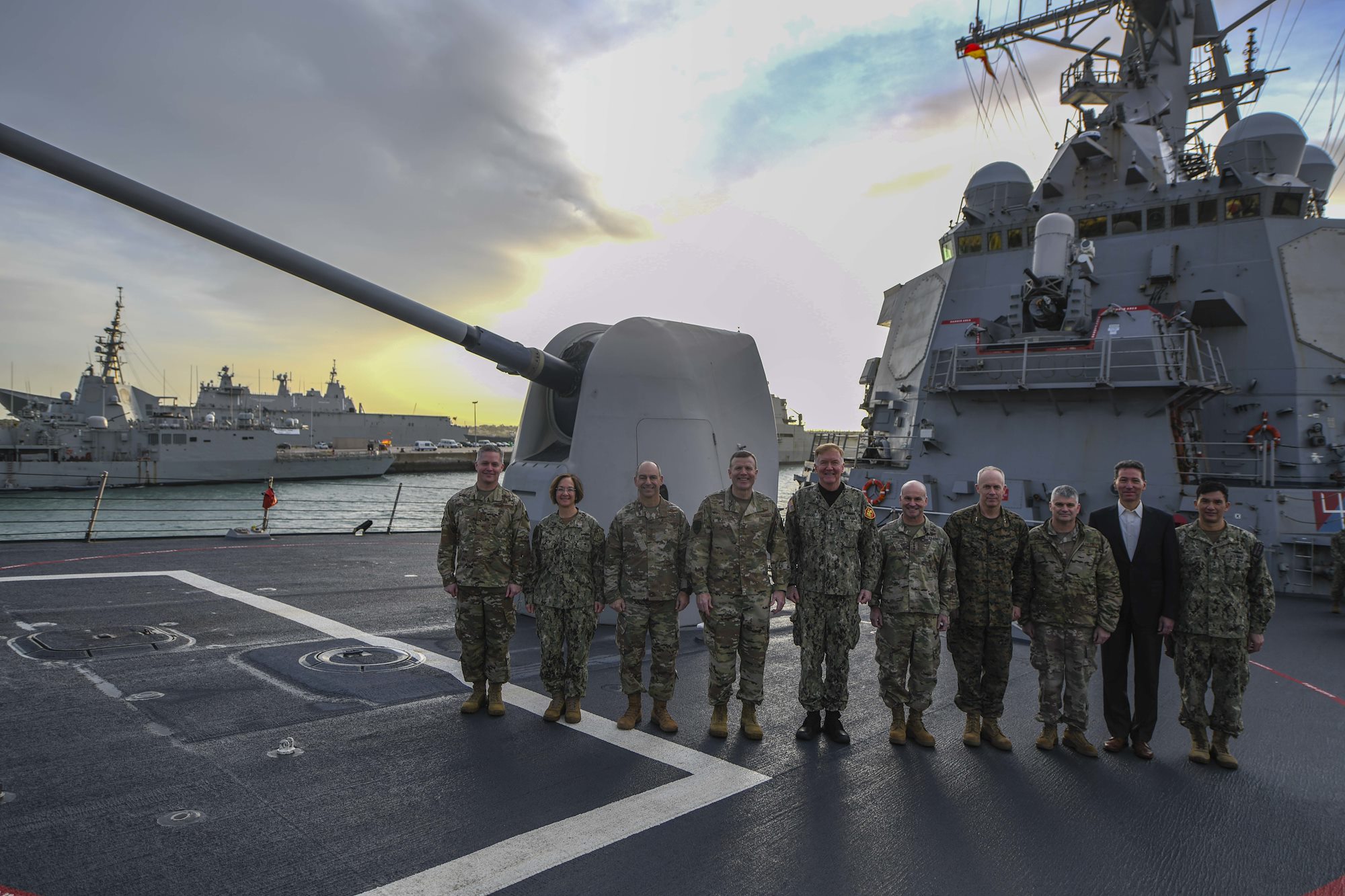 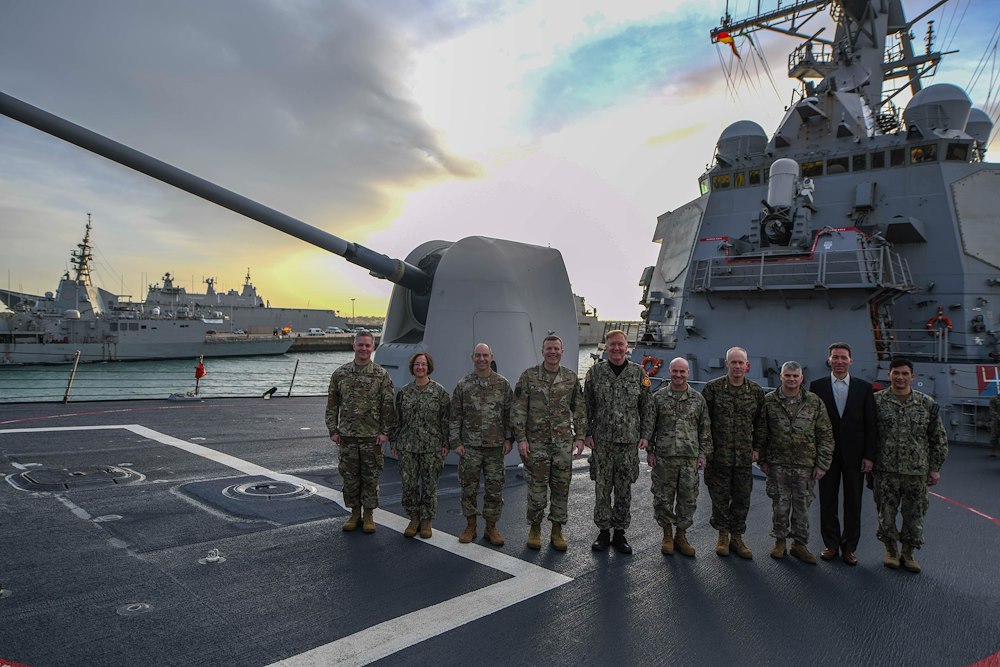 "The U.S. European Command Component Commanders Conference allows our component commands the opportunity to get face to face and increase trust amongst one another, and the opportunity to improve our operational alignment," said U.S. Air Force Gen. Tod D. Wolters, commander of U.S. European Command. "So we can take full advantage of all the capabilities that exist in each and every one of our components."

Naval Station Rota was selected to host the conference based on its strategic importance and geographic location. From Rota, U.S. Navy assets can support the North Atlantic, Baltic, Mediterranean, Northern Africa and the Middle East. Additionally, NAVSTA Rota hosts the Navy's four forward-deployed naval forces destroyers in Europe, which deploy throughout European waterways to help provide for the collective defense and an umbrella of protection over Europe from ballistic missiles. The four destroyers are part of NATO's integrated air and missile defense capability.

Along with the forward deployed ships, CTF 68, Naval Expeditionary Combat Forces Europe-Africa, participates in naval exercises across Europe and Africa, demonstrating U.S. commitment and partnership throughout the region.

"Gen. Wolters asked us to host the conference and we knew Rota would be a perfect place to showcase the great Navy capabilities in our theater to EUCOM's senior leaders and its component commanders," said Commander, Naval Forces Europe-Africa, Adm. James G. Foggo III. "The Triple C brought us together to discuss not just the U.S. Navy assets but the collective strength of the U.S. military in how we should employ our assets throughout Europe."

The military leaders met aboard command and control ship, USS Mount Whitny (LCC 20), the U.S. 6th Fleet flagship, which provides the U.S. Navy with the ability to command and control maritime forces from the sea. The visit helped leaders from other services understand the importance of an afloat maritime operations center and its value in this theater. The visiting generals, admirals and senior enlisted advisors visited the Arleigh Burke class guided-missile destroyer, USS Porter (DDG 78), which helps provide for the ballistic missile defense of Europe. The group also toured a Virginia-class nuclear powered fast attack submarine, USS Washington (SSN 787), and a P-8A multi-mission maritime patrol and reconnaissance aircraft.

"For each of the leaders in Europe, it's critical that we continue to enhance partnerships internally between services, and understand what capabilities each service brings to improve joint warfighting readiness. This is why hosting the Triple C in Rota was important," said Foggo. "This allowed other service leaders to see, first hand, the naval capability we have in the theater."

The visit served to not only highlight the capabilities of the U.S. Navy, but also the U.S.' critical partnership with Spain. The U.S. – Spanish relationship enables a collective defense posture across the maritime domain, enabling the U.S. Navy to execute its mission in the European theater. EUCOM components play a vital role in strengthening partnerships across the theater and within NATO.

U.S. Naval Forces Europe-Africa, headquartered in Naples, conducts the full spectrum of joint and naval operations, often in concert with allied and interagency partners in order to advance U.S. national interests and security and stability in Europe and Africa.