U.S. Soldiers assigned to the United States Balkan National Support Element (USBNSE) at Camp Film City in Pristina, Kosovo, presented a check for more than $8,000 to a youth music school there, Nov. 22 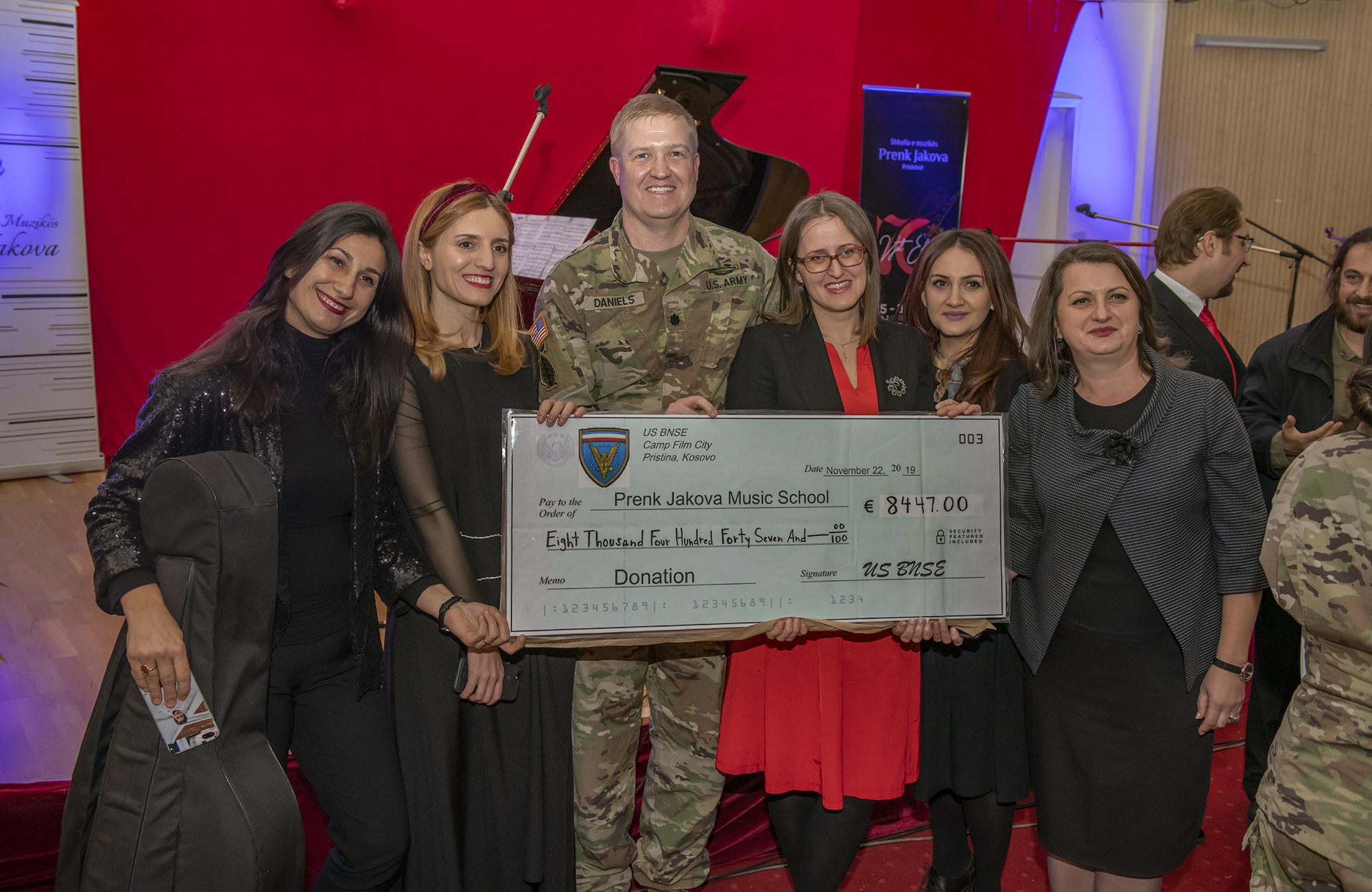 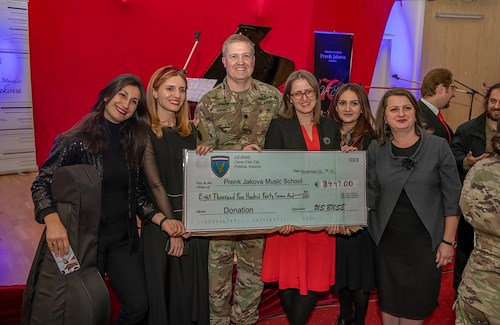 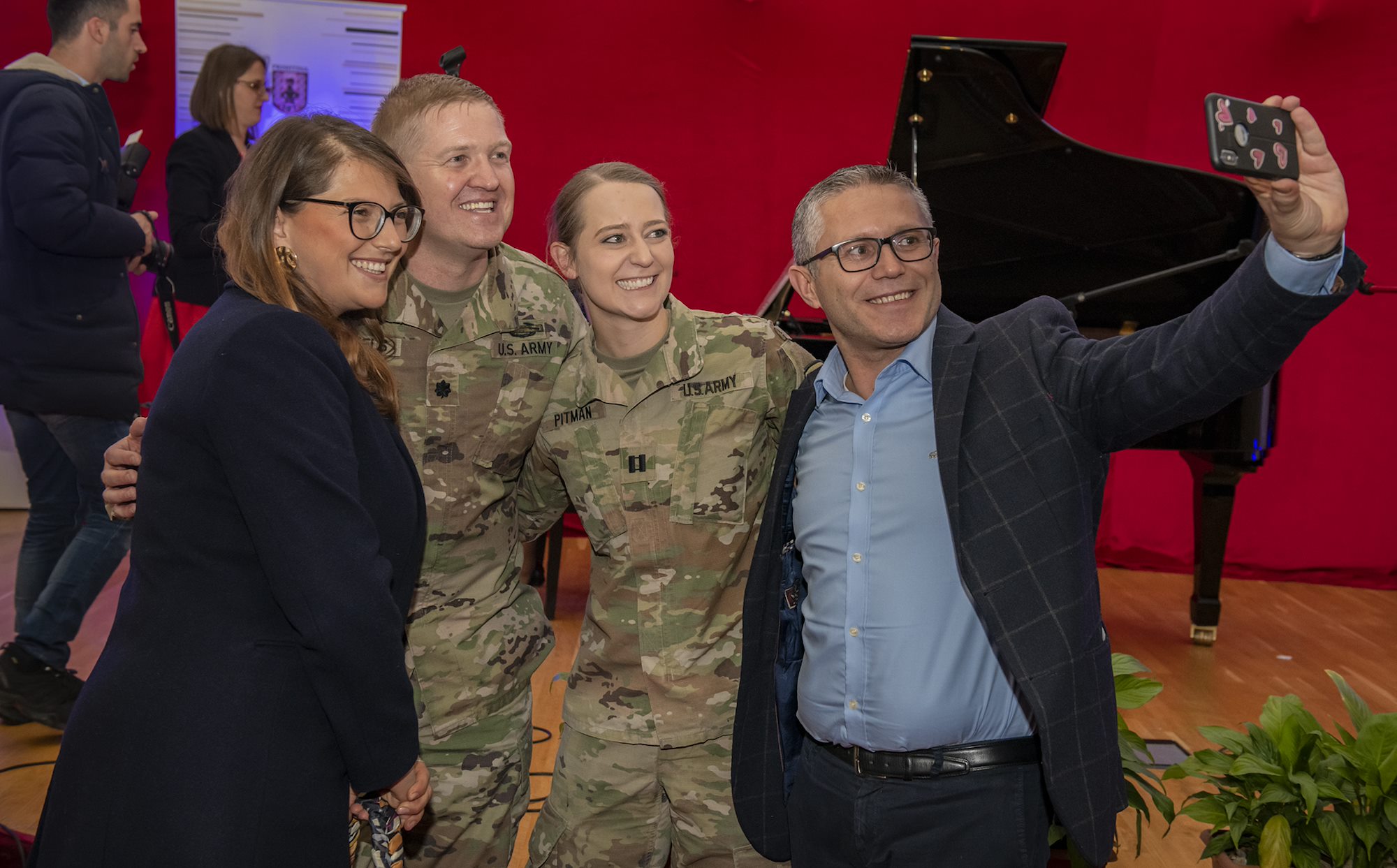 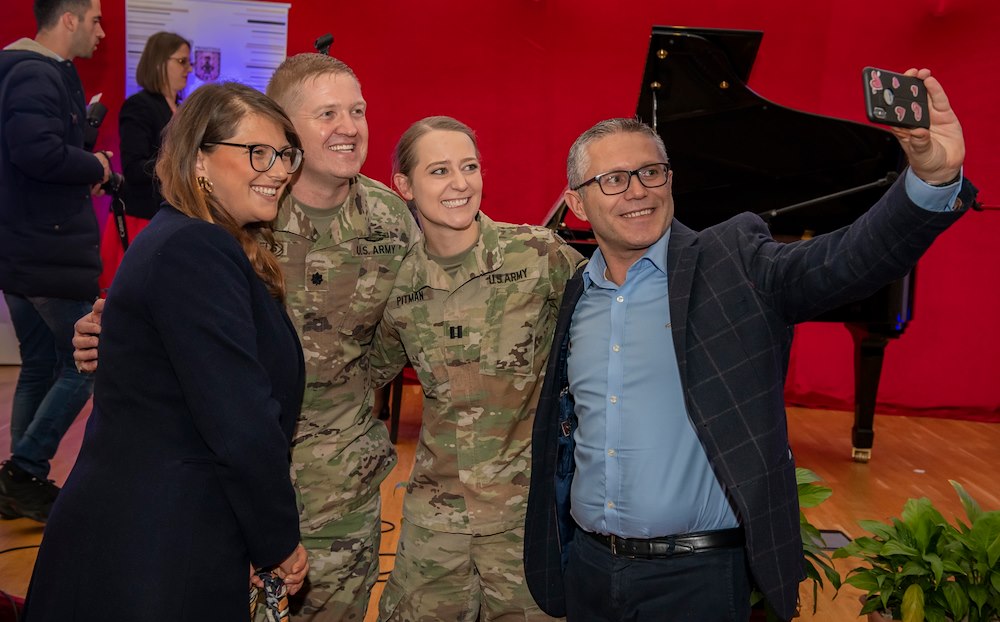 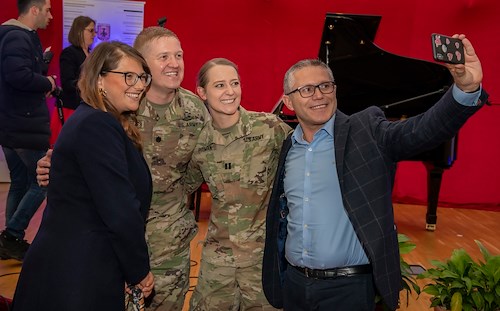 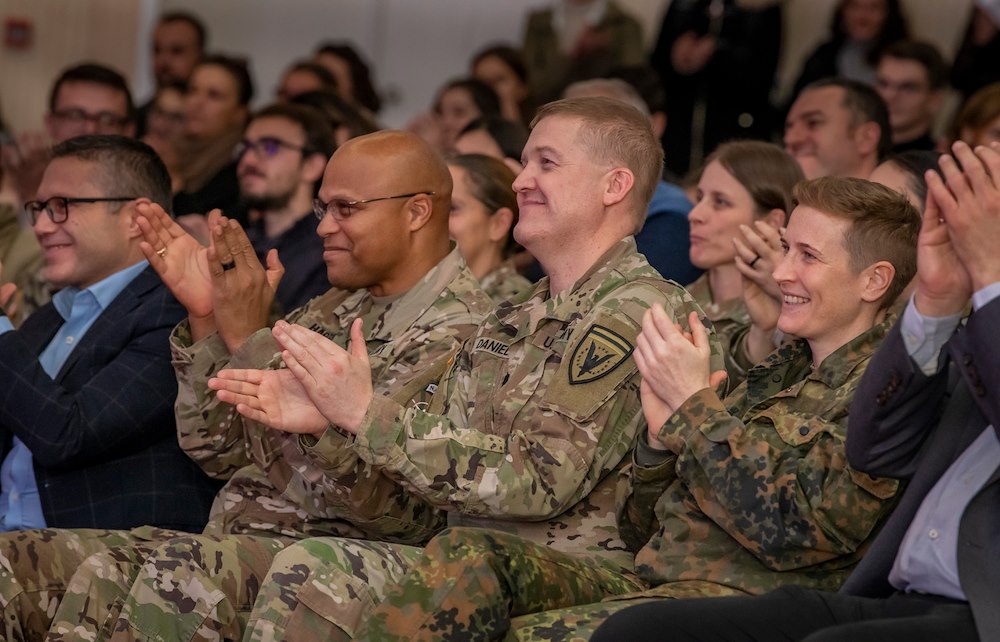 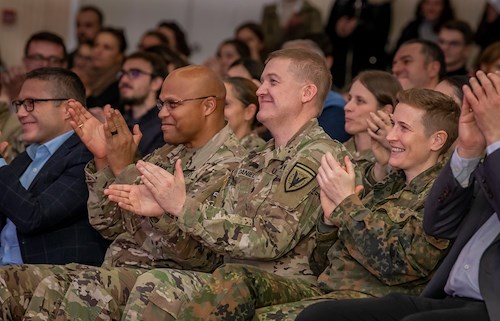 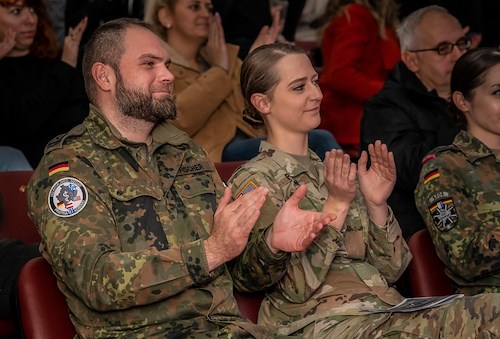 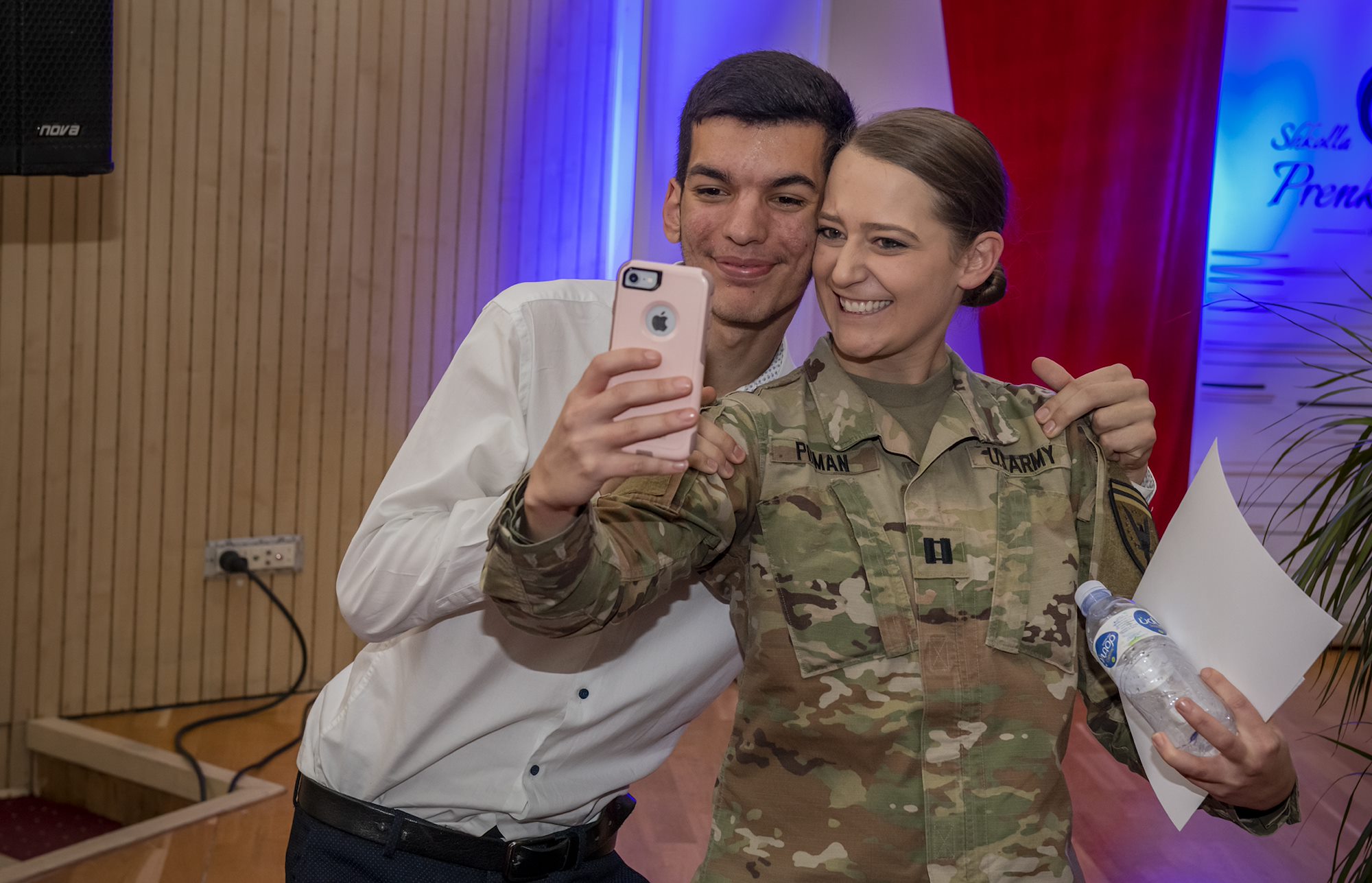 U.S. Soldiers assigned to the United States Balkan National Support Element (USBNSE) at Camp Film City in Pristina, Kosovo, presented a check for more than $8,000 to a youth music school there, Nov. 22. The soldiers raised the money for months leading up to the event and hoped it would positively impact the lives of its recipients, who live in a region that twenty years ago was plagued by war.

In March 1999, NATO launched a military campaign in the Kosovo region, with the primary objective of bringing peace to a largely unstable area. The world watched in horror as thousands were murdered in an act justified as “ethnic cleansing.” The campaign ended in June 1999 with a peace treaty and a NATO-led Kosovo Force (KFOR) entering Kosovo to maintain peace and stability in the region. Twenty years later, KFOR and their support elements remain in Kosovo.

One of those support elements, the USBNSE, had a desire to help the local population in some way. After being introduced to the children at the Prenk-Jakova School of Music, the unit knew right away the school was the perfect cause to adopt.

“We started doing a variety of fundraisers and events in the hopes of raising money for the school,” said U.S. Army Lt. Col. Chad Daniels, the commanding officer of USBNSE. “What we received was a tremendous amount of support.”

“It was a very multinational event, a lot of countries came out to help,” said Daniels. “I was actually one of the people that got pied in the face.”

Daniels also said the priority of any unit should, of course, be their mission. However, he believes it’s important for people of a host-nation to see there is more to U.S. service members than just serving in a combat environment.

The Principal of the Prenk-Jakova School of Music, Ms. Violete Krasniqi, said she was emotional about the amount of support the NATO service members showed the school.

“Any donation they could give us is very important to our school’s students and teachers,” she said. “This money will help these already very talented musicians become even better.”

To show their appreciation, the school held an appreciation concert open to all KFOR members featuring students from the school. After the concert, USBNSE presented the school with the check of money they had raised to date. Lt. Col. Daniels said it was an emotional moment for all involved.

“These are kids that always have a positive attitude every time I have seen them. This, even though they’re faced with adversity by being in an environment like this,” he said. “It’s also a culmination of a lot of hard work from these service members, and I’m extremely proud of them.”

Daniels is set to end his deployment to Kosovo soon but hopes the tie between the Prenk-Jakova School of music and USBNSE continues for a long time. He plans to make sure the next chain of command establishes a relationship with the school before he leaves the country.