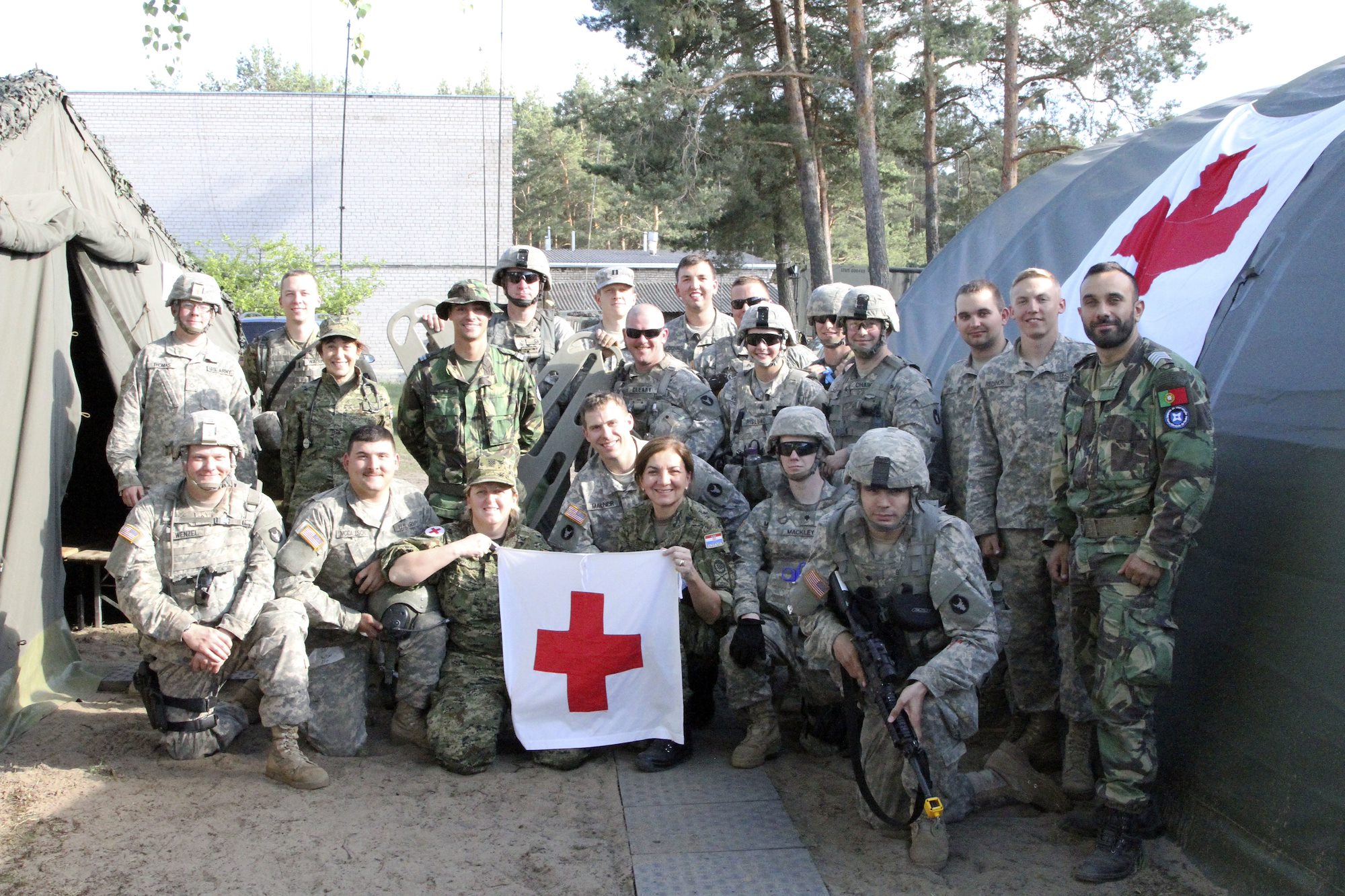 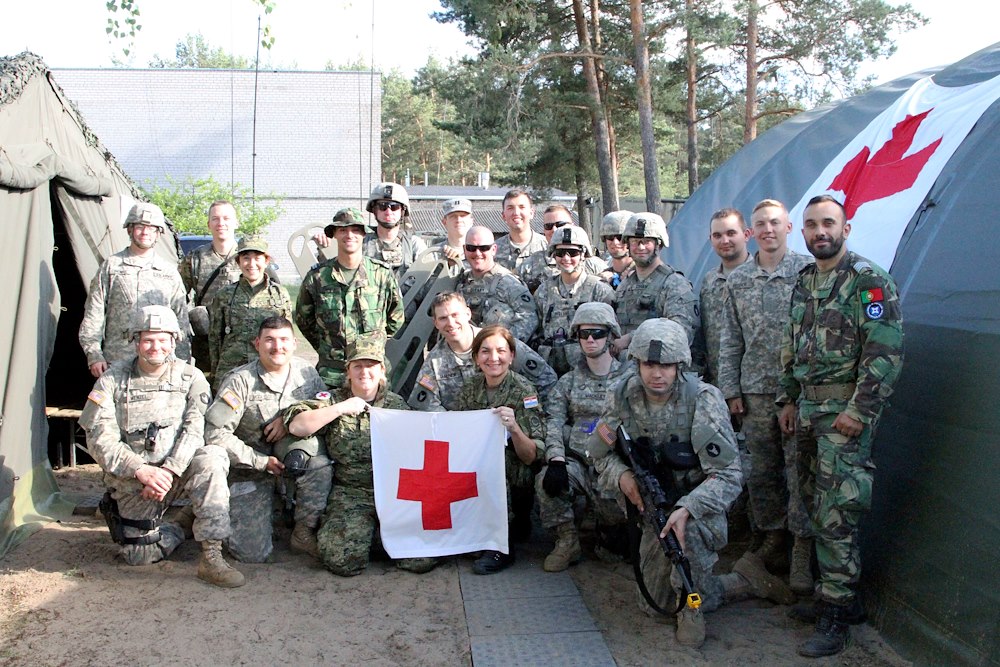 Saber Strike is a US Army Europe-led multinational theater exercise designed to enhance interoperability and alliance between NATO forces and key regional partners.

The medical platoon, from the Minnesota Army National Guard along with the Croatian, Portuguese and Lithuanian medical staff, were tasked to provide medical support to over 2,000 NATO Soldiers during Exercise Iron Wolf.

"Our medical obligation to the FTX is to provide medical support to all activities from a point of injury to the forward aid station until the final medical support in ROLE 2 and ROLE 3 by air and ground evacuation," said Lt. Col. Ruzica Pavic-Kevric, a doctor in the Croatian Army. Immediately following their arrival in the Pabrade training area, all medical personnel began planning and establishing medical support throughout the training site.

"We want to improve treatment among the units, establish a standard treatment of care among the NATO forces and help soldiers concentrate on their mission" said 1st Lt. Flauo Flavio Marino, doctor in the Portuguese Army.

In conjunction with establishing medical support the medical professionals within the cooperating armies began to better familiarize themselves with each other, the equipment and their medical skills and capabilities.

"The opportunity for [Portuguese Medics] to learn from the other Medics will help them - having the knowledge will better them overall and build confidence," said Marino.

For most of the Soldiers participating in Iron Wolf, this was the first opportunity to work alongside other NATO forces. Some, however, encountered familiar faces among the crowd of strangers. Medical Platoon Sergeant Sfc. Dustin Johnson of HHC , 2-136 Combined Arms Battalion was one of the few whom recognized a colleague from a previous Afghanistan deployment.

"Working with the medical doctors from the Croatian military before, seeing them here, made it a lot easier to transition and move forward - and it's been the key to making this training mission a success" said Johnson.

Multinational trainings such as this not only improve the efficiency of the united forces, but also encourage and implement a strong unity among the ranks.

"We can use experiences from other nations to improve our own training and we can better understand our regional partners. In this way we become more prepared and able to demonstrate readiness and dedication to European security and the security of our allies," said Pavic-Kevric.

All the training throughout the week led up to a mass casualty exercise that tested the combined forces resources and proficiency.

"This made me very happy, building up good relationships, learning from each other and providing better and better medical support capabilities to our troops to accomplish our mission," said Pavic-Kevric." Written by Sgt. Amberlee Boverhuis, 100th Mobile Public Affairs Detachment