Armored vehicles of the 1ST Armored Division, VII Corps from Germany, advance on Iraqi positions during Operation Desert Storm. On the horizon are VII Corps tanks.

As the winds of change were blowing across Europe in the waning days of the Cold War, the U.S. European Command and its components were embarking on a far-reaching new mission. Saddam Hussein’s invasion of Kuwait in August 1990 shocked the global community and alerted the U.S. and its Allies to new dangers across the world. Although the ensuing campaign would be led by U.S. Central Command, the highly trained force of American Cold Warriors already overseas in Europe would serve a crucial part in helping eject Hussein’s forces from the small country. In addition to providing much needed logistical support to forces deploying to the Middle East, USEUCOM would oversee operations from within its own theater. The command’s contributions of 30 years ago also set a precedent in honing its ability to undertake global operations in the decades since.

The support provided by USEUCOM to the initial effort to protect Saudi Arabia and deter any further actions by Hussein, known as Operation DESERT SHIELD, was substantial. The period between Aug. 5, 1990, and March 1, 1991, included the deployment of two task forces, over 90,000 troops, 340 Air Force aircraft, over 580 Army helicopters, one Carrier Battle Group and its 85 aircraft, more than 45,000 vehicles, including 1,800 tanks, as well as tens of thousands of tons of supplies and other materiel. The command’s forces made four deployments during this period: DESERT SHIELD Phase I (Aug. 7 - Nov. 7), DESERT SHIELD Phase II (Nov. 8 - Jan. 16), Proven Force (into Turkey, Jan. 14-25), and Patriot Defender (into Israel, Jan. 19-26). Of these deployments, the largest by far was DESERT SHIELD Phase II when U.S. Army Europe’s VII Corps (headquartered at Kelley Barracks), including two armored divisions, deployed from Germany to Saudi Arabia. Overall, some 40 percent of Army personnel in Europe, 16 percent of Air Force personnel (with 54 percent of aircraft), and 38 percent of Navy and Marine personnel deployed during DESERT SHIELD. 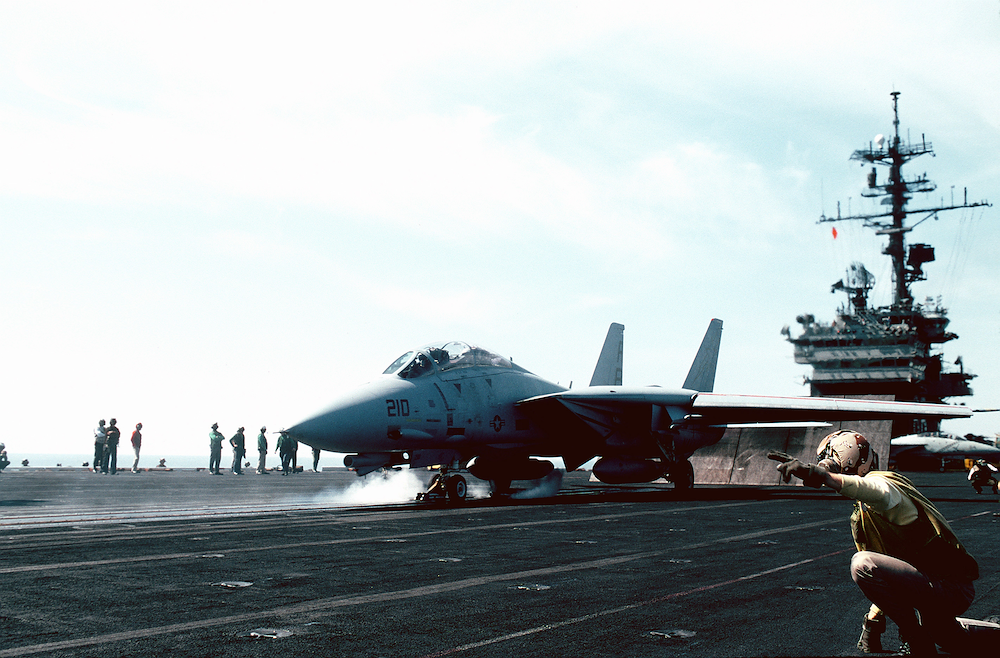 Once active combat began with Operation DESERT STORM on Jan. 16, 1991, the command and its components contributed directly to the fight. A large joint task force (JTF), known as PROVEN FORCE and consisting of over 140 U.S. Air Forces Europe (USAFE) aircraft, had deployed to Turkey only days before and was a crucial part of the ensuing air campaign. Other USAFE bases provided air refueling support to B-52 bombers conducting airstrikes directly from the European theater.

To protect American forces and those of Allies against Iraqi missile strikes, U.S. Army Europe deployed four Patriot missile batteries into Israel as part of Task Force PATRIOT DEFENDER. It also sent additional Patriot missile batteries and other elements into Turkey to protect JTF PROVEN FORCE. Ships operating in the eastern Mediterranean under U.S. Naval Forces Europe control also contributed to early operations and supported the deployment of the USS. America carrier group through the Suez Canal to conduct operations in the Red Sea.

Following five weeks of airstrikes seeking to cripple Hussein's military, the ground phase of DESERT STORM began on Feb. 24. The VII Corps' armored and mechanized infantry forces fought as a key hard-hitting spearhead. In one of the war's most decisive actions, the corps moved directly east with three heavy divisions abreast, attacked and ultimately crushed elite Iraqi Republican Guard units. After only 100 hours of combat, U.S. and Allied ground forces in Iraq and Kuwait had decisively defeated a battle-hardened but sorely demoralized enemy. The skills honed on the Cold War training grounds of Europe were crucial to ensuring the campaign's success.

This brief paper is part of a monthly series leading up to USEUCOM’s 70th Anniversary in August 2022.