History of Bombers in Europe

July 17 marked the 72nd anniversary of the first U.S. strategic bomber deployment in Europe. Learn more about the history behind this key mission, which remains an essential part of the U.S. military’s enduring commitment to a free Europe. 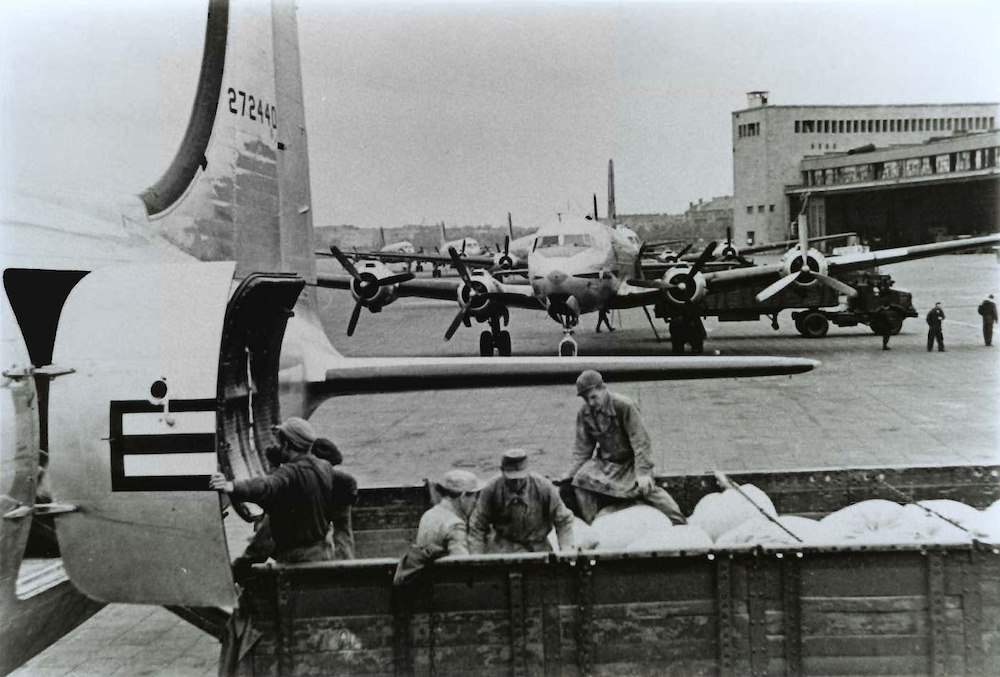 The Berlin Airlift is most often highlighted for the tremendous success the Western Allies achieved through humanitarian airlift. This first major crisis of the Cold War also brought about another key mission that remains an essential part of the U.S. military’s enduring commitment to a free Europe. Even before this initial emergency in Berlin, American and British leaders were gravely concerned about the disparity between their own much-reduced troop presence in western Europe and the over one-million plus troops the Soviet Union retained in occupied areas of eastern Germany. Reversing the post-WWII demobilization of their respective armies and helping other Western Allies rebuild their militaries would take years. For that reason, both countries looked to the strategic bombardment capabilities of the then newly formed U.S. Air Force. In particular, the forward employment of B-29 Superfortress bombers from bases in Europe was seen as a means of providing assurances in the face of the new Cold War threat.

Thus it was in early July 1948, only weeks into the crisis, that British Prime Minister Clement Attlee approved the deployment of American B-29s to bases in the United Kingdom (UK). For the first time, the U.S. Air Force would station combat aircraft in another sovereign nation during peacetime. On 17 and 18 July, some sixty B-29s from two Strategic Air Command (today’s Air Force Global Strike Command) bomb groups flew across the Atlantic and landed at three Royal Air Force (RAF) bases to begin what initially was a 30-day deployment. Their reassuring presence quickly led to a longer 60-day then a 90-day rotation, and ultimately, an agreement between the American and British governments that the basing of U.S. forces in the UK would continue indefinitely. This legacy of close allied cooperation in undertaking critical deterrence and assurance operations remains at the heart of the current Bomber Task Force.

The initial round of B-29 deployments in 1948 marked the just first step in a long partnership with the UK of hosting and sharing in the strategic bombardment mission. A massive and rapid build-up of bomber forces and associated infrastructure ensued. Following a cost-sharing approach, the U.S. and the UK worked to upgrade, rehabilitate, and maintain air bases across the country. In addition, Strategic Air Command personnel trained RAF bomber crews and oversaw the transfer of B-29s to that force in order to complement the American rotational elements. At the peak of this period of cooperation in 1955, nearly 82,000 U.S. Air Force personnel were stationed at over 80 British installations, including 23 airfields.

Also during this period, a new jet-age era was being ushered in for the U.S. bomber force. The B-47 Stratojet medium bomber was set to replace propeller-driven B-29s and B-50s. The 306th Bomb Wing at MacDill AFB, Florida, the first operational B-47 organization, undertook initial Stratojet deployments to RAF-hosted bases from April to June 1953 in order to validate the new aircraft’s abilities. From that point onward, Strategic Air Command maintained at least one B-47 wing in England well into the late 1950s. The B-52 Stratofortress, a larger and longer range bomber, was also making its debut at this time. 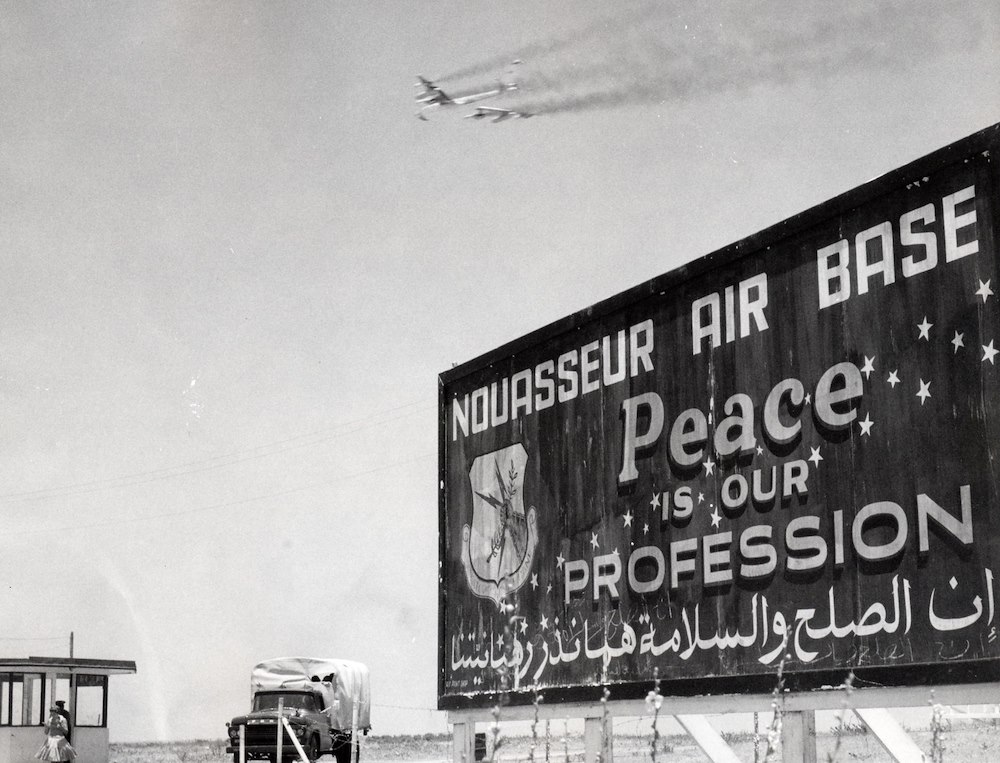 Following the establishment of the UK bases and formation of the North Atlantic Treaty Organization (NATO), the U.S. began looking at additional basing in the Mediterranean region in order to protect the new Alliance’s southern flank. In June 1951, the Strategic Air Command activated the 5th Air Division in Rabat, Morocco to oversee the initial construction of bases in North Africa. Later in July 1956, the U.S. Air Force activated the headquarters of Sixteenth Air Force in Madrid, Spain to manage new bomber bases in that country. The U.S. had approached the Spanish government a few years prior to negotiate for the bases as a means of strengthening NATO’s southern presence.

A year later in 1957, Sixteenth Air Force (serving today as a Joint Force Headquarters-Cyber element) was reassigned to Strategic Air Command and given control over the Moroccan bases as well. It would also implement a new mission named REFLEX ACTION, which reduced the large rotational deployments of entire bomber units by keeping just a few select crews and their jets on ground alert at these overseas bases.

Transition of the Bomber Mission

As the Strategic Air Command underwent a major transition in the late 1950s from a manned aircraft force to a mixed aircraft and intercontinental ballistic missile (ICBM) force, its medium B-47s were phased out. Consequently, the command began realigning its overseas forces. In July 1963, all operations in Morocco ended and were consolidated at the bases in Spain. The command also turned over several bases in the UK for use by tactical elements of the United States Air Forces in Europe (USAFE), which was then reorganizing its fighter units across the European theater. By the end of 1965, all REFLEX operations had ceased and the residual Strategic Air Command presence primarily consisted of air refueling units already supporting the worldwide airborne alerts of the command’s B-52 wings.

In mid-April 1966, Sixteenth Air Force was transferred to USAFE in order to be that command’s operational air element for NATO’s southern area, which now included bases in Italy, Greece, and Turkey.  At the former bomber airfields in the UK, USAFE organizations took over base operations and provided support to B-52 units attending RAF bombing competitions each year. Because of the demands the Vietnam War placed on the B-52 force, these competitions represented the primary means of maintaining a U.S. bomber presence in the European theater over the next decade. 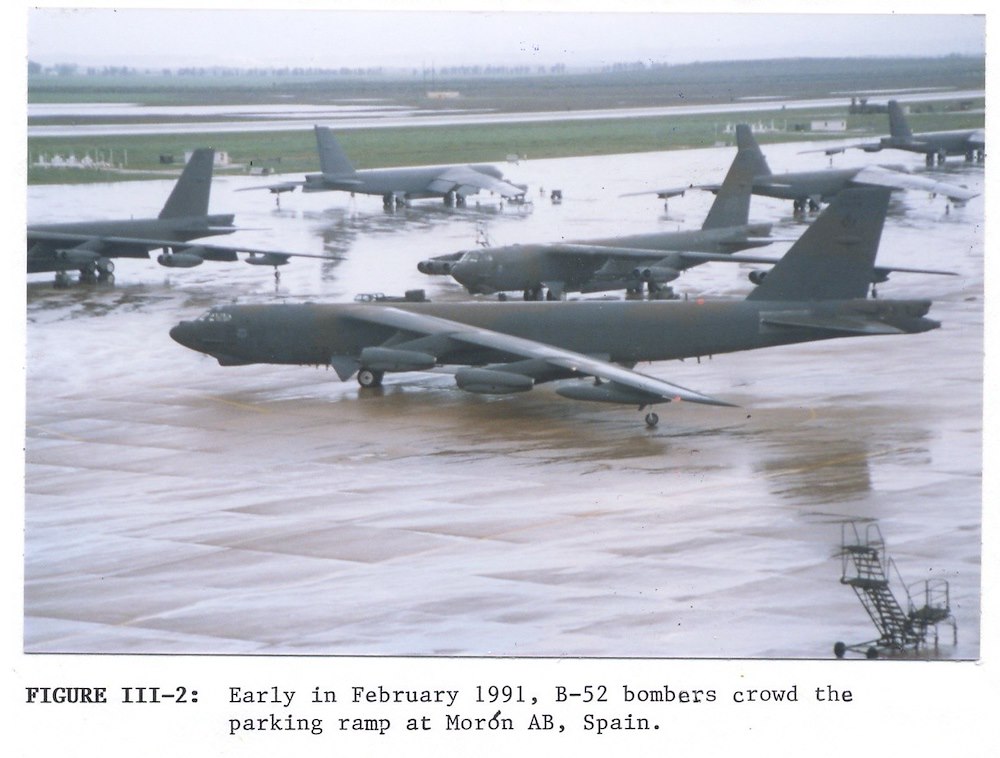 Following the end of active operations in Southeast Asia, the Strategic Air Command undertook renewed efforts to provide active bomber support to NATO. The first B-52 contingency deployment to a European location occurred in May 1979 when Dyess AFB, Texas sent aircraft and personnel to the UK to participate in several USEUCOM-sponsored exercises. To support these deployments, USAFE also formally activated RAF Fairford later that summer as an air refueling, or tanker, base. Known as BUSY BREWER, these B-52 exercise deployments to the UK would continue well into the next decade. Later in October 1983, B-52s from Loring AFB, Maine deployed to Moron Air Base, Spain which marked the first such use of a Spanish base. These actions and follow-on efforts helped to re-energize the bomber enterprise in Europe and laid the groundwork for future operations.

Following the end of the Cold War, a succession of expeditionary operations arose that called for bomber support in the European theater. The first of these was the 1991 Gulf War air campaign, when B-52s forward deployed to USAFE bases and conducted coalition operations in Iraq. Subsequent B-52 operations supported from USEUCOM locations included ALLIED FORCE in 1999 and IRAQI FREEDOM in 2003. Over the same period, the bombers have remained a key player in NATO exercises and other maneuvers. The venerable B-52 has been joined by the newer B-1 Lancer and B-2 Spirit in more recent years. Many of the units that fly these aircraft also participated in the first bomber deployments over 70 years ago. As such, they continue the ongoing legacy of today’s Bomber Task Force.