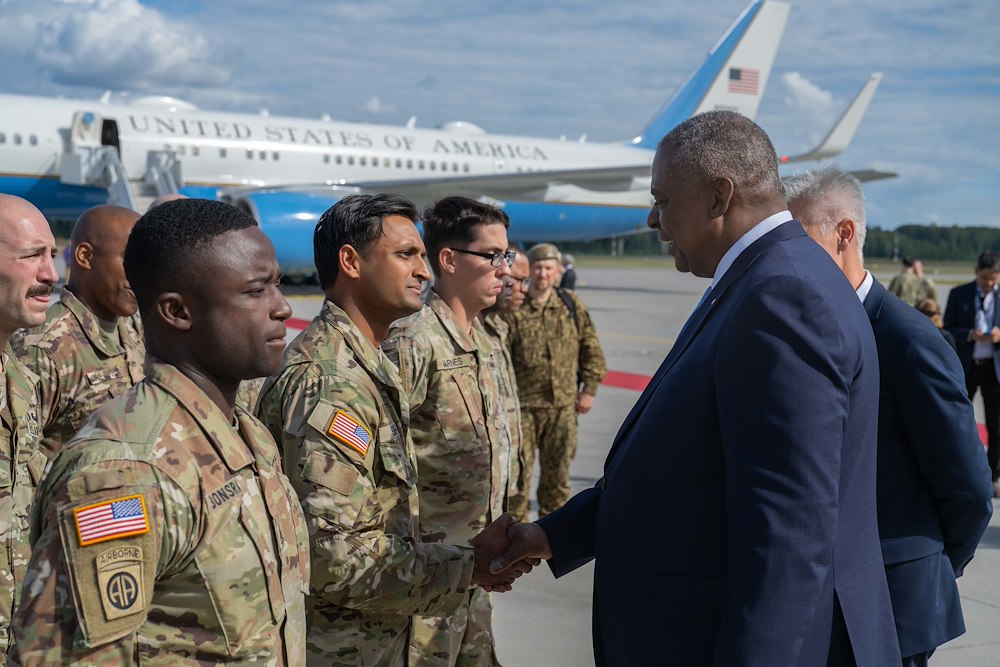 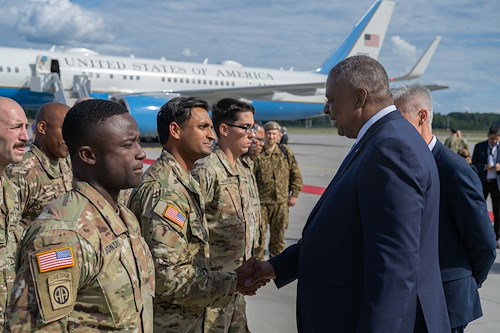 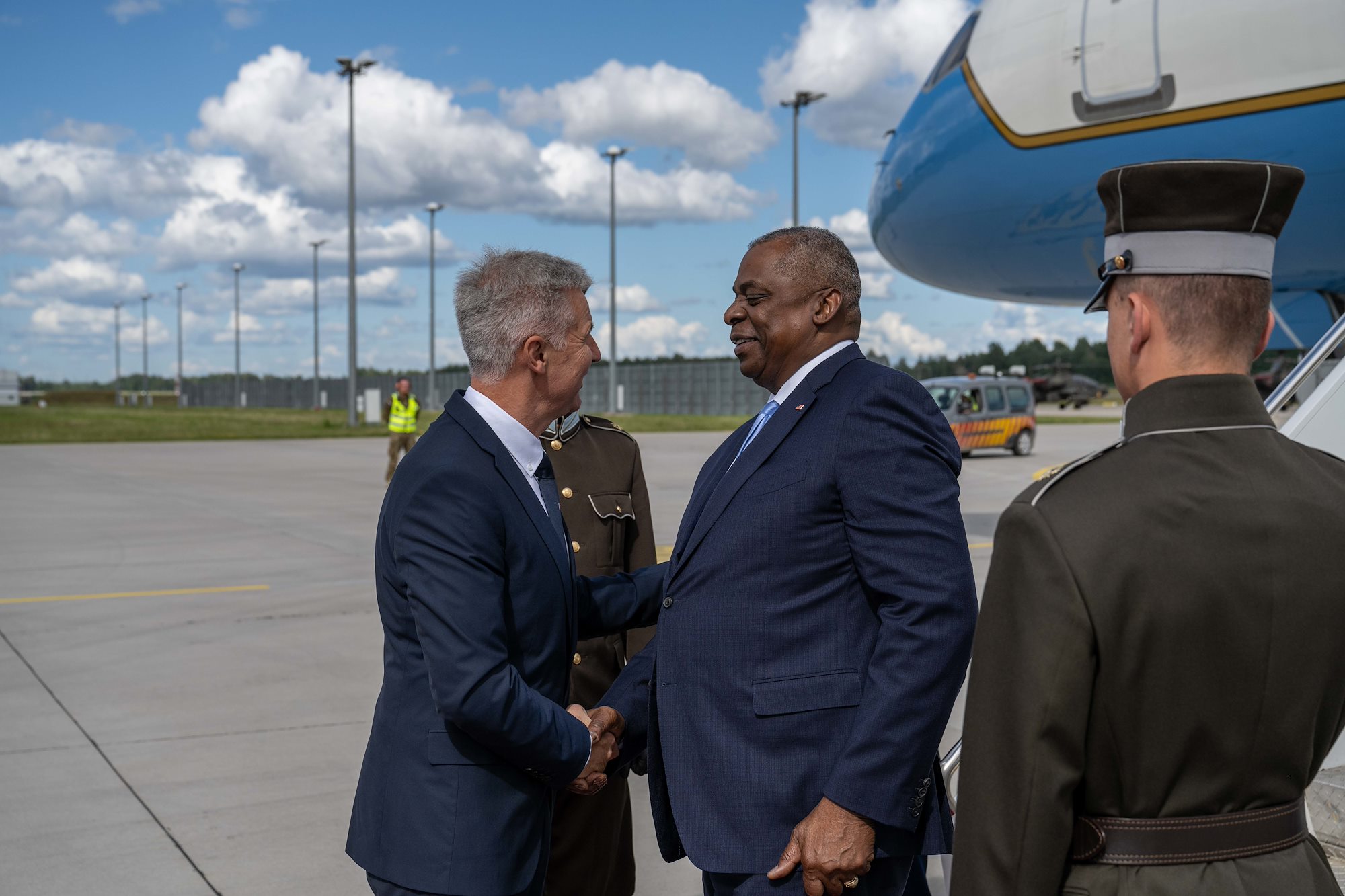 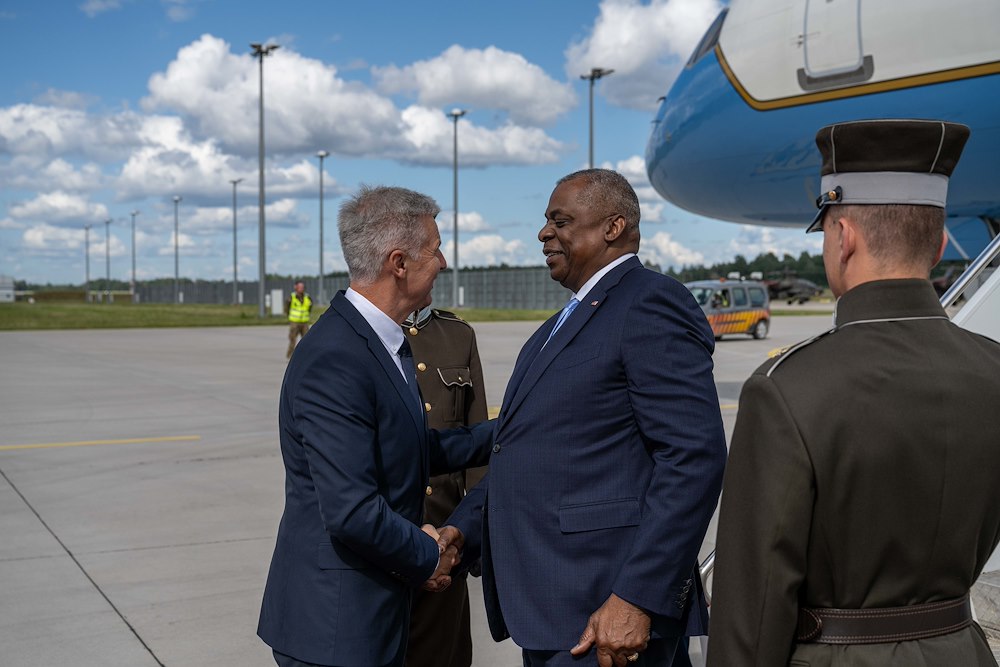 Secretary of Defense Lloyd J. Austin III visited some of the 600 U.S. troops in Latvia and met with Latvian leaders to discuss ways to ensure the defense of an important NATO Ally and to beef up deterrence against neighboring Russia.

The secretary and Latvian Defense Minister Artis Pabriks met 1st Infantry Division troops in Lielvarde Air Base. "You are here for a purpose," Austin told the U.S. and Latvian troops at the base. "That is to defend every (inch) of NATO territory."

He told the U.S. Soldiers that they were the best ambassadors the U.S. has and urged them to get to know their Latvian Allies. "Get out and get to know your Latvian partners that you may have to fight alongside," he said.

In a question-and-answer period, one Soldier asked the secretary if there wasn't a way to increase realistic training with Latvian troops and other NATO forces in the nation to deter Russian President Vladimir Putin. The secretary told the troop that one reason he is in the country is to find ways to increase those training opportunities.

Part of that decision was to deploy a brigade combat team headquarters in Romania with units further deployed to the Baltic Republics. The president called for "a persistent heel-to-toe rotational presence in all three Baltic countries to reinforce the combat-credible capabilities of the alliance, in general, and the United States in particular," said a senior defense official traveling with the secretary.

One of the advantages of having brigade combat teams headquartered in Europe will be the ability of the United States and NATO Allies to do consistent training together, which keeps American forces in Europe ready, the official continued. "What's even better, it enhances interoperability and the readiness of our NATO Allies."

The secretary will meet Latvian leaders in the capital city of Riga and thank them for their contributions to the defense of Ukraine. The official said Latvia and the United States have important bilateral issues to discuss.

Austin is the first U.S. defense secretary to visit the country since 1995, DOD officials said. 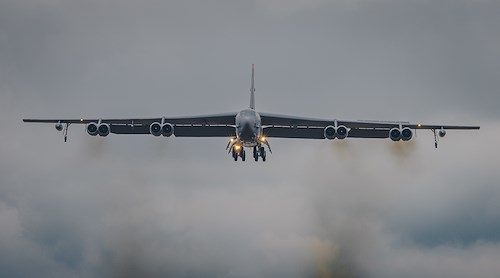