Airmen and F-15s from the 48th Fighter Wing will participate in Exercise Point Blank 20-4, Sep. 10, with other U.S. Air Forces in Europe and Air Forces Africa units, as well as the Royal Air Force, Royal Netherlands Air Force, and first-time participation of bomber aircraft from U.S. Global Strike Command.

We stand in lock step with our British and NATO counterparts, and are proud that our collective efforts ensure that we are always ready to own the skies.
By Senior Airman Christopher Sparks ,  48th Fighter Wing Public Affairs Brandon, Suffolk, United Kingdom Sep 11, 2020 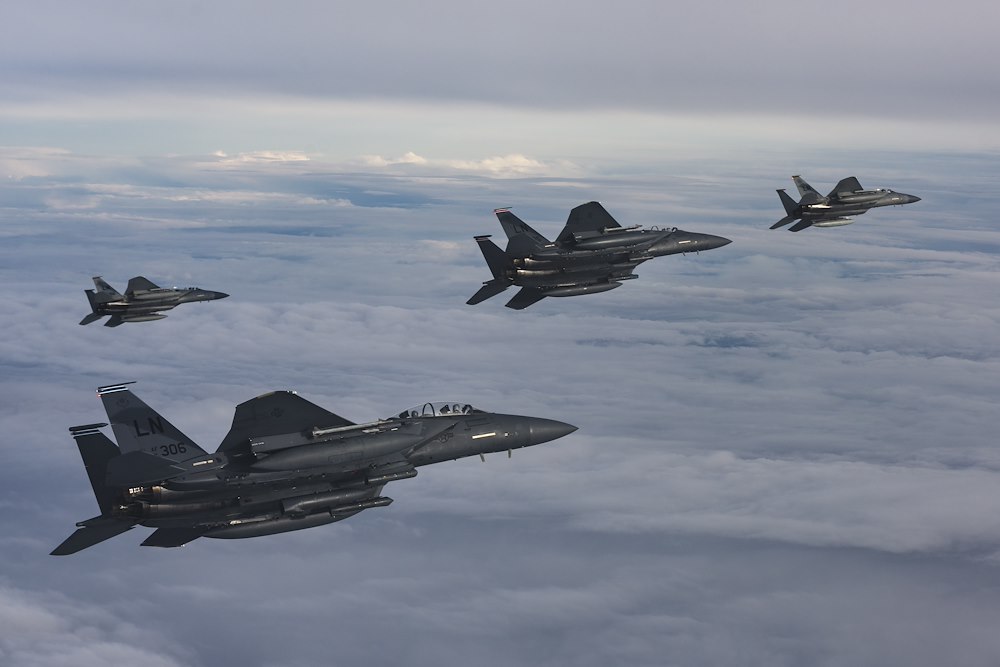 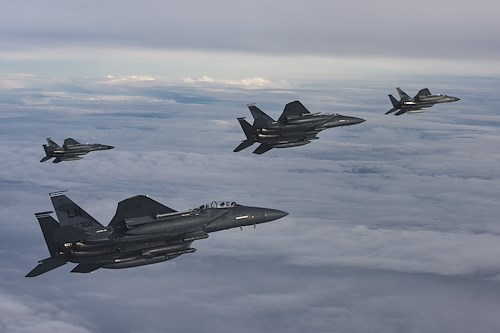 The 510th and 555th Fighter Squadrons from Aviano Air Base, Italy, and U.S. Marine Corps F-35s from Marine Fighter Attack Squadron 211, will also participate for the first time.

More than 50 aircraft including F-15s, F-16s, F-35s, Typhoons, B-52s, and KC-135s will take to the skies over the North Sea for a high-end fight focused on fourth and fifth generation Defensive Counter Air integration.

“What started as a small grassroots training initiative between the U.S. and Royal air forces has now grown into an adaptable large-scale exercise capable of incorporating joint service and multinational assets across the spectrum of conflict,” said Col. Jason Camilletti, 48th Fighter Wing commander. “We stand in lock step with our British and NATO counterparts, and are proud that our collective efforts ensure that we are always ready to own the skies.”

Point Blank is a recurring, low-cost exercise initiative designed to increase tactical proficiency of U.S., Ministry of Defense, and other NATO forces. Multilateral exercises like this increase interoperability and collective readiness, deter potential adversaries and ensure the skies within the European theater remain sovereign.