“The military free-fall jumps conducted with the HTF were beneficial to the NSW unit not only for sustainment training, but also for enabling NSW operators to have further training on the different type of aircraft,”
By Staff Sgt. Larraine Whetstone ,  United States European Command Stuttgart, Germany Nov 18, 2016
View Gallery
Gallery contains 1 image
× 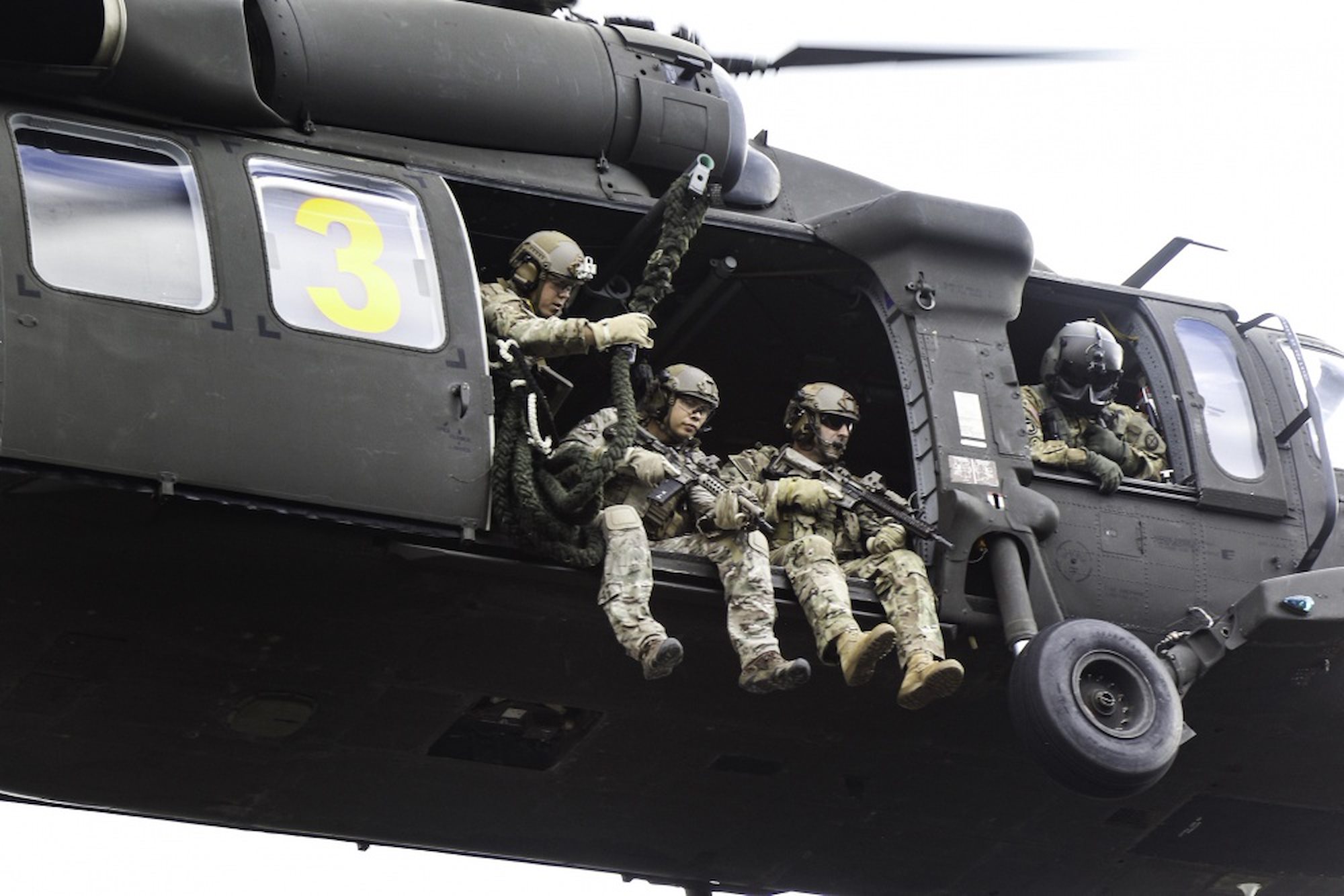 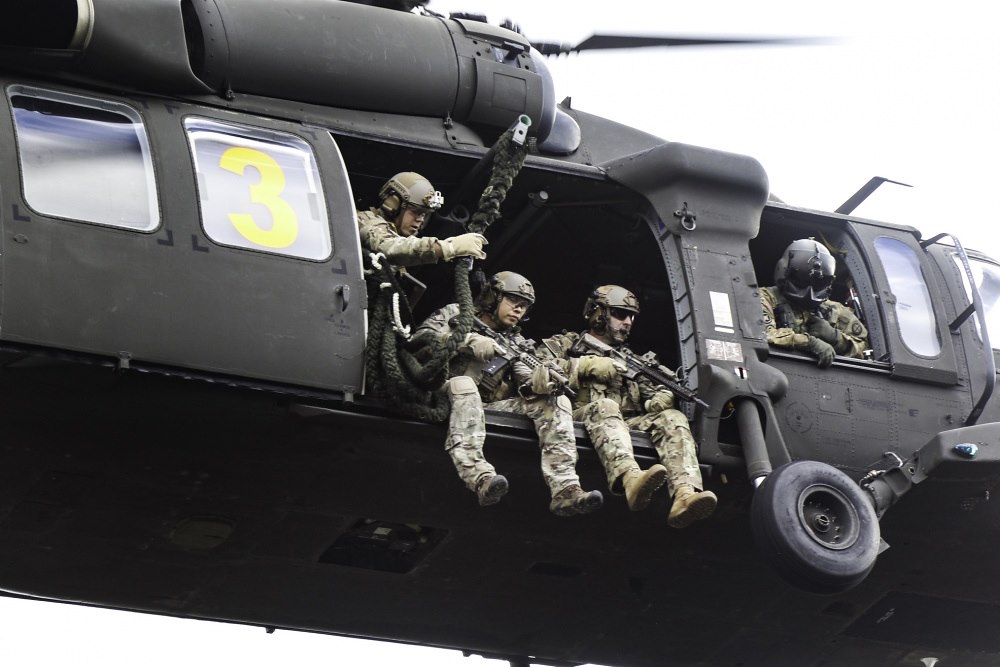 STUTTGART, Germany- During the month of August, Special Operations Command Europe and adjacent units conducted fast-rope insertion and extraction system training, and military free-fall with the support of an Army National Guard Helicopter Task force.
Army National Guard UH-60L black hawk pilots and crew chiefs from Colorado, Kansas and Utah assisted the special forces members of 1st Battalion 10th Special Forces Group with fast-rope insertion and extraction system training Aug 1- 4.
Fast-rope is a training technique that is useful for deployed service members to touch down in areas of which the helicopter itself cannot land. The service members are not connected to any harnesses and rely solely on technique to land safely.
The task force gained invaluable experience in conducting real world training scenarios for SOCEUR and their partners, said Chief Warrant Officer 4 Michael Antinora, senior black hawk pilot of the helicopter task force.
The HTF were not the only ones to gain from the exercise.
Training up the air crews in fast-roping also allowed the operators from the 1-10th SFG to hone their skills, stated the operational detachment alpha commander.
Marine Corps Forces Special Operations Command and Navy Special Warfare Unit 2 service members worked with the HTF to conduct military free-fall jumps Aug. 16. at a high-altitude of about 13,000 feet.
“The military free-fall jumps conducted with the HTF were beneficial to the NSW unit not only for sustainment training, but also for enabling NSW operators to have further training on the different type of aircraft,” stated the naval special warfare unit 2 task unit commander.
In a typical military free-fall exercise, the jumper will jump from the aircraft and deploy the parachute at a high altitude, 10–15 seconds after the jump. The jumper will use a compass for guidance while flying for 30 or more miles. The jumper must use way points and terrain features to navigate to their desired landing zone, and correct their course to account for changes in wind speed and direction. In a deployed environment, the team will form up in a stack while airborne with their parachutes. Usually, the jumper in the lowest position will set the travel course and act as a guide for the other team members.
By utilizing the UH-60s black hawks, the operators were able to operate across the aisle with the Army helicopter pilots furthering NSW’s relationship with its counterparts, said the naval special warfare unit 2 task unit commander.
Fast-rope insertion and extraction system training and military free-fall are both great opportunities for the HTF to integrate into SOCEUR, stated Antinora.
“We look forward to a long productive relationship that is mutually beneficial to all components involved,” said Antinora.