Representatives from 11 nations across Europe and North America met for the Arctic Security Forces Roundtable in order to promote regional understanding and enhance multilateral security operations within the Arctic area. 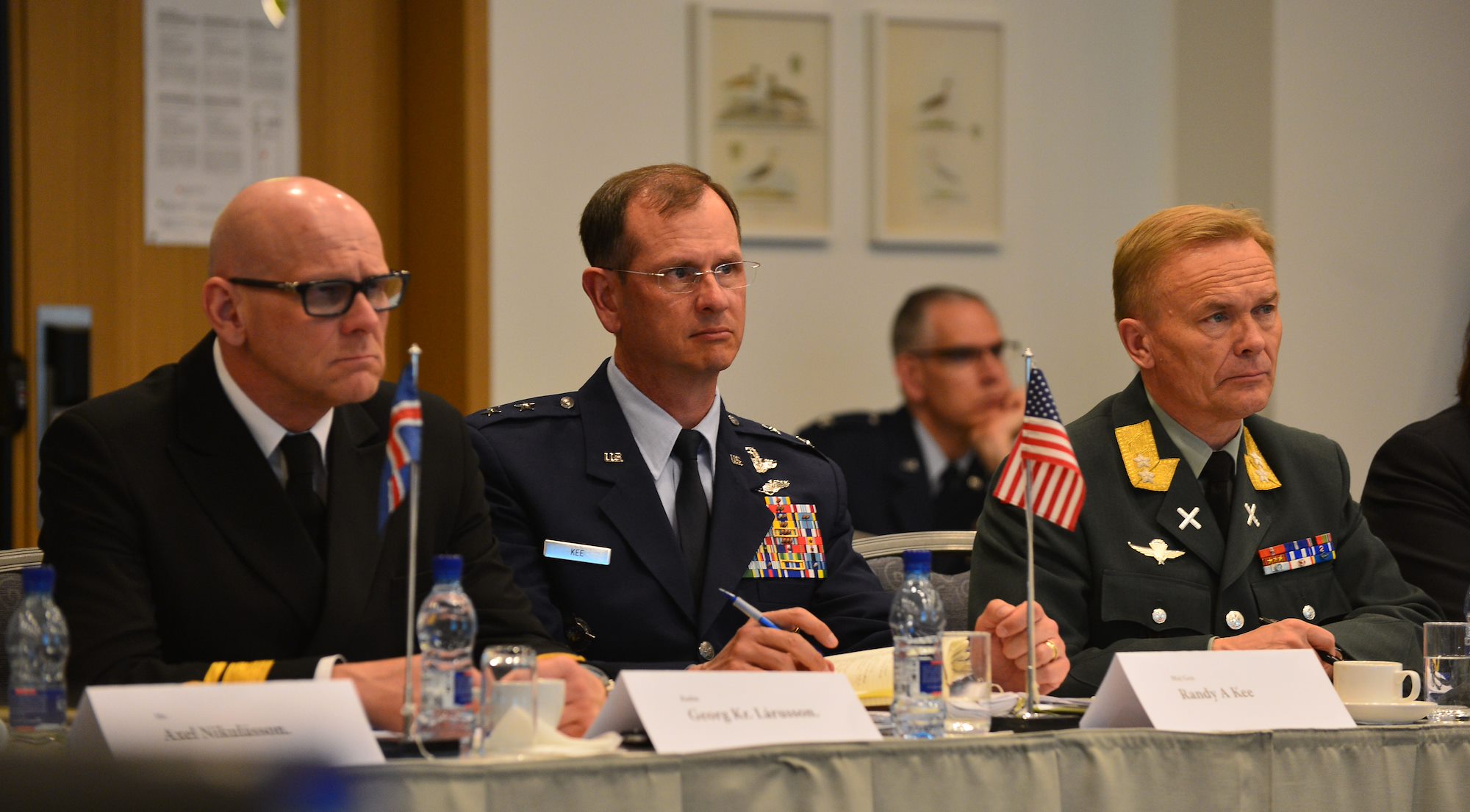 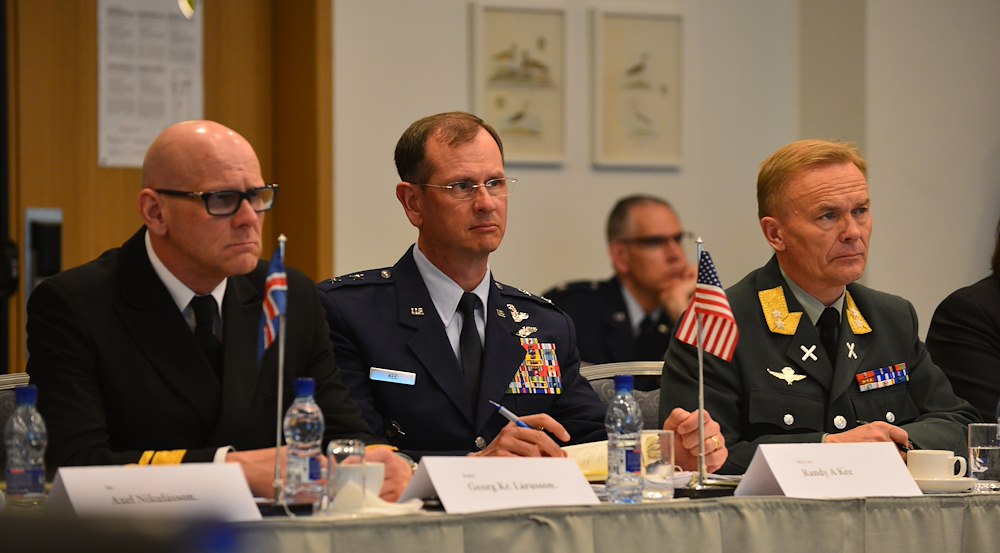 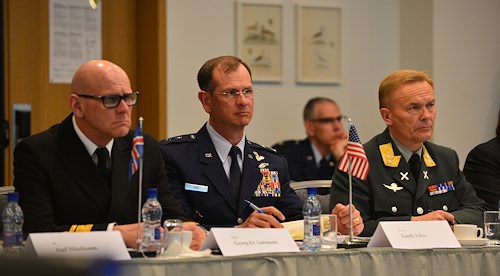 REYKJAVIK, Iceland –Military leaders from across Europe and North America met in Reykjavik, Iceland to discuss security related issues within the Arctic Circle during the Arctic Security Forces Roundtable May12-13, 2015.

Held annually since 2011, the ASFR is a multi-day conference designed to promote regional understanding and enhance multilateral security operations within the Arctic area. This year’s forum was hosted by the Icelandic Coast Guard, and focused on events and challenges within the Greenland and Norwegian Seas region.

According to U.S. Air Force Maj. Gen. Randy Kee, one of the leaders of the ASFR, a big part of the conference is learning about potential issues that could result from increasing human activities in the Arctic, and how defense and civil authorities can work together to respond to them.

"This is an opportunity for us to come together as military professionals and focus on those issues where we bring the open hand of help," Kee said. "We can learn how we can bring military capabilities to bear that are meaningful in areas such as domain awareness, humanitarian assistance and disaster response."

During the conference, representatives from seven nations with Arctic holdings and four observer nations listened to a variety of presentations from civil and industry leaders in the region. These culminated in a theoretical training exercise where attendees worked together to plan disaster response for a hypothetical volcanic eruption.

According to Norwegian Army Maj. Gen. Odin Johannessen, who co-led the conference with Kee, the ASFR allows both military and civilian participants to gain a greater understanding of the Arctic and their potential roles in it.

"The different actors [in the Arctic] all have different purposes," Johannessen said. "If all of these actors can work together, it will be a benefit for all of us."