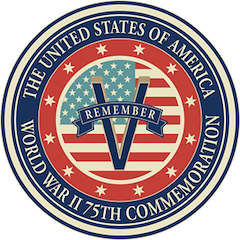 Victory in Europe, or V-E Day, is the day celebrating the formal acceptance by the Allied nations of Nazi Germany’s surrender of its armed forces. German military leaders signed the surrender documents at various locations in Europe on May 8.

The surrender prompted mass celebrations in European and American cities. President Harry S. Truman dedicated V-E Day to President Roosevelt, who had died just weeks earlier, and is quoted with saying “Our victory is only half over,” in reference to continued fighting in the Pacific Theater. 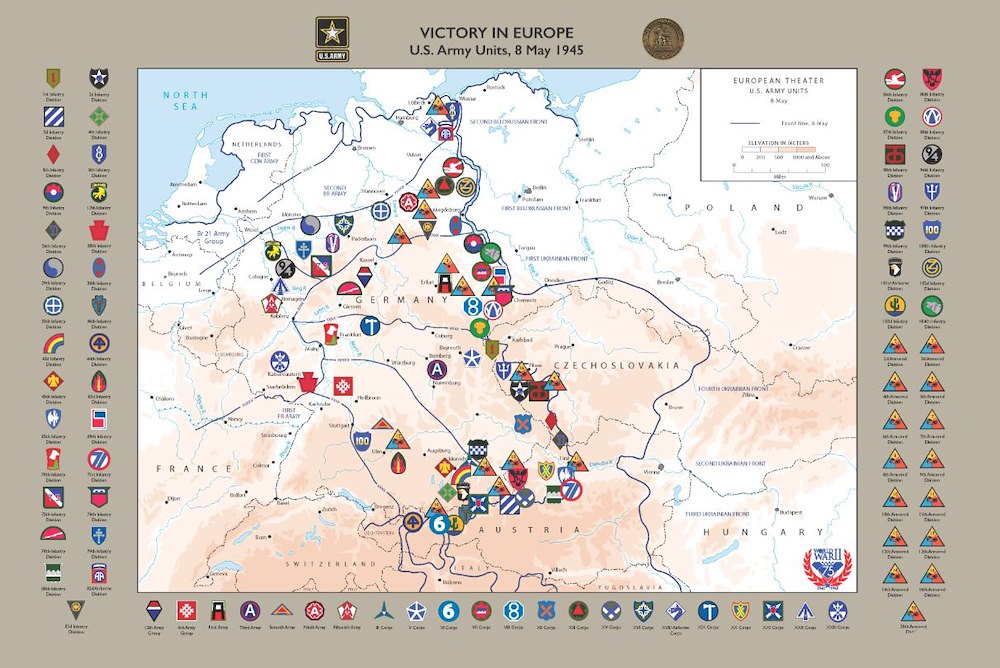 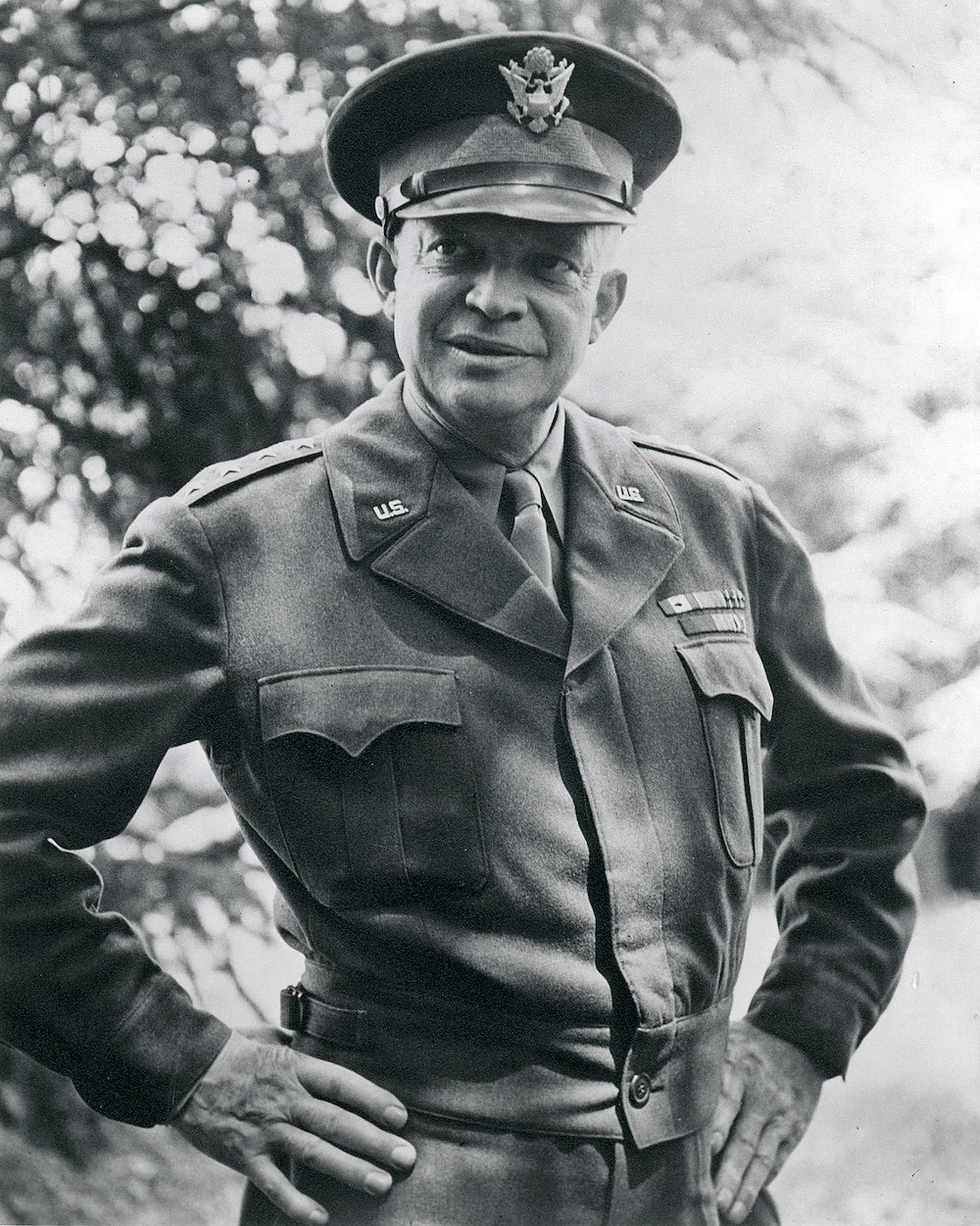 “The crusade on which we embarked in the early summer of 1944 has reached its glorious conclusion…Full victory in Europe has been attained”
General of the Army Dwight D. Eisenhower from his “Victory Order of the Day” memo, 8 May 1945 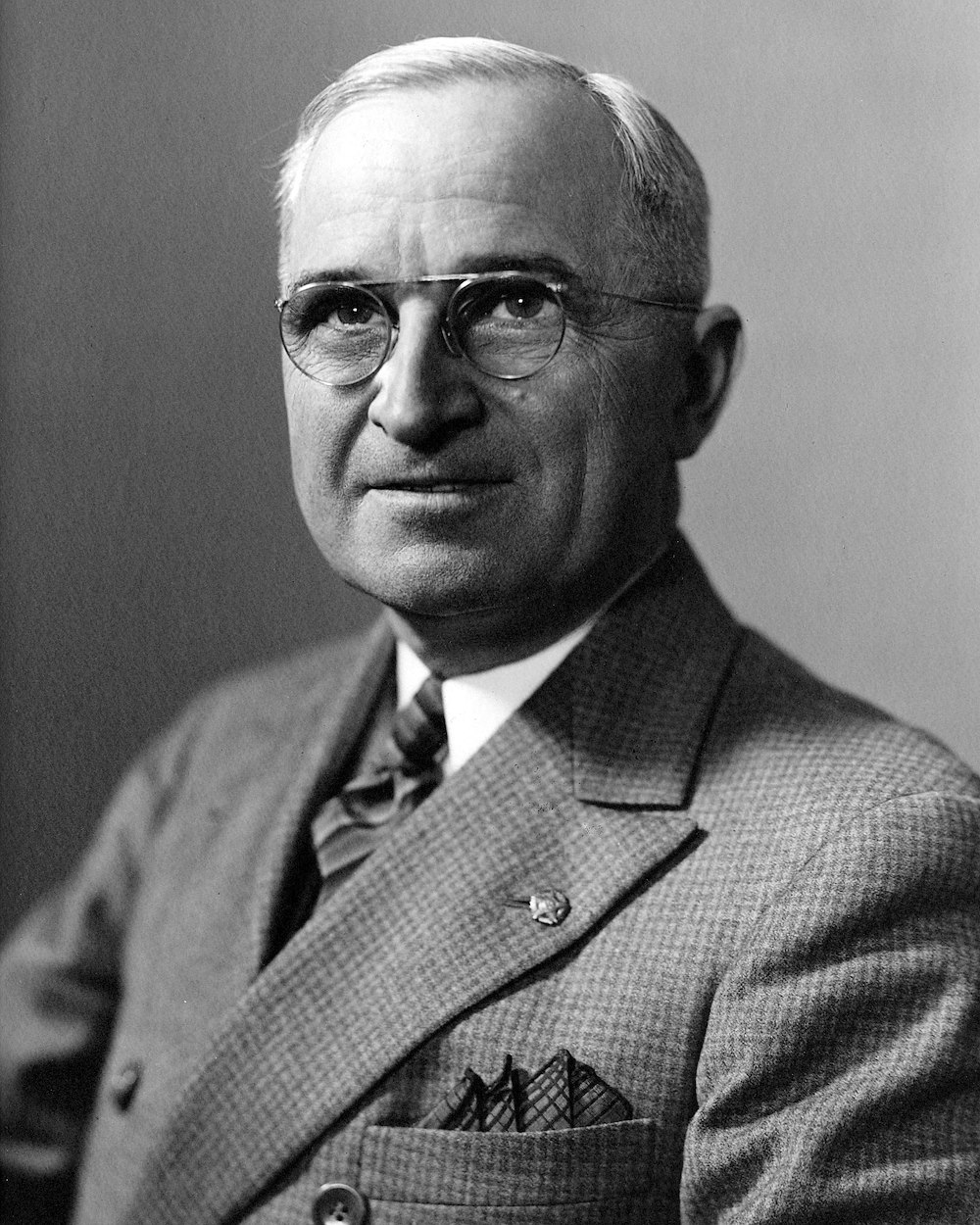 “The western world has been freed of the evil forces which for five years and longer have imprisoned the bodies and broken the lives of millions upon millions of freeborn men. They have violated their churches, destroyed their homes, corrupted their children and murdered their loved ones. Our armies of liberation have restored freedom to those suffering peoples, whose spirit and will the oppressor could never enslave.”
President Harry S. Truman, V-E Day Proclamation, 8 May 1945
How much do you know about V-E Day and World War II? Take the quiz below:
TAKE QUIZ

Victory in Europe day celebration. The revelers hold a copy of the May 8, 1945, London edition of the Stars and Stripes 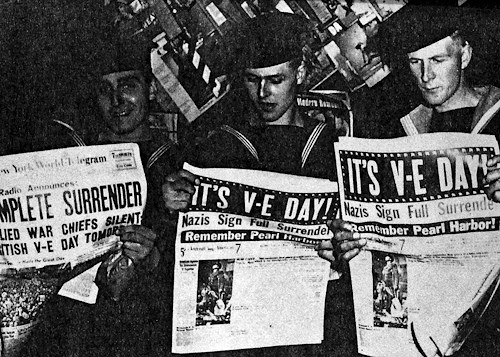 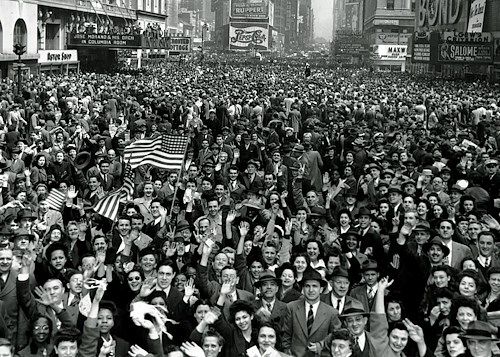 To view the historical significance the last weeks leading to May 8, 1945, click on the icons below as we count down to V-E Day’s 75th anniversary:

1 April 1945: Vaihingen (now Patch) Barracks (then Kurmärker Kaserne) is attacked by B-26 bombers of the 320th Bomb Group: https://home.army.mil/stuttgart/index.php/about/history

On this day in 1945, American and British army groups complete the encirclement of the Ruhr Pocket, trapping over 300,000 German troops, who eventually surrender two weeks later. Learn more here: https://history.army.mil/books/wwii/Occ-GY/ch14.htm

In this image, Royal Navy sailors in New York City read reports of Germany’s surrender, May 7, 1945. As we continue our countdown to VE Day’s 75th anniversary, see some of the many ways the U.S. Defense Department continues to commemorate World War II 75 years later: https://www.defense.gov/Explore/Spotlight/WWII/

On this day in 1945, the U.S. Army’s XVI Corps and XVIII Corps begin their assaults into the Ruhr Pocket from the north and south in an attempt to drive a wedge between German forces trapped there. Learn more here: https://history.army.mil/

On this day in 1945, more than 1,200 U.S. Eighth Air Force B-17 and B-24 bombers attack airfields, depots, marshaling yards and other sites across Germany. Learn more about our military’s aviation history here: https://www.archives.gov/research/alic/reference/military/american-military-history.html#aviation

Countdown to #VEDay75: #OTD in 1945, the U.S. Army's 100th Infantry Division (of General Patch’s U.S. Seventh Army) is involved in heavy fighting in Heilbronn, while other Seventh Army elements begin their attacks toward Schweinfurt and Nuremberg. Learn more about #WWII Allied efforts in Europe here: https://history.army.mil/html/bookshelves/collect/usaww2.html

Countdown to #VEDay75: On this day in 1945, the (U. S. Army North (Fifth Army) and British 8th Army begin their offensive to capture Bologna, Italy as part of final efforts to defeat German forces in the long-fought Italian campaign. Learn more about 5th Army here: https://www.arnorth.army.mil/About/pages/history.aspx

Ally aircraft shoot down 30 of 50 advanced German Me 262 jet fighters. The loss is fatal to the Luftwaffe and Berlin abandons its air defense. Learn more here: https://text-message.blogs.archives.gov/2014/12/16/the-german-jet-me-262-in-1944-a-failed-opportunity-part-i/

The U.S. 30th Division reaches the Elbe River as the U.S. 83rd Division establishes a bridgehead across the Elbe at Barby. Find out more about their efforts here: https://history.army.mil/brochures/centeur/centeur.htm

Fighters and bombers of the U.S. Twelfth Air Force attack roads, vehicles, and other transportation targets in support of the final Allied offensive in northern Italy. To learn more about Twelfth Air Force in WWII, visit: https://www.acc.af.mil/News/Article-Display/Article/1283208/marking-75-years-of-12-air-force-the-world-war-ii-years/

French First Army forces capture western portions of Stuttgart as units of the U.S. 100th Infantry Division enter from the east to complete the combined operation, which began several days earlier. Watch interviews of 100 ID veterans and others on the Library of Congress Veterans History site at: https://www.loc.gov/collections/veterans-history-project/

Units of the U.S. Third and Seventh Armies simultaneously cross the Danube River on their respective drives toward Austria and Munich. To learn more go to: https://www.history.army.mil

Army Air Forces Lieutenant Raymond Knight begins two days of a hazardous ground attack missions that costs him his life. He is posthumously awarded the Medal of Honor, the last in the European Theater. Read more about his actions at: https://www.af.mil/Medal-of-Honor/Knight/

U.S. First Army troops and Soviet Red Army troops meet up at Torgau on Elbe River marking the joining of Eastern and Western Fronts. To learn more go to: https://www.history.army.mil

All remaining German forces in Italy surrender to U.S. and British forces of General Mark Clark’s 15th Army Group. Read more about the end of the Italian Campaign at: https://history.army.mil/brochures/po/72-33.htm

The last Allied ship lost to a U-boat in U.S. waters is the merchant steamer Black Point. To read more about the end of the crucial Battle of the Atlantic, go to: https://www.history.navy.mil/content/history/nhhc/bw3-rowse-by-topic/wars-conflicts-and-operations/world-war-ii/1945/ve-day.html#2