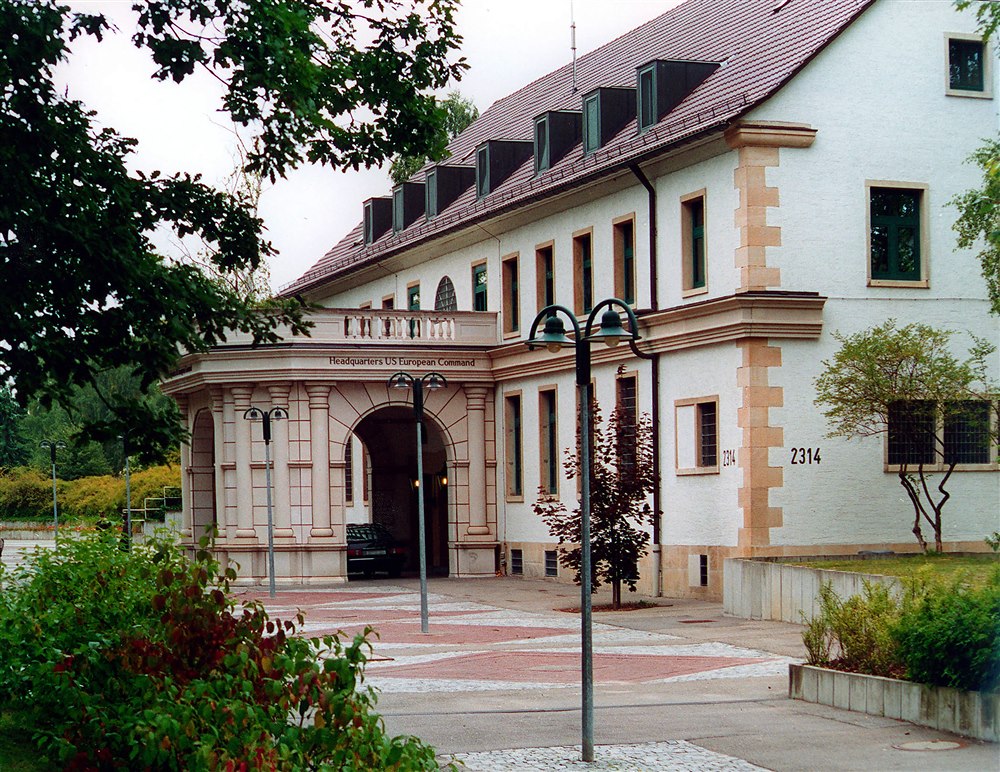 Since 1952, USEUCOM has participated in or provided support to more than 200 named operations varying from humanitarian and natural disaster relief efforts to peacekeeping and anti-terrorism/force protection operations across Europe. Its past is just as varied as its present. During the Cold War years, USEUCOM focused on preserving peace in Europe. Since then USEUCOM has deployed forces to support more than 95 contingency, NEO, and humanitarian operations and continues to build upon its proud heritage and achievements.

On December 14, 1946, President Harry S. Truman approved the Outline Command Plan, the first Unified Command Plan for U.S. forces. However, the United States did not fully develop the unified command structure in Europe until August 1, 1952, six years after USEUCOM was established. This delay was partly due to Army Gen. Dwight D. Eisenhower. He was reluctant to hold the dual responsibilities of commander of all U.S. forces in the European theater and Supreme Allied Commander Europe (SACEUR) of the North Atlantic Treaty Organization. However, on May 19, 1952, he informed the Joint Chiefs of Staff that he would assume direct command of U.S. forces in Europe and establish a separate staff under a deputy to conduct joint U.S. military affairs.

Gen. Matthew B. Ridgway       On May 23, 1952, the Joint Staff approved General Eisenhower’s concept. Five days later he appointed Army Gen. Thomas T. Handy as his deputy and directed him to establish the “new” unified command. Following Gen. Eisenhower’s return to the United States, Army Gen. Matthew B. Ridgway became the SACEUR on May 30, 1952. Ridgway declared his willingness to handle the dual responsibility as the Commander in Chief of United States European Command (USCINCEUR). In 1952, he delegated authority for the direction and control of USEUCOM Headquarters to his deputy, General Thomas T. Handy. This continues to be essentially the same leadership structure today.

General Order No. 1 established the new unified command on August 1, 1952, and General Order No. 2 of the same date combined the three European commands—U.S. Air Forces in Europe; U.S. Army European Command (redesignated as U.S. Army Europe, USAREUR); and U.S. Naval Forces, Eastern Atlantic and Mediterranean, under the new headquarters, the United States European Command aka USEUCOM. In 1952, the headquarters operated temporarily in I.G. Farben Hochhaus (renamed the C. W. Abrams Building) in Frankfurt. It remained there for two years until permanent facilities were available.

Patch Barracks, Vaihingen, 1955       In 1954, USEUCOM headquarters relocated to Camp-de-Loges just outside Paris to be near Supreme Headquarters Allied Powers Europe. In the early 1960s, sharp policy disagreements emerged within NATO, and in 1966, French President Charles De Gaulle demanded the removal of all U.S. and NATO headquarters and forces from French soil. The search for new quarters led to HQ Seventh U.S. Army departing Patch Barracks in Stuttgart-Vaihingen, Germany, so USEUCOM headquarters could set up there March 15, 1967.

Undated image from Patch Barracks      In the post-war period, EUCOM dealt with continued U.S.- Soviet tensions, including widespread unrest in Eastern Europe following Joseph Stalin’s death. EUCOM also conducted out-of-sector operations such as major contingency operations to Lebanon in 1958. In 1961, Berlin once again became a flashpoint when the Soviets erected a wall to stop the hemorrhage of people feeling Communist rule.

West German citizens gather at a newly created opening in the Berlin Wall at Potsdamer Platz in November 1989.

In 1989, the Soviet Union and its empire in Eastern Europe collapsed and the Cold War ended. The reunified Berlin citizens tore down their wall. As a sign of reduced tensions, USEUCOM took its airborne command post off alert in 1991 and provided forces to U.S. Central Command for another out-of-sector operation, Desert Storm. 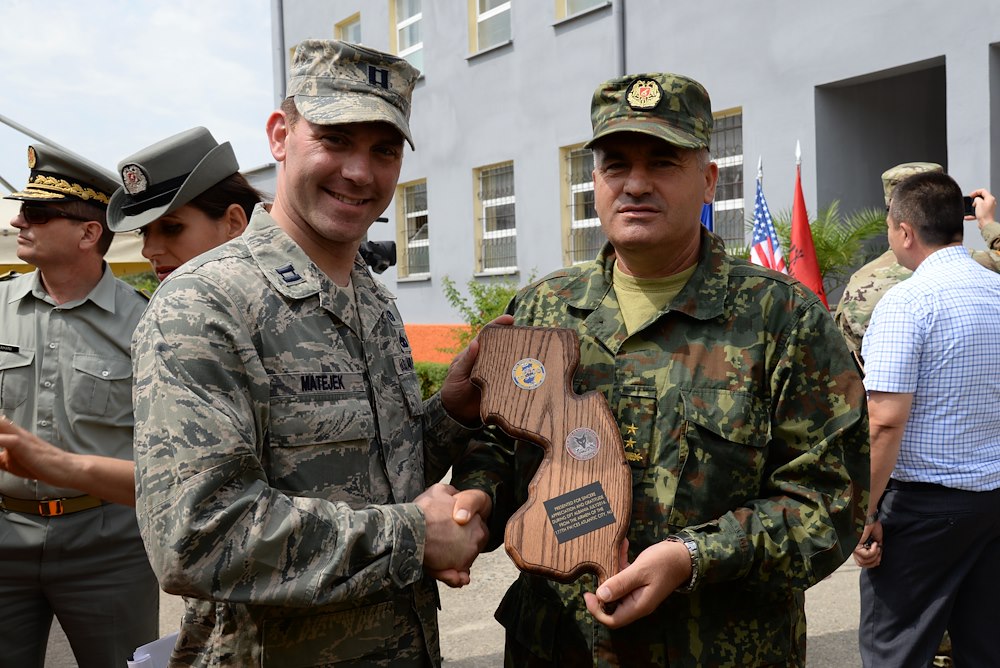 As Part of the State Partnership Program, in 2016, the New Jersey Air National Guard civil engineers conducted Humanitarian and Civic Assistance renovation projects in Albania            USEUCOM reached out to emerging democracies through programs such as the Joint Contract Team Program, NATO Partnership for Peace and the National Guard Bureau State Partnership Program. It actively pursued peace and stability operations in the Balkans, including Bosnia, Macedonia, and Kosovo. But it had to conduct these new missions with fewer assigned forces as its troop numbers fell below 120,000.

Immediately after the September 11, 2001, terrorist attacks in the United States, NATO invoked the treaty’s Article V and deployed a NATO early warning aircraft to help monitor the North American skies. USEUCOM provided major forces for operations in Afghanistan and Iraq and stepped up its efforts to protect U.S. interests in Europe and Africa. Subsequent terrorist attacks in the USEUCOM theater of Casablanca, Madrid, London and Algiers made it clear that terrorism demanded a collective response. USEUCOM worked to build partner capacity in Europe and Africa for peacekeeping operations and deployments to Iraq and Afghanistan. USEUCOM launched Operation Enduring Freedom—Trans-Sahara in 2007 while continuing to provide rotational forces to Afghanistan and Iraq.

On Oct. 1, 2008, a portion of USEUCOM’s initial work was divided as the United States established U.S. Africa Command, also located in Stuttgart, Germany, allowing USEUCOM to focus on interests in Europe and the Caucasus.