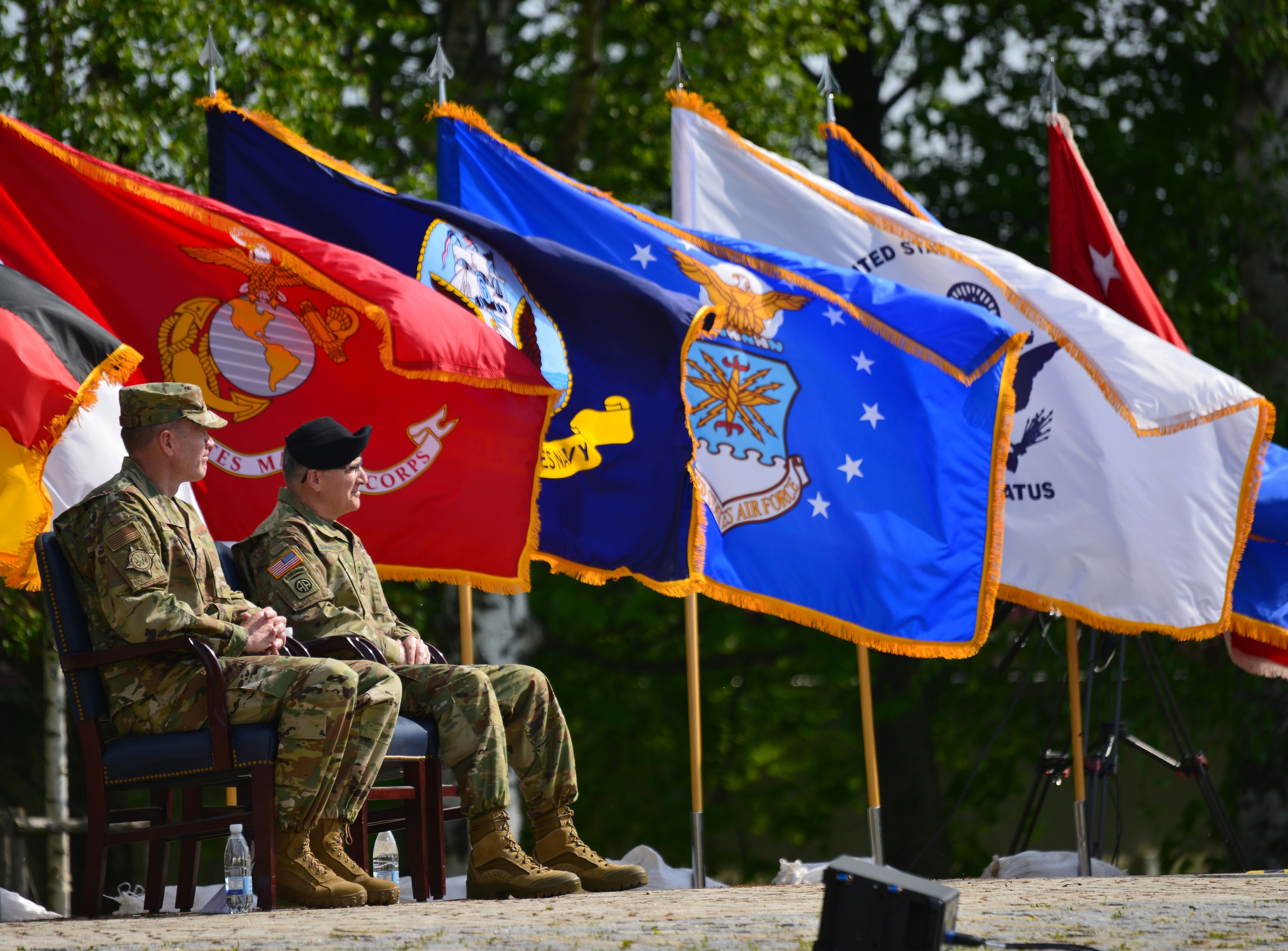 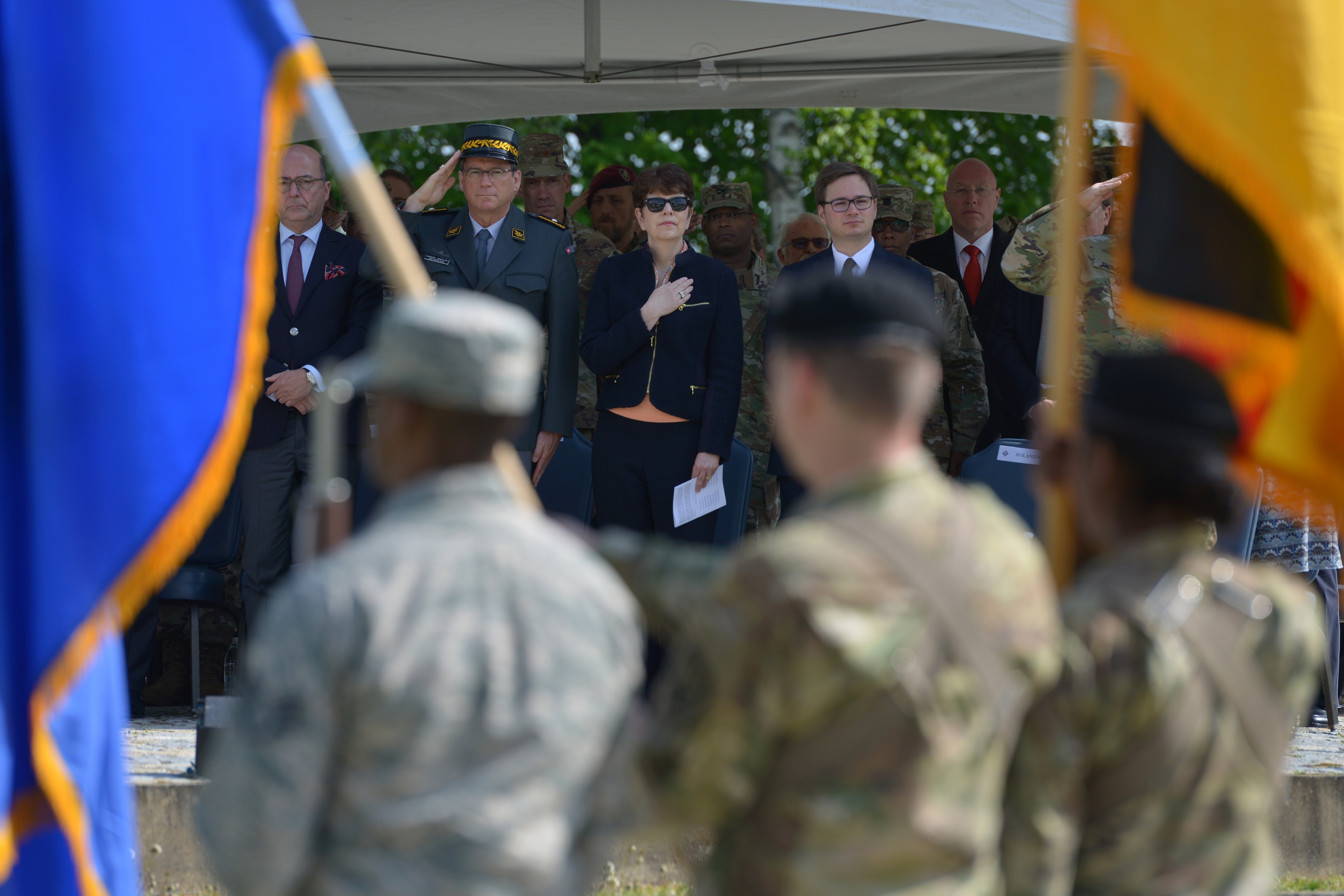 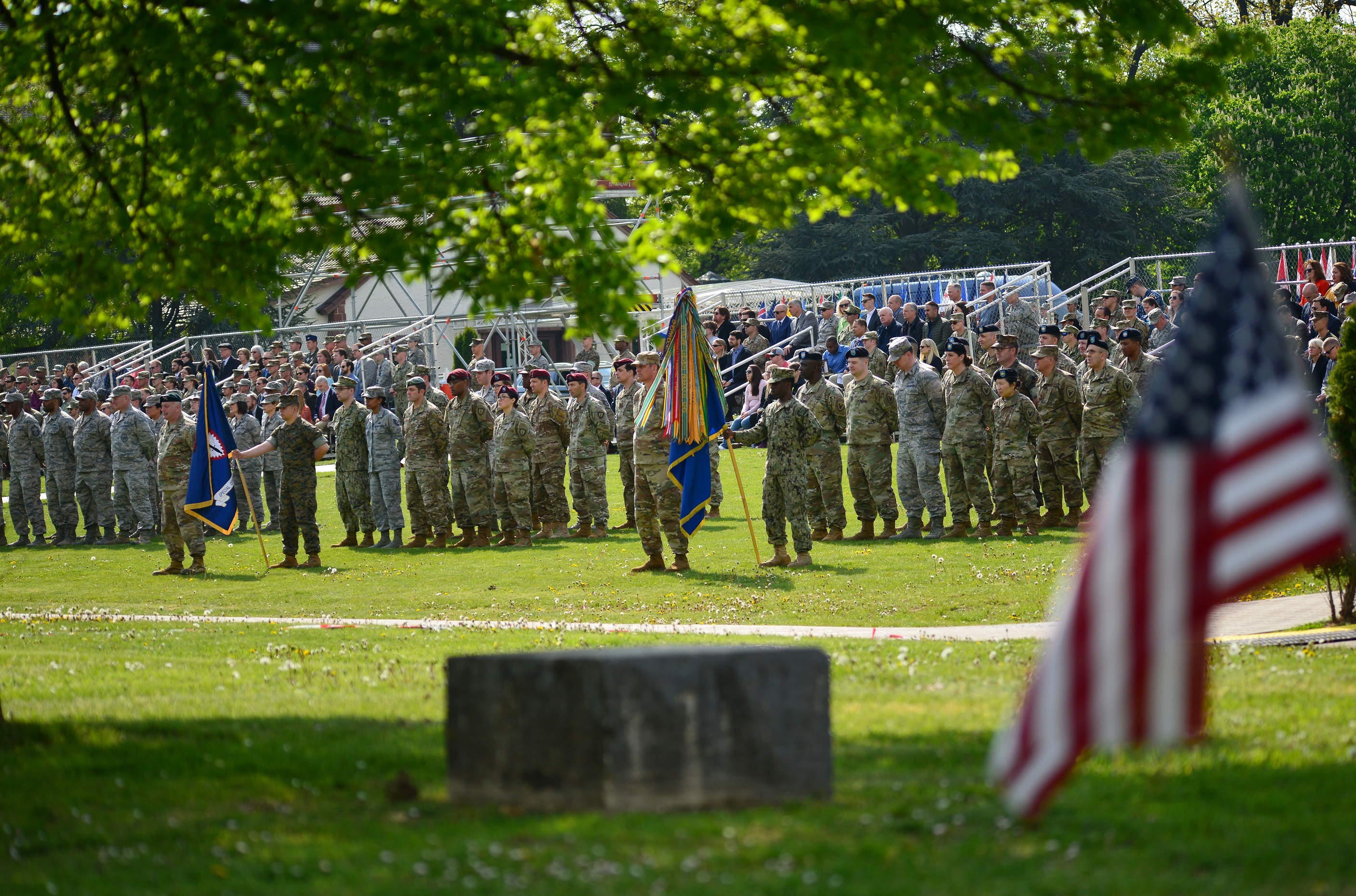 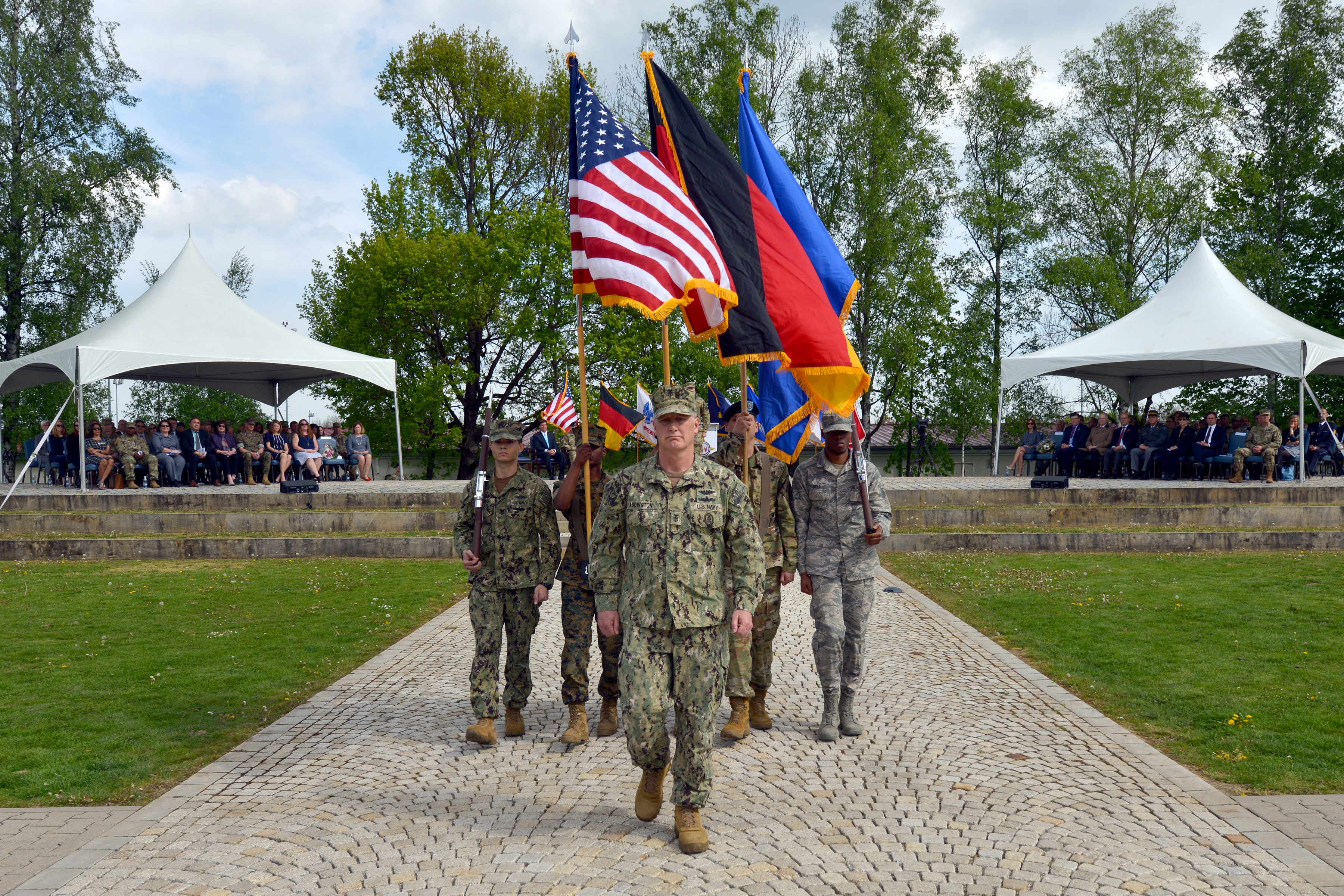 Wolters is the 18th USEUCOM commander and will also serve as the 19th Supreme Allied Commander Europe for NATO Allied Command Operations. As the USEUCOM commander, Wolters is charged with leading more than 68,000 soldiers, sailors, airmen, Marines, coast guardsmen, and civilians across the area of responsibility spanning 51 countries and territories.

The change in leadership comes at an important time for the command, which has remained focused on meeting the challenges of a complex and dynamic operating environment. In his remarks, Scaparrotti discussed evolving threats throughout the region during his tenure, emphasizing the command’s ability to adapt to an ever-changing landscape.

“We’ve faced revisionist powers and non-state actors challenging the interests of the United States and our allies and partners in Europe,” he noted. “The security environment has become more complex, trans-regional, and certainly more challenging. We have been tested – and proved vigilant, strong, and ready.”

According to Scaparrotti, those accomplishments were made possible through the work of talented and tireless leaders throughout the command. He also expressed gratitude to German allies and the continuous support they provide to USEUCOM.

“I want to thank our German hosts, and the special city of Stuttgart. Since 1967, thousands of U.S. service members and their families have called Stuttgart home,” said Scaparrotti. “The wonderful experiences they have had here are forever woven into the tapestry of their lives, just as Stuttgart is now a special place for Cindy and me.”

Secretary of the Army, Dr. Mark T. Esper, who presided over the event, said the command benefited tremendously while under Scaparrotti’s watch, and will continue to thrive under Wolters’ leadership.

"For 57 years, EUCOM has been defending freedom, standing bravely alongside a resilient network of like-minded partners and allies,” said Esper. "The men and women of this command symbolize America's enduring commitment to Europe, the NATO alliance, and freedom around the world."

Upon taking the helm, Wolters praised Scaparrotti’s leadership and impact on the men and women of the command and the mission.

"The guarantee with General Scaparrotti [is] that you're in great hands and you could not be better led," said Wolters. "He is always vigilant, always responsible, always detailed."

Wolters addressed those he now serves alongside, saying, "You've demonstrated a relentless desire to engage and embrace a whole-of-government, whole-of-nation, and whole-of-alliance approach. It has dramatically enhanced our alignment and transparency. We won't relent on building relationships and nurturing trust."

Wolters is a graduate of the Air Force Academy, where he received his commission in 1982. Wolters is a command pilot with more than 5,000 flying hours in the F-15C, F-22, OV-10, T-38, and A-10 aircraft. He has been assigned to numerous operational, command and staff positions throughout his career.

U.S. European Command is one of two U.S. forward-deployed geographic combatant commands whose area of focus spans across Europe, portions of Asia and the Middle East, and the Arctic and Atlantic oceans. The command is comprised of more than 60,000 military and civilian personnel, and is responsible for U.S. defense operations and relations with NATO and 51 countries. For more information about U.S. European Command, visit https://www.eucom.mil/.