HOHENFELS, Germany – All his adult life, he’s been a Soldier and he doesn’t care who knows it. That’s why he makes it a point to educate Congress and the public on the merits of America’s land force. His career started in 1959, and the Army has been his passion ever since, and retired Army Gen. Gordon R. Sullivan, the president and chief operating officer of the Association of the United States Army (AUSA) and the 32nd Chief of Staff of the Army observed Kosovo Force training on Nov. 16 in Europe, after mentoring Noncommissioned Officers and Officers at leadership development discussions on Grafenwoehr and the Hohenfels Training Area.

He imparted history and insights, offered praise for the enduring commitment of today’s Soldiers and families, and talked about the importance of teamwork.

“We’ve got to get out of this fight, and here’s how you’re going to do it — with the team you have,” he said. “It’s not the team you might have. It’s the team you’ve got that counts. You have to turn the advantages they bring into accomplishments on the battlefield.”

When asked about the force structure in Europe, Sullivan said the message to Congress is that the U.S. Army in Europe is not only necessary, it’s essential.

“The message is we have National Guard units from the United States training alongside other armies who will be participating with them down in the Balkans in Kosovo, that’s huge! You can’t get that in the United States.”

“You can’t replicate that in the United States,” Sullivan said. “Many of these countries like Poland, Romania and Bulgaria can’t afford to send their Soldiers to the United States to do it.”

The value of having a forward-based combat training center exceeds the costs, said Sullivan.

“The value transcends the dollars. This is a transcendent experience here because it’s optimizing the human potential from other nations, Sullivan said. “The United States is an important member of the North Atlantic Treaty Organization (NATO). The U.S. Army commitment and the U.S. national commitment as it is manifested here at this training center [JMRC] is a part of that commitment,” he said.

Sullivan pointed out that the Soldiers could look around,and see success right here in their own backyard. 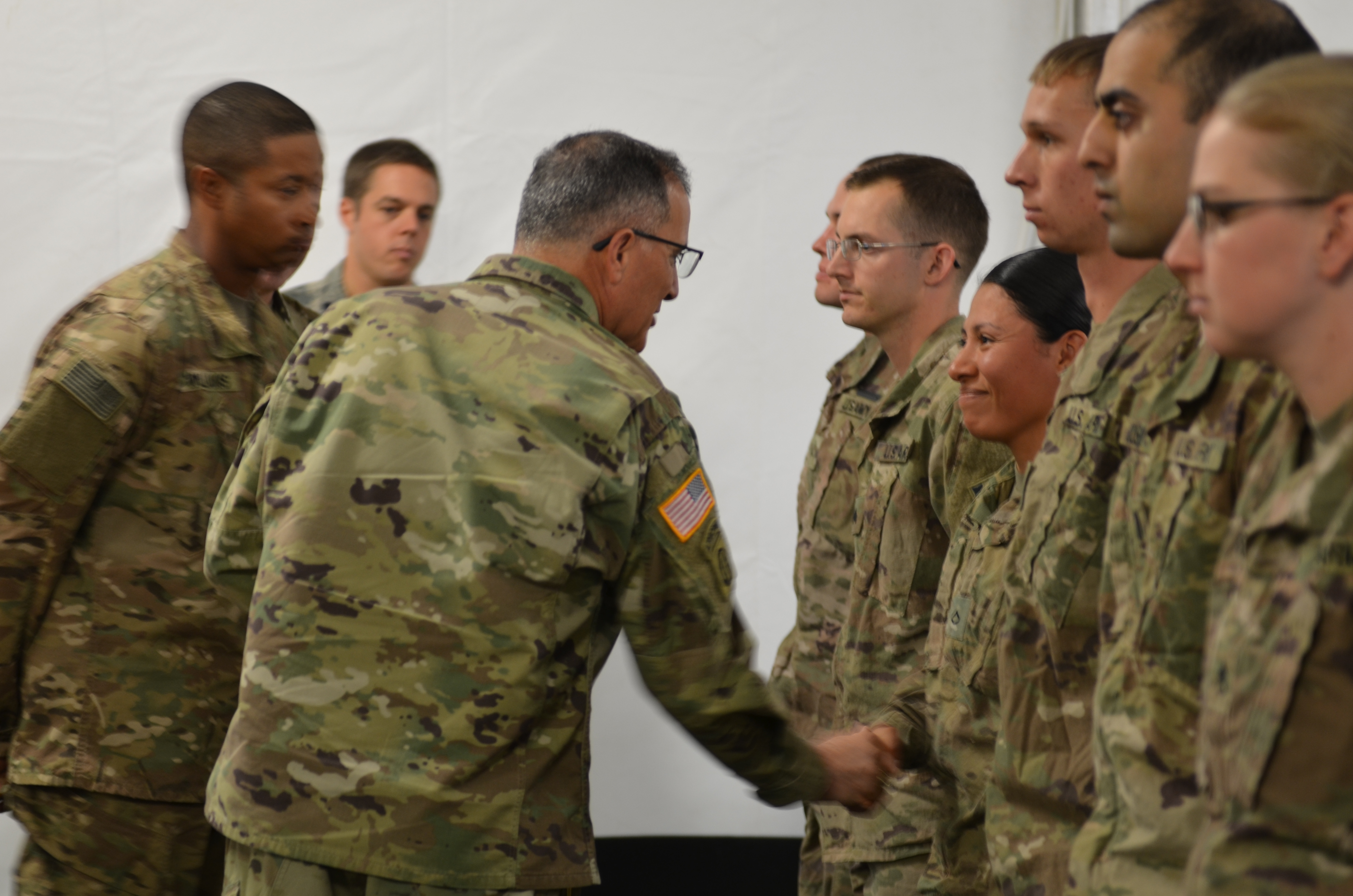