EUCOM
Contact Us Press Releases Subscribe
MEDIA LIBRARYReady Forces
KFOR gives UXO class to local children
In a land that has seen many wars and conflicts, Unexploded Ordnance is a real concern. Explosive Ordnance Disposal Unit Soldiers from Poland and the United States held a class in Kamenice/Kamenica, Jan. 18, to inform the local children of the potential dangers they face.
By Spc. Brian J. Holloran, 130th Public Affairs DetachmentAug 26, 2011

Kamenice/Kamenica, Kosovo – In a land that has seen many wars and conflicts, Unexploded Ordnance is a real concern. Explosive Ordnance Disposal Unit Soldiers from Poland and the United States held a class in Kamenice/Kamenica, Jan. 18, to inform the local children of the potential dangers they face.

“The class was designed to show the kids here that some places are still dangerous, and to let the kids know what to do if they find something,” said Sgt. 1st Class Kevin Vanklompenberg, operations sergeant, 745th EOD, Task Force Falcon, Multinational Battle Group East.

The class, made up of ethnic Albanians, Serbians and Roma children, was shown examples of inert UXO.

“We showed them some examples of what to look out for,” said Vanklompenberg, a member of the Michigan National Guard. “I think any interaction with the local kids or adults help the locals remain aware of the danger of UXO, but classes like this with pictures and training aids really drive home what to look for.”

Since arriving in Kosovo in July more than 450 pieces of UXO have been destroyed by the 745th.

“The UXO threat is extremely prevalent here,” said Vanklompenberg, a resident of Holland, Michigan. “After the last war a lot of the munitions were not accounted for or were left in caches, either in tunnels or buried underground. It is for that reason we want to make sure everyone knows what UXO could look like and what to do if they see it.”

During the classroom portion of the lesson the children were instructed on what to do if they happen to see a UXO, or something they suspect could be a UXO.

“We want them to know to leave it alone, walk back the way they came and tell their parents or (Kosovo Police),” said an EOD technician.

Once the classroom portion was finished the EOD soldiers put on a display with their robot and their bomb suits.

“The displays were great,” said Arian Mavrigi, a teacher at the youth center. “The kids really enjoyed being able to see the robot in action and see how it works. The soldiers let the kids play with the robot also, so they can see how to control it. All-in-all it was a great chance for the kids to talk to the soldiers and for them to learn a very important message.”

“The most important lesson the kids here could learn is if they don’t know what something is, just leave it alone,” said Vanklompenberg. 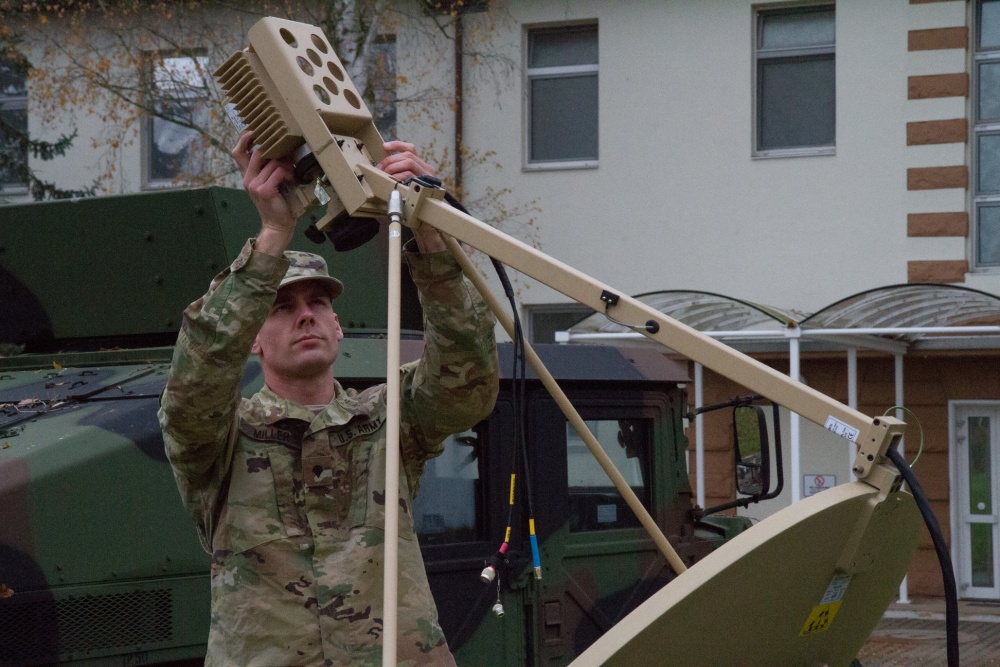