Exercises strengthen the capacity of Allies and partners to defend themselves and enable their full participation while maximizing interoperability.

U.S. European Command (USEUCOM) exercises enable Allies and partners to respond more effectively to regional crises and to meet their own security needs. In 2020, USEUCOM looks to execute its NORTHERN EXERCISE PORTFOLIO, which continue to demonstrate U.S. support to NATO and its focused commitment to deterring Russian aggression.

As with all USEUCOM exercises, the NORTHERN EXERCISE PORTFOLIO exercises are defensive in nature, completely transparent, and follow international norms and laws.

Read below to find out more about eight exercises and to learn how they fit into the USEUCOM mission.

Exercise Cold Response 2020 is the first in a series exercises in northern Europe in which U.S. European Command forces will exercise our capability to deploy large numbers of U.S. forces in support of our European NATO allies and partners. The exercise is designed to enhance military capabilities and allied cooperation in high-intensity warfighting in a challenging Arctic environment with rugged terrain and extreme cold weather.

Northern Viking is a U.S. Air Forces in Europe-led NATO and partner nation exercise based on a 1951 bilateral treaty between the Government of Iceland and the U.S. It validates the readiness status of the participating countries and their ability to respond quickly to conflict and emergencies.

The largest deployment of U.S.-based forces to Europe for an exercise in the more than 25 years exercise DEFENDER-Europe 20 is the deployment of a division-size combat-credible force from the United States to Europe, the drawing of equipment and the movement of personnel and equipment across the theater to various training areas. 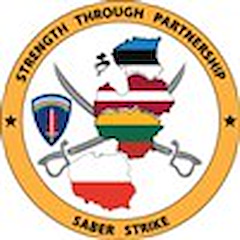 An annual combined-joint exercise conducted at various locations throughout Estonia, Latvia, Lithuania and Poland. About 18,000 participants from 19 different countries take part. The combined training during Saber Strike prepares allies and partners to respond to regional crises and meet their own security needs by improving the security of borders and countering threats together.