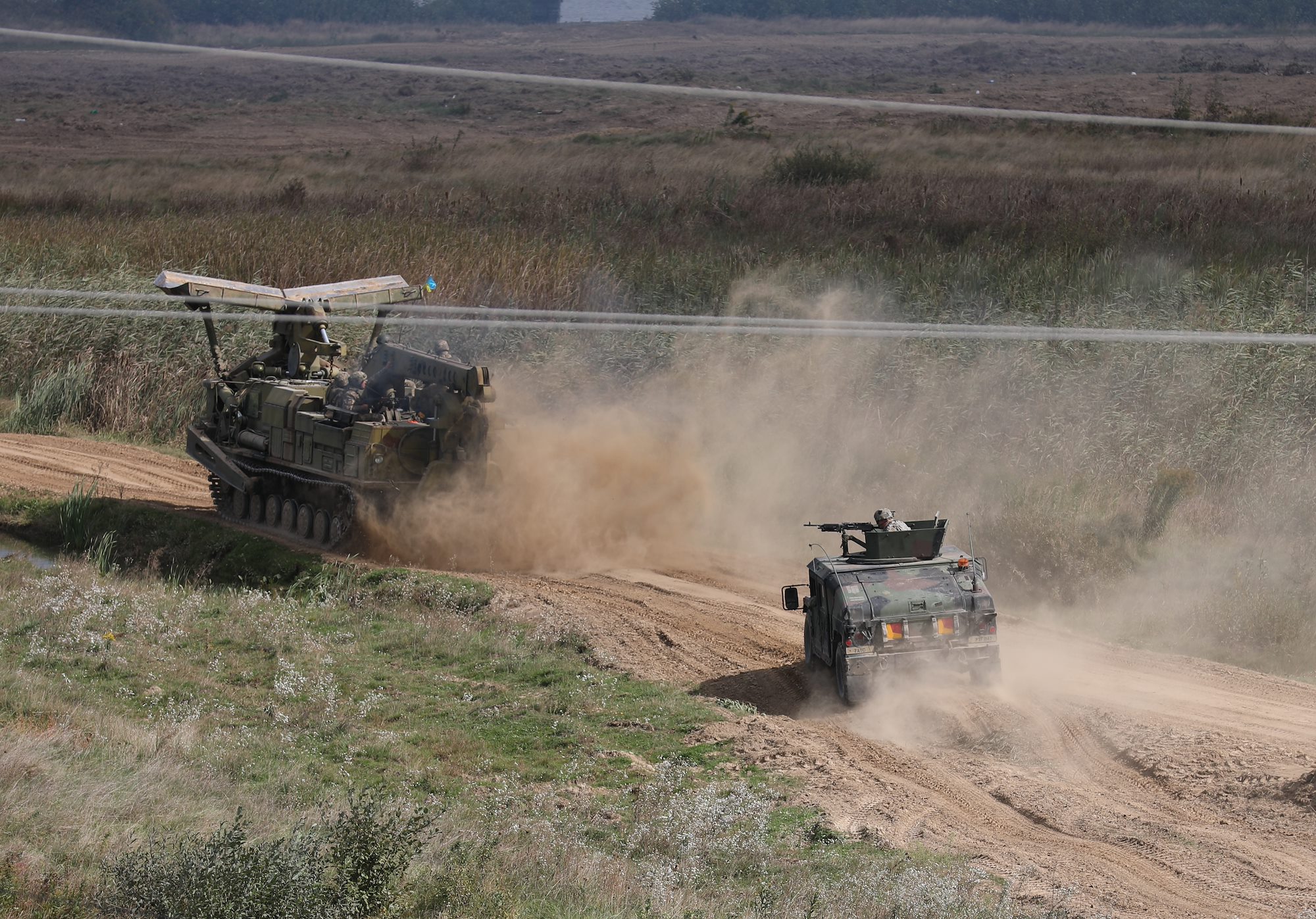 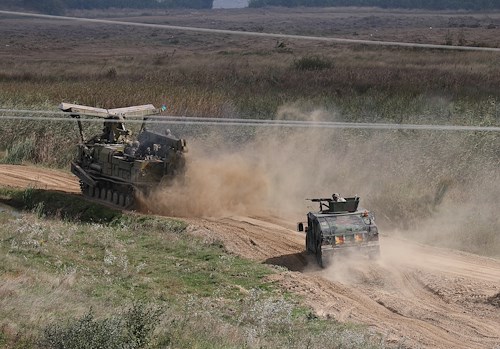 U.S. and Ukraine forces put on a show for distinguished visitors 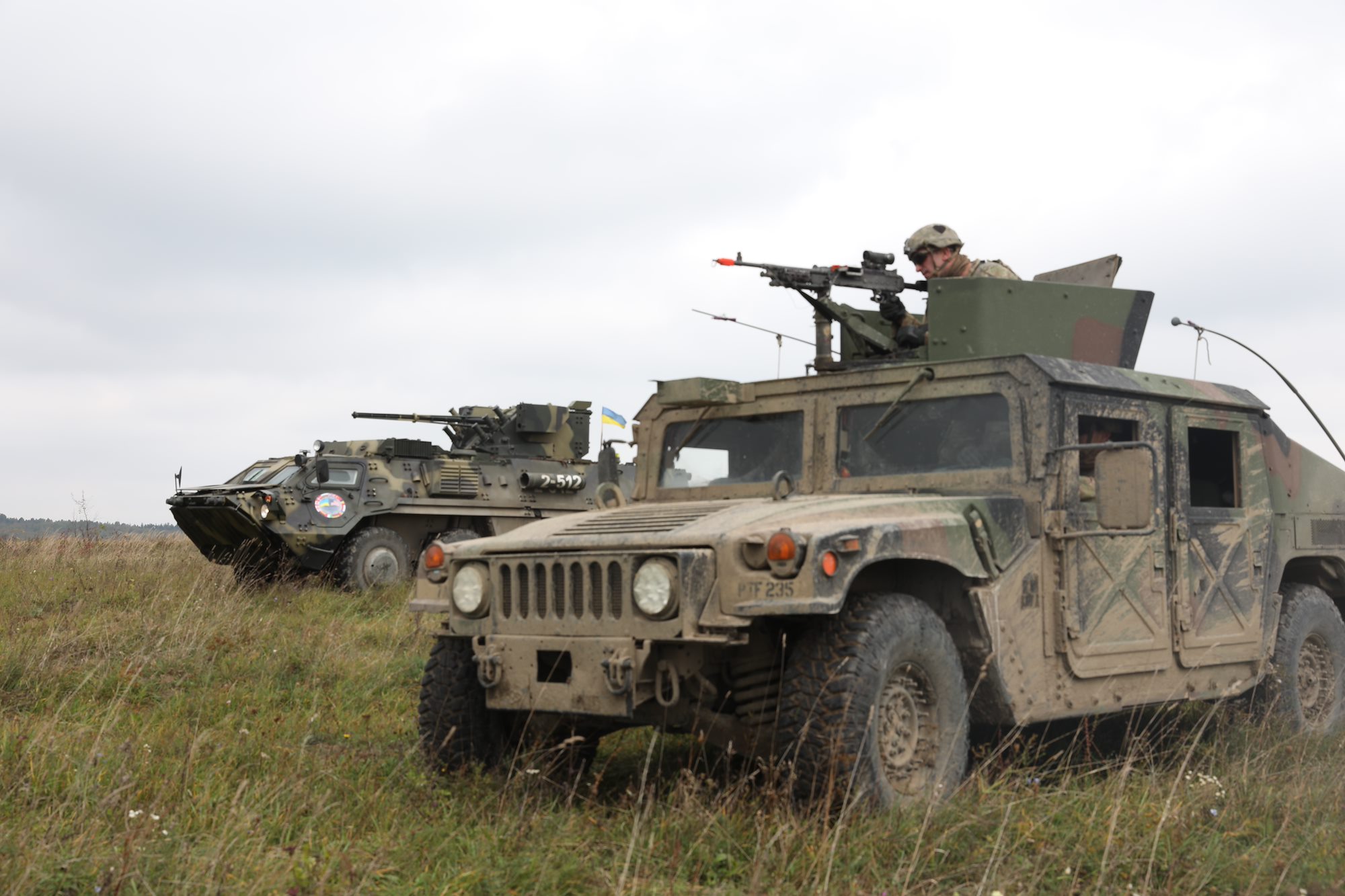 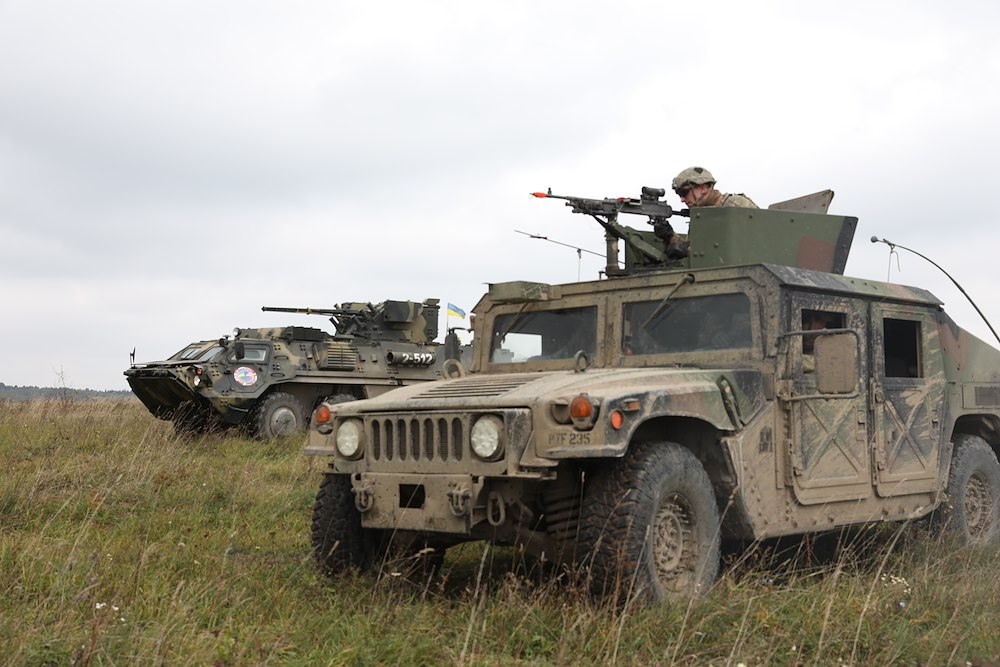 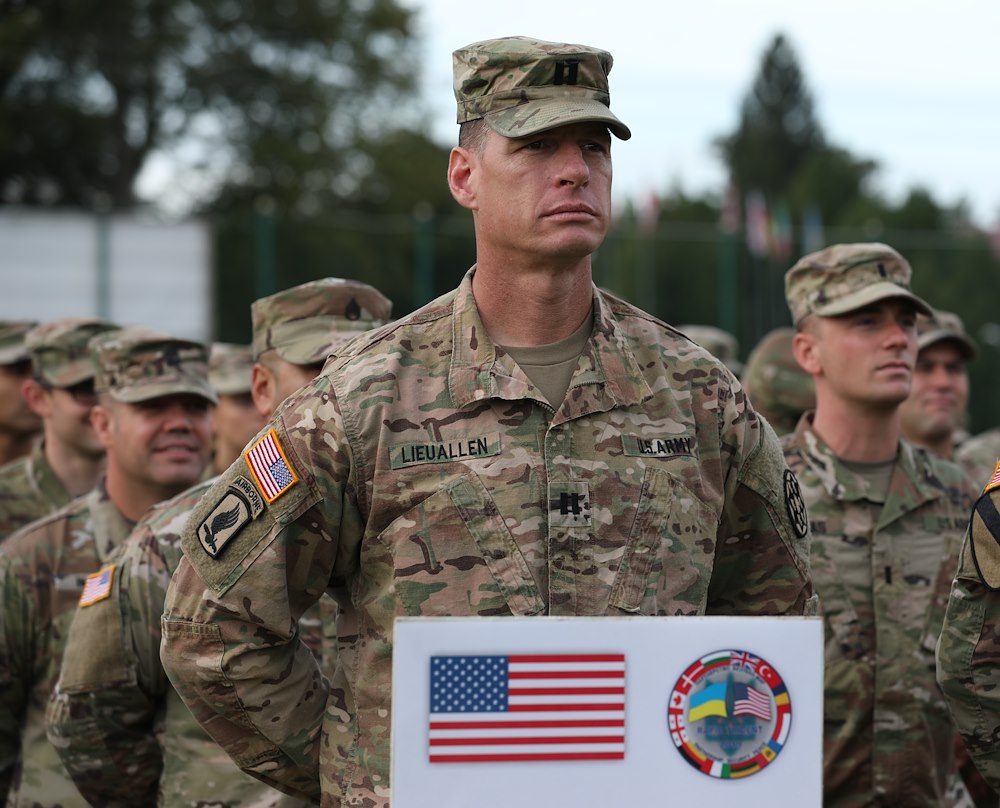 After two weeks of coalition forces training that included the largest U.S. and Ukraine wet gap crossing, the first ever U.S. and Ukraine live fire exercise and numerous other training demonstrations, the training efforts by the 101st Airborne Division (Air Assault) were on full display as they trained the Armed Forces of Ukraine for months prior to the exercise.

“We came here as mentors,” said Lt. Col. Michael Starz, commander of 1st Battalion, 26th Infantry Regiment, 2nd Brigade, 101st Airborne Division (Air Assault). “We take a lot of pride in the fact that Brigades leave here to fight in the conflict in the East.”

While most countries travel back to their native region, some will stay as the Ukrainian forces, freshly trained, travel to the East for their ongoing war. The units who participated in the training appeared eager to learn alongside their American counterparts to transform their Army to meet North Atlantic Treaty Organization (NATO) standards.

“We use sample scenarios, we use multinational [equipment] and we plan future actions together with our colleagues,” said Armed Forces of Ukraine Maj. Artem Karpus, deputy commander of the Civilian Defense Battalion. “We use NATO standards because it is important for us and because we want to be professionals.”

As advisors, U.S. Troops trained the Ukrainians on decontamination of military vehicles, room clearing techniques and medical training. Shots fired in the distance as the medical team composed of U.S. and Ukrainian forces ran to the aid of a simulated casualty and the rest of the squad provided perimeter security.

“Casualty care is not just something specific to the U.S, it really applies to any combat situation,” said Staff Sgt. Nate Mitcavish, a civil affairs noncommissioned officer with the civil military cooperation field team one. “We trained the Ukrainian forces on conducting tactical combat casualty care while under fire and I was really impressed with how quickly they were able to learn and would be glad to work with our Ukrainian partners in the future.”

The exercise concluded with the first ever U.S. and Ukraine live fire demonstration with various vehicles and squad movements, as Ukrainian BMP-1s rolled over the vegetation and U.S. high mobility multi-wheeled vehicles guided the uneven terrain providing fire support with M-2 .50 caliber and M-240B machine guns mounted on the turrets.

“It is the first time that we integrated Ukrainians firing large direct fire weapons systems and indirect fires alongside U.S. forces doing the same,” said 1st Lt. Daniel Jones, platoon leader for 2nd Platoon, Company D, 1st Battalion, 26th Infantry Regiment, 2nd Brigade, 101st Airborne Division (Air Assault). “Both mounted and dismounted personnel need to move with adjacent fire covering them and the .50 cal. and 240B allow them to do that.”

Every objective trained and completed during RT19 was important for the development of the Armed Forces of Ukraine and building the defense of their border and multinational interoperability. This will ensure a stronger and more united Europe for the collective defense against all potential adversaries.

“I want to thank every nation here today for their hard work and dedication,” said U.S. Army Col. Tim Cleveland, the exercise co-director. “It was all of your hard work that made Rapid Trident 19 a great success.”