Even with multiple operations occurring around the world, whether within combat zones or international partner training situations, the service members of the U.S. Special Operations Command Europe found time to pause momentarily Jan. 19 to celebrate their history. The command headquarters held a small observance in the Patch Chapel on the eve of its anniversary to celebrate 56 years of existence.

Maj. Gen. Michael Repass, SOCEUR commander, praised the men and women of the command for their extraordinary efforts in support of the Special Operations personnel deployed globally, and he reminded them that they are living and creating SOCEUR history every day.

“Your personal history and that of SOCEUR are running concurrently,” said Repass. “Twenty years from now, you will look back and remember where you were, and know that you have been part of something special that is now part of history.”

SOCEUR’s story began when U.S. European Command’s commander-in-chief established Support Operations Command Europe in Paris on Jan. 22, 1955 to provide peacetime planning and operational control of special operations forces conducting unconventional warfare in the European Command area of responsibility. Later in 1955, European Command (EUCOM) re-designated the command as Support Operations Task Force Europe (SOTFE). In 1967, based on France’s withdrawal from NATO, SOTFE relocated from Paris to Panzer Kaserne near Stuttgart to better facilitate interaction with European Command. One year later, the SOTFE relocated five miles down the road to its current location on Patch Barracks. On May 30, 1986, it was confirmed by the Joint Chiefs of Staff as a subordinate unified command of EUCOM and the Commander assumed his current dual-hatted role as both the SOCEUR commander and the EUCOM Special Operations Director.

With the fall of the Iron Curtain in 1989 and the disestablishment of the Warsaw Pact in 1991, the command shifted its focus from Soviet containment to hot spots around Europe, Africa and the Middle East. SOCEUR and its components have since planned and executed special operations during Operations Desert Storm, Provide Comfort and Provide Comfort II. In addition, the command has executed many operations not as publicly well known, such as Silver Anvil in Sierra Leone and Atlas Response in Mozambique just to name a couple. It has conducted Non-Combatant Evacuation Operations in locations such as Lebanon, Sierra Leone, Chad and Liberia as well. In the Balkans, SOCEUR forces participated in multiple named operations to include Joint Endeavor, Joint Guard and Allied Force. Currently, SOCEUR forces contribute to Operation Iraqi Freedom, Operation Enduring Freedom and ISAF SOF Task Forces 10, 49, 50 and 77 in Afghanistan.

At the conclusion of the ceremony, Repass took part in a cake-cutting with the senior officer and NCO from each of the four services that comprise the headquarters staff. Each used cutting implements that best commemorated the spirit of the service they represent. Repass and Sgt. Maj. Gregg Hayes cut with the First Special Service Force’s V-42 Stiletto, to commemorate all special operations forefathers, and Col. Buck Dellinger, the SOCEUR J-5, used a Norwegian Commando knife to represent close ties with international partners. In addition, service leaders used an Army MACV/SOG Combat knife, Naval Cutlass, Marine Mamaluke Sword and a sharpened Air Force aircraft turbo prop to represent the four services.

As he concluded his remarks, to reinforce his assertion that the men and women of SOCEUR continue to build upon its collective history, Repass reminded everyone, “you are taking part in history, and are directly involved in something special.” 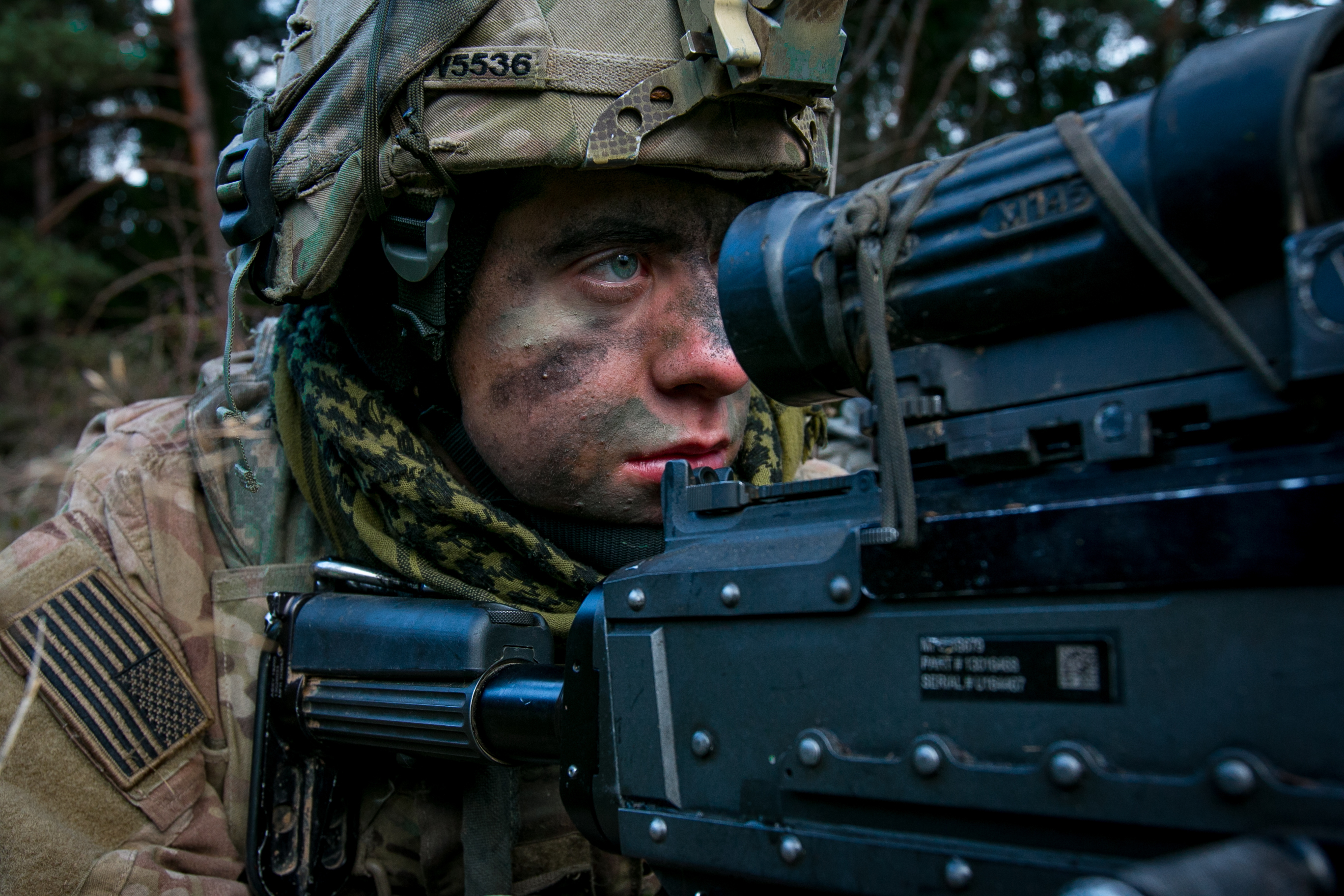